Unrest: An RPG unlike any other

Welcome back to another Kickstarter Conversation!  I am pleased to be joined by Arvind Yadav from Pyrodactyl Games who is here to talk to us about his first Kickstarter, “Unrest.”  Thank you for joining us today Arvind!

Hi, it is a pleasure to be here!

Unrest was brought to my attention from one of my readers Lars Igesund who was right in thinking your particular kind of project would pique my interest.  Would you care to give us a bit of an overview of Unrest?

Sure. Unrest is a role playing game - less in the sense of you finish quests, get experience, maybe a new piece of equipment - and more in the sense that you play the role of a character in the game world. We are focusing on the stories of ordinary people instead of a traditional chosen one style character, and we are exploring a setting that hasn’t really been done before in games - ancient India. 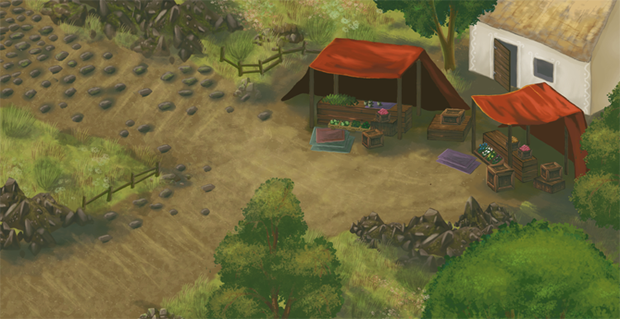 I think the first thing that springs to mind when hearing a description of Unrest is, “Holy crap that’s a lot of writing!”  Seriously as someone who has looked into several ways to write interactive fiction I have an inclining as to how complicated “just” four main storylines could be to write.  How big a writing task has this project been?

It has been a substantial task, and we are still doing some writing. However, since that is one of the main focus areas of the game, we have taken the load into account and are managing to do pretty good at the moment.


The second thing that obviously springs to mind is, “hey look it’s not a European or American setting!”  Where did the setting and story come from? Is this a case of “write what you know?”

I’ve always wanted to do a game in ancient India, it was something that was always in the back of my mind. During the game’s conception, I pretty much had a “eureka” moment, and I ended up with a basic design document for Unrest. That document has changed a lot now, of course. 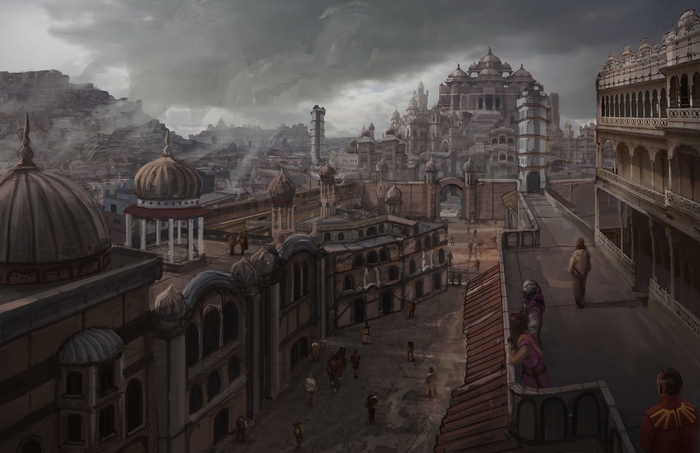 The video mentions “there are no fail states, just failures,” could you describe this concept a bit more?  Can you seriously finish the game with all but one of the characters being killed?  Are there variations of the ending with all four characters dieing but doing different things before the end?

The idea is that if a character dies, you do not get a “game over, retry” screen - instead, the story picks up from there, and the subsequent chapters are affected by that characters’ death. There are quite a few variations of the endings, and yes, all characters can die - that is all I can say without spoiling things at the moment!

The idea of combat being a conscious choice and not a game mechanic that is more often than not, padding seems to be a daring move for an RPG.  What made you decide to go down this path?

The main reason is that most RPGs often tend to ignore the actual effects of a single person killing hundreds of people on the game world. I mean, often times the body count becomes insanely high, and yet there are thugs attacking you around every corner, and an RPG player will start thinking “Wait, don’t these guys know who I am? Why do they think they will be the ones to finally kill me? What happens to their families, am I leaving thousands of orphan children behind? ”, and other such questions. We felt that instead of filling the world with countless violent mooks, we should give each fight a reason and context in the narrative - if this meant no filler, then so be it. 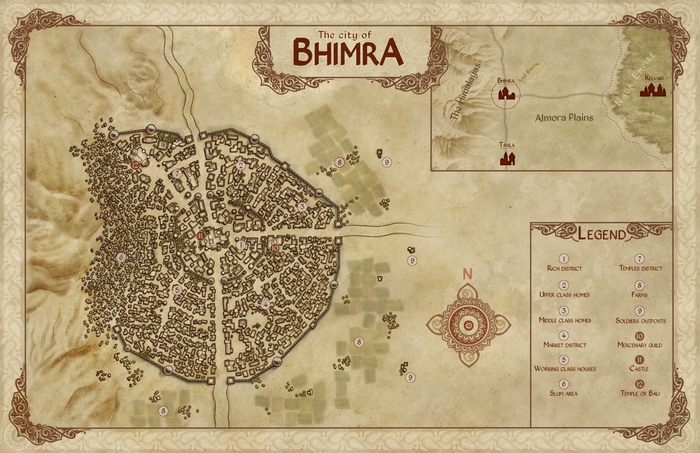 The combat is described as being “based on the fencing from Sid Meier's Pirates! games was this chosen to provide a more “personal” combat experience?

Indeed, each combat scenario in the game has a reason, and you will know who you are fighting, and why.

From the multiple story paths, lack of combat, and interface the game seems more “Adventure Game” then “RPG.”  What makes Unrest more of an RPG than an Adventure game?  Do you think there really is much of a dividing line there?

Well, at this point both “adventure game” and “RPG” genre definitions have been muddied quite a lot. That being said, we do have a detailed set of mechanics related to conversations, and an emphasis on understanding the character you are playing as, which we feel are pretty important RPG characteristics.

The game is going to be on PC, Mac, and Linux, what engine is powering the game?  How hard is it to develop for the three computer operating systems simultaneously?
The game will be multiplatform. I programmed the engine myself, and once you start to account for different platforms, it becomes pretty easy to port it across three platforms.

Are you on Steam Greenlight?

No, and we don’t plan to be on Greenlight.

Fair enough. In my recent discussion with Ricardo Valenzuela from the Son of Nor project I asked if crowdfunding was becoming the “norm” for game development.  What do you think?  He also brought up a disturbing idea that Kickstarter campaigns may become a requirement in the future for services like Steam or developers to even consider a project.  What do you think of that idea and do you have any serious concerns in that regard?

I don’t really think so - crowdfunding is a very scary and risky proposition, and it is not for every project. That being said, it is a great option to have, especially for developers with ideas not considered marketable - but it will not be replacing more traditional methods of funding.

I used to be a programmer at Puny Human, and those guys did a Kickstarter for Blade Symphony way before Double Fine happened.

We’re almost doing two updates a day, and keeping backers up to date with all aspects of the project. We have got a series of stories going on related to the lore, and we do plan on having more interviews and video stuff in the coming days.

I haven’t used any advertising. We received positive coverage from RPS, Kotaku, Twenty Sided and a bunch of other places. I shared the link on my facebook and twitter once too, which pretty much covers all the stuff I did.

Talk about why you are making the project, and don’t try to compromise your original vision to make it more appealing to <target market>. People are backing the person as much as the project, so you need to make sure both of those shine in your pitch.

Did I mention you can back Unrest on Kickstarter? We also have physical goods now! ;)