Welcome back to another Kickstarter Conversation!  Today I am pleased to be joined by Fred Davison who is here to talk to us about the QuadStick.  Thank you for joining us today Fred.


Just looking at the pictures in your campaign it’s a bit hard to understand what the QuadStick is all about.  Could you give us a brief rundown of the product?


It is a mouth operated game controller, mouse, and keyboard for people that cannot use their hands.  It has a joystick the user can move with their lips, a lip position sensor, and air pressure sensing tubes mounted on the end of the joystick into which the user can sip or puff to provide inputs.


It connects to a game console using a USB cable and also has a Bluetooth transceiver to connect to a secondary computer or device.


The QuadStick does more than function as a game controller, it also makes a great mouse for a computer and can be configured to generate any keystroke.  It can become a key device in the way a paralyzed person interacts with the world. 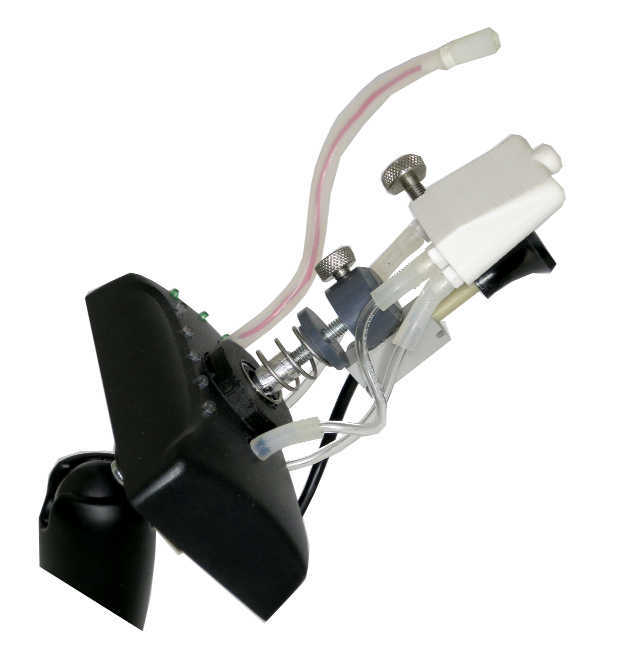 That’s seems like an awfully niche market, how did you find yourself wanting to create controllers for quadriplegics?


Years ago, my mother was a victim of ALS and I learned about some of the different ways technology is used to make life more enjoyable for people with some kind of disability.  That was the beginning of my interest in systems like that and when I read about the Quad Control game controller and that the owner was going to stop production due to declining health, I realized I had the right cross section of technical skills plus the incentive to do something.  I met with Ken Yankelevitz, the owner of Quad Control, and the project started.

Video game controllers normally run $60 or so, with specialized controllers for racing or what not coming in anywhere from $60 to hundreds of dollars.  The Quadstick seems to fall more toward the high end at $399.  What is the source of this cost?  Is it the low production numbers or the large number of sensors versus buttons?


There are some differences in the cost for necessary components, like the pressure sensors for the sip and puff tubes that are used in place of buttons made of conductive rubber and plastic, but mostly it is the relatively small market for a controller like this versus the commodity game controller.  When you design something intended to be produced manually in small quantities, it is necessary to make very different choices than would be made if the cost of engineering and tooling for automated production could be amortized over several thousand devices. 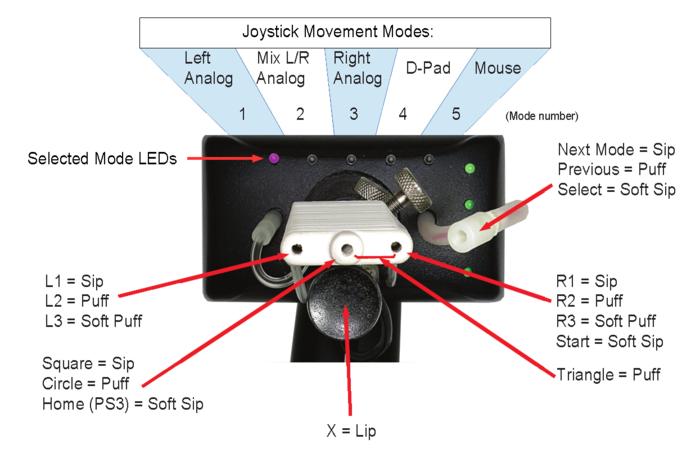 What is the distribution plan for the QuadStick?  Will you just be making them on demand in your shop or are you trying to get some mass production runs done?  Will this be available in specialty shops or only directly through you?


Due to the success of the Kickstarter campaign, I will be able to build more devices than are currently spoken for.  After the first batch, it is my hope the numbers would allow me to use an assembly house for the circuit board, but that decision just comes down to the numbers.


I’m currently planning to sell directly to individuals over the internet.  There is some interest by organizations that might result in larger orders.

One of my big bugaboos about Kickstarter projects are budget breakdowns.  When asking anyone for money it’s nice to know what it’s for, and potential backers are starting to expect seeing some kind of budget breakdown.  What is the $10,000 original goal slated for?  What’s the plan with the overage now that you’ve doubled your goal?


The number of generous “good-will” backers surprised me.  After reading the messages many sent, I think they feel the same way as I do about how important this device can be to someone that needs it.  They just want it to become real.


There have been backers that pledged for a QuadStick and requested I send it to someone else, or, are buying it for a friend.  Some have pledged more than the reward amount or requested no reward at all and this has left me very touched.


My original plan assumed most of the pledges would be for units and I was going to use the net profit from those to literally kickstart later production runs and gradually build the business.


That is still the basic plan, to build more units than claimed as rewards, but since the pledges have skewed towards rewards without a high fulfilment cost, I’ll be able to do some other things and upgrade some of my production tools sooner than I first thought.


I’ve been soldering the boards in a modified toaster oven, which works fine for prototyping, but it does not heat up hot enough or fast enough to use the lead free solder required for CE and RoHS compliance.   I will use about $700 to buy a true soldering oven.


The extra funds will also allow me to submit the device to a testing lab for CE, UL and FCC compliance or certifications right away.  I don’t have an exact figure, but it can cost one or two thousand dollars.


The software in the QuadStick is easy for the user to update.  There are two things I’ve identified for which I would like use some of the funds that would add significant  new features to the software:


The QuadStick can already use voice recognition software running on a PC to assist the user when playing a game with non-time critical functions.  Other technologies, like Emotiv EEG, which uses brain wave pattern matching, or eye gaze or head tracking systems,  can trigger many of the same functions, for someone who cannot speak.   The development kit for the Emotiv EEG system costs $500 and would let me develop an application to manage the QuadStick with non-verbal commands.


The second item is a USB analyzer so I can reverse engineer the XBox authentication process.  We currently rely on a 3rd party device, the CronusMax to do this, but it requires plugging and unplugging cables each time the XBox starts up.  This a huge inconvenience for QuadStick users.  The QuadStick has the hardware to do this function on its own and a USB analyzer is the tool needed to develop the software.  A suitable analyzer can cost anywhere from $500 to $1500, depending on features. 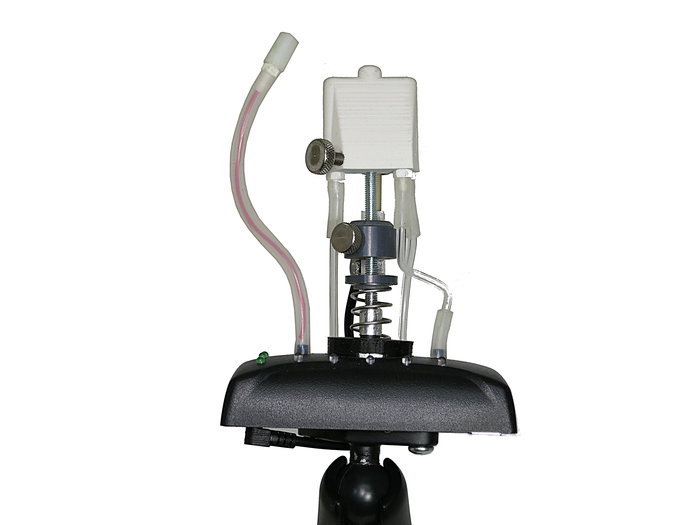 
A friend mentioned it to me a couple of years ago and I’ve backed several projects since then.


I’ve been communicating with individual backers mostly though the Kickstarter messaging system and as a group, through the updates.  I try do an update every couple of days, and when there is some interesting news.    There will be videos and photos showing how the product is made. 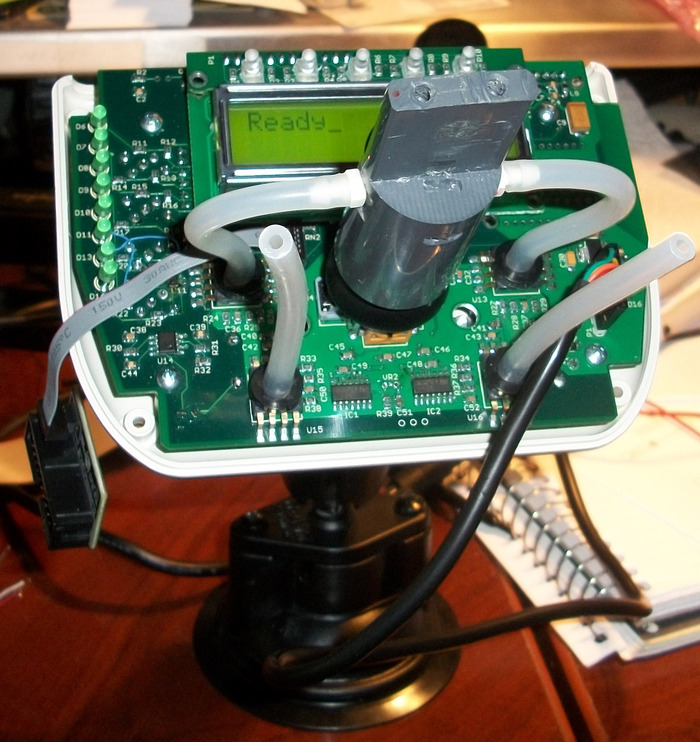 
We received coverage in several game and tech sites shortly after we launched.  A few days later, international sites picked up the story.   Facebook was used before the launch and we will soon have QuadStick specific Facebook and Twitter pages, in lieu of using personal pages.   Matt Victor’s demonstration video received several thousand views last week.   I do use Kicktraq.


Once you have your project approved by Kickstarter, send out your preview link to family and friends for comments, but also to people like Reddit’s Kickstarter sub-reddit, who will look at it with a more objective eye.  Finally, when you pick a launch date, notify your social networks and ask them to spread the word in advance.


Allow plenty of time to communicate with Kickstarter staff.  They have thousands of projects active at any given time and it can sometimes take a few days to get a response to a question.


I was originally going to have just a two tier reward system.  The QuadStick itself and a $10 reward to get on a mailing list.  A friend suggested I create several reward levels to increase interest and they were right.


Just tell your story.  Tell potential backers why you want to do your project.  If you think it is a good idea, there are other people that will too.