Kickstarter Review: OneBowl to rule them all!

Today the Conversation is taking a look at the OneBowl project. Justin Herd, the creator of OneBowl, had an interesting idea, "what if you could cook, strait, eat, and store food all in the same container?"  Instead of just going, "huh" and moving on like most people do, Justin began prototyping and trying to make good on his idea and the OneBowl was born. 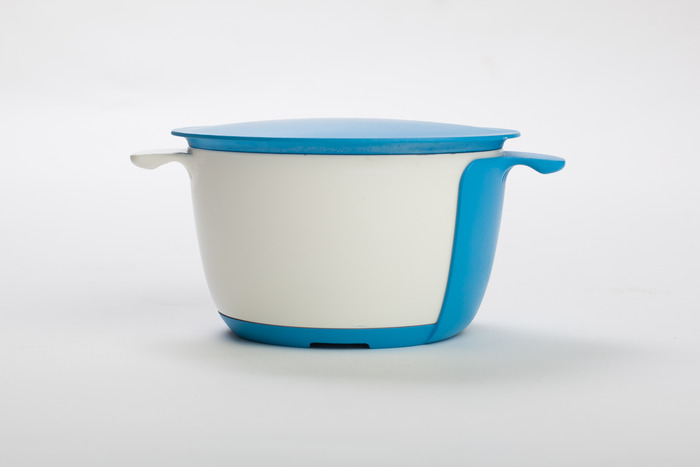 First off, lets look at the concept of a "single bowl solution" to cooking and eating noodles.  As someone who lived the "Ramen Noodle Diet" back in my younger days I can see the appeal of this project.  Place your noodles and water in the bowl, heat, strain without a separate colander, enjoy, and even save the leftovers all in one go.   At first glance this is the perfect item for college students and single people in general, then again like any good "as seen on TV" type product this one quickly breaks down beyond a limited use case scenario. 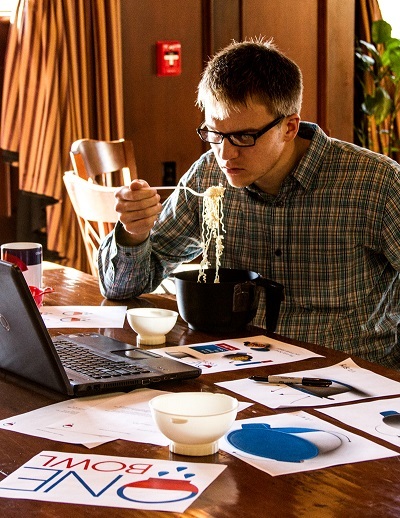 There's nothing wrong with creating products for limited case situations, there are plenty of products that fit that mold, but the OneBowl definitely feels  like something you'd see for $19.95 being pitched by a pitchman of some kind and the actual Kickstarter Campaign taps into that fact quite well.  From kitschy edited event scenarios to the $20 price tag the campaign is designed to match "As Seen on TV" feel and energy in a great way.  Justin seems to know his target audience and has aimed appropriately. 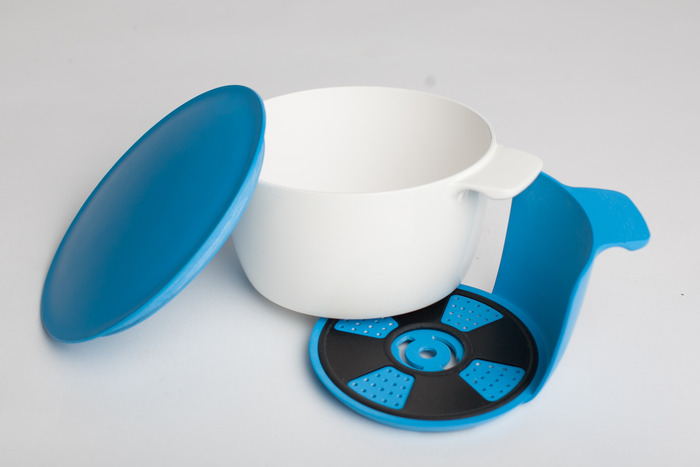 In the end would I back the OneBowl?  No, but that's not really a knock on the project as I am most definitely not the target audience.  The question then becomes, is the target audience large enough to get them over the $50,000 target?  Honestly I think it is, but the problem becomes reaching that target audience and I'm not sure they've got the critical mass of internet attention to get them there.  I hope they can make it, or through this campaign gain the attention of one of the "As seen on TV" manufacturers looking for their next big idea.  I would love to see this product in Target the next time I'm at the checkout line.

Product Review  4 out of 5
The OneBowl is a "limited use/situation product" but in that situation it seems well designed and thought out.  If you have limited time/space available for microwave cooking items this might be great for you.  Even beyond the dorm those with limited storage at work (like in you cubical) might also want to give this one a look.

Campaign Review 4 out of 5
The campaign is very well laid out with lots of pictures and story along with some funny videos.  My only knock against the campaign is the lack of a budget breakdown and non-college related use scenarios.  I think the campaign has a slightly larger market then is being aimed at, but other than that it is doing a great job!