Welcome back to another Kickstarter Conversation! Today the team from Eschaton Media join the conversations to talk about their Kickstarter Chronos: The Universal LARP System.  Thank you all for joining us!
Thanks for having us, it’s a pleasure to be given the chance to talk.


As someone who has always been interested in LARPing but has never gotten the chance, could you explain what your Chronos system is all about and why it can help LARP sessions?
The Chronos system is a rule set, much like you would have with a card game or a regular tabletop game that adjudicates conflict resolution.  What makes it unique and different from what you would normally find in a closed world game is that we took decades of theater LARP experience and decided to mechanically address what issues most theater LARPs have.  We found that by addressing the unnecessary complexities that have grown in LARPing, we were able to design a core system that made LARPing easier for someone to get into, faster to resolve conflicts, and put the gaming tools directly in the players hand.
To make this all happen we decided to go with card based characters instead of paper character sheets.  This decision allows players to have access to the rules for the powers they are using in their hands so that rule adjudication doesn’t require stopping and checking mechanics in a book.  This also allows for players to easily review what their powers and abilities do without having to completely drop out of game, and makes a core mechanical set that can then be applied to any game world a storyteller wants to produce. 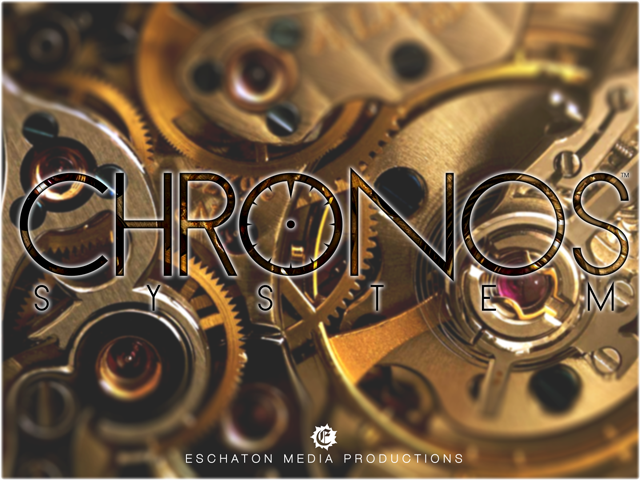 From the video there seems to be quite a bit of shouting (especially Assault Rifle guy) wouldn’t that detract from the role playing?  Or is it short enough that you can still get your role play on?
In theater LARPing right now when players want to resolve conflict they have a number of different options based on what system they are using.  Some systems use dice, or number randomizers, or games of rock-paper-scissors.  The one thing that all of these mechanic resolution systems do is force the player to drop out of character (which is counter intuitive given that one of the main reasons a person LARPs is to role play as their character) and use the assign mechanics to narrate what happens.
These current processes in the theater LARP community results in HOURS of out of character time when larger combats break out.  Some games have entire rooms set aside for handling combat called ‘kill boxes’ where a storyteller adjudicates combat over hours and hours of mechanics driven conflict.  With this design people stop role-playing, they stand around with their character sheet, and the entire flow of the game is broken.  With the system of timed rounds, card based mechanics, and the option of adding slow-motion combat players stay in character during conflict resolution… and the conflict resolution is fast.  What that video shows is a 25 person mass combat where every character in that scenario was trying to be the last person standing.  The players had learned the system for the first time an hour before hand, were handed character card sets that they had never seen before, and were able to resolve the entire conflict in seven minutes without a game organizer or story teller having to step in.  That conflict involved all different sorts of characters from different genres and different weapons, and without any help they were able to get the conflict resolution done faster than I have seen in any non-contact LARP.


How many cards are needed to play?  How many are you including in your reward levels?
To play a player only needs one set.  On average you will be carrying around between 5-15 cards which outline your character, your professional skill sets, your equipment, and what unique powers you might have.  You may need more if your Game Organizer is deciding to do a much larger ‘across a dozen genres’ sort of trans-world game, but most games only need one or two sets. 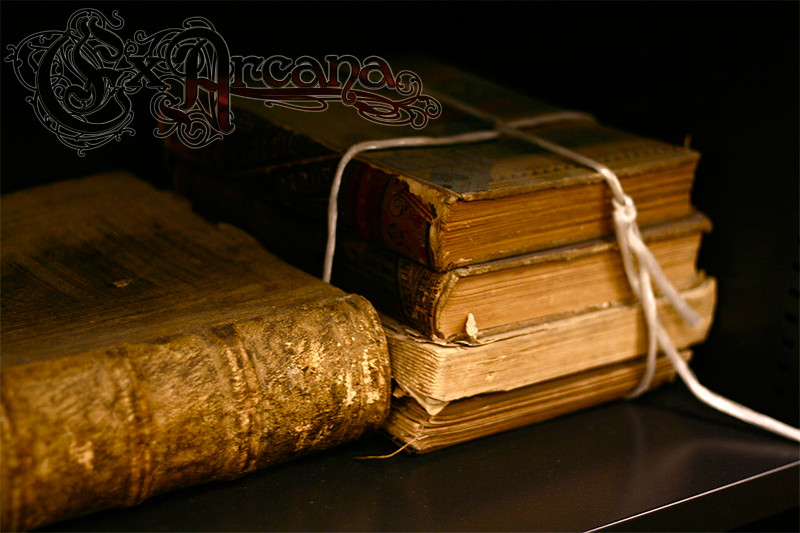 Would you explain what are skeins?  Will players be able to create their own?
Sure.  Skeins are world sets.  Imagine it as if there were three different kinds of sets for the cards.  There is the core set, which handles all of the basics of character creation.  The core set would be like a manikin in a shops window.  Then there are Genre decks, which provide materials for specific time periods without provided world materials.  These Genre decks cover things like time periods, generic genres, and themes that transcend a single kind of story.  These would be the setting pieces and props you put around the manikin. Then you have Skeins.  Skeins are a combination of game world specific character cards, materials, and story aspects that focus on a single game world.  This set would be the story setting materials or the world details you wanted to play if you were going to use a pre-made world.  These would be the clothes that you add onto the manikin.
The neat part about this is that you don’t HAVE to use one of our skeins.  If you have your own game world in mind but want to use tested and supported mechanics, you can make your own game world from whatever inspiration and choose what cards you want to apply to that game.
Some of our already written skeins range from Steam Punk High Magic to Animal Spirit Infused People in a Roaring 20’s setting, to Demonic Invested 1950’s Rockabilly Gangs, to Goblyn Courts on the Wild Hunt to reclaim magic.

Do you have plans to have an open or closed license on the Chronos system?  Will you release card templates so that fans could create custom cards?


We have every intent on having the Chronos system be a limited open license.  In short, as long as people are not recreating cards that already exist in the core books and followed some basic design guidelines we would love to have people make LARP versions of their game worlds using the system.  Most game companies don’t want to spend all of the time and effort to design a standalone LARP system when their primary products are miniatures or video games.  We would love to be the tool to bridge the gap between those properties and the LARP and Cosplay communities.


A key part of any Kickstarter project that I look at is budget breakdown.  These simple business tools help prove to potential backers that a creator has come up with a plan for the funds including fees and taxes.  Why didn’t you include a budget breakdown?  Where is the $7,750 planned to go?
Most of the cost is going into the art; about $3,000. Art for 50-100 cards certainly isn’t cheap! We found a printer who will do the cards and the book for around $3,000. We found that printing a bulk was actually cheaper than print-on-demand. Though we will be offering print-on-demand through DriveThruRPG once the game goes live. Add to that our fees for Kickstarter and our costs for advertising and you hit $7,750 a lot faster than I would have suspected. On the upside our first stretch goal, $10,800, for the extended base deck is a lot smaller since we’ll already have covered the cost of all the initials and just need to look at more art for the additional cards.
It wasn’t an intentional omission of the budget, I guess we’re just so excited about the game itself that we didn’t think about including the numbers behind it. Eschaton Media has been in business for 3 years now, having already published a number of books under the Dystopia Rising world. It’s never been a question of if we could do it once it was funded, just of it we would be able to have the money for it. 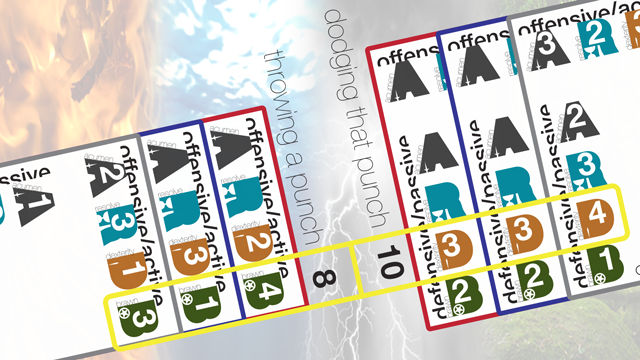 How did you discover Kickstarter?
We’ve supported a number of kickstarters in the past for some great projects.  From stores to comics to games, all of our team members have actively supported startup projects.  Some of our writers have worked on successful projects like the Project: Paradigm kickstarter funded book as well as the I AM ZOMBIE project, which is currently in development by Make Believe Games.  So we’ve been a part of the Kickstarter community as individuals for many years now.
A key part of successful Kickstarters is backer participation and how to convert a potential backer into a full backer.   How are you engaging your backers?  What kinds of things do you have planned for updates to give notice to those who just hit the “remind me” button and surf on?  Interviews?  Videos?  Stories from the project?
Everything and anything we can do to engage our backers we are doing.  We are doing regular updates using text, video, and audio recordings as well as contacting our potential fan base via network social sites.  We are only a few days in and have already done a few updates as well as fielded answers to questions that have come up. 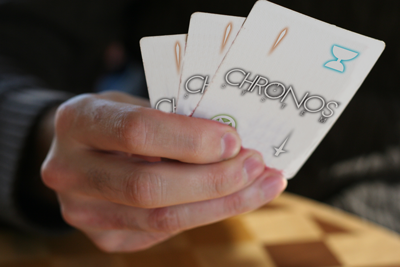 What kind of media attention have you received with your project?  How are you spreading the word?  Facebook?  Twitter?  Google+? Youtube?  Advertising?  Are you using Kicktraq to track your progress?
The short answer is, all of the above and then some.  We have videos on Youtube, personal and company source facebook posts, twitter feeds, paid advertisement through Gamerati as well as Facebook Ads.  We are involved heavily with the Dystopia Rising LARP network and have had some fantastic response from that fan base.  I think that Michael (one of our game designers and writers) has the Kicktraq link set as his new home page.


Do you have any tips/advice would you give to anyone looking to start a Kickstarter?
Do a lot of research on other Kickstarters, especially successful ones, to see what has received a good response and what hasn’t. Don’t rush it and don’t be afraid to change everything last minute if you think something could be better. Videos are a far better way to share your excitement and ideas than just plain text. Also, it’s a lot more fun to make videos!

Thank you for spending your time with us!  Do you have any final thoughts for our readers?
Well, I hope your readers can take a few moments to take a look at our kickstarter as well as consider backing us.  We are a small company with really big plans and a lot of experience, but we need the support to make this entire concept become a physical reality.   And thank you for taking the time to do this interview with us.  We’re really really excited about this and we really appreciate the efforts being made to help us make this project a reality.
Thanks again and I hope to hear good things from your Kickstarter!