The Gaming Stories no one else tells

Welcome back to another Kickstarter Conversation! Today I am joined by Matt Chandronait from AREA 5 who is here to talk about    Outerlands: Season One.  Thank you for joining us today Matt!

Thank You for reaching out!

Outerlands is an interesting name for a show, what will it be about?  What got you guys interested in this project?

First and foremost: it’s storytelling. Videogames are culture, and every culture has virtually limitless stories to tell; hopeful and tragic, big and small. We’ve wanted to tell these stories ever since we first got into videogames media (starting with The 1UP Show at 1UP.com), but finding the funding hasn’t ever worked out. Untold numbers of stories are being lost every day because no one else seems to have an interest in telling them. That’s an unmitigated tragedy. It’s as though anything that has a videogame component isn’t worth our time as a species, even though they affect so many of us so very deeply. No traditional funding source has ever taken the idea seriously that there could be a videogame culture show. It’s a chicken-and-egg issue. Unless someone does it first, no one believes it can be done—or at least not profitably. We’re hoping to be that “first.”

With six “hour long” episodes planned what topics are planned for these episodes?  Will these feature any well known personalities or more of just the people in the field as it were?

It’s about everything that happens outside of traditional media coverage when it comes to videogames. The mother and son that communicate over distance through online games; the small game shop owners that are doing everything they can to keep their business alive; custom joystick makers and peripheral hackers; gamer communities that inspire connection and charity (Smash Bros. and Speedrunners come to mind); museums and passionate individuals that do what they can to preserve our shared videogame heritage. And, yes, it’s about the rockstar game developer—not so much what their next game is, but what their life is like and what bringing a game into the world means to them from an everyday perspective. Out list of people and subjects is growing by the minute. 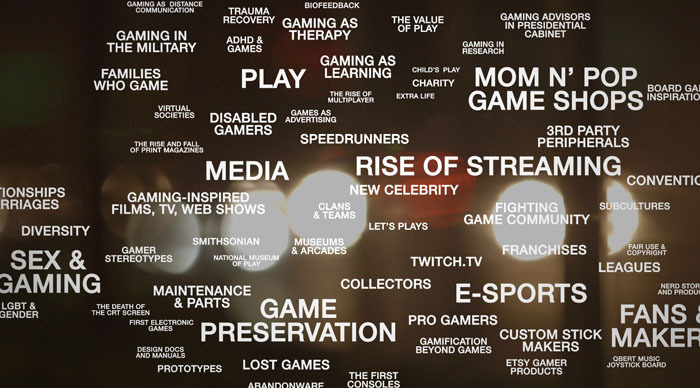 Will backers have any say in any of the episodes?  Will they have a chance to appear in the series?

In short: yes and yes! Backers and fans are already sharing their stories, or stories they find compelling. As an example, we just got a Facebook message on our OuterlandsDoc page about a student-run Gamer Symphony at the University of Maryland. They've been active for years and have a crazy-awesome archive of their concerts online for free. That’s a perfect story for Outerlands! It’s something we never would have heard out without backers reaching out to us and sharing what they know and love so that we can come document it. Despite having a huge list of stories already, we’ll never cease being hungry for more and we can think of no better source for what our backers want to see than the backers themselves.


Normally I ask budget breakdown questions toward the end of the interview but you guys have created the most inventive budget breakdown I have ever seen on a Kickstarter.  What made you decide to make such an interesting budget breakdown?  Just how many people are doing how much travel to get a budget of $65,000?!

Haha! Yeah, that was a big thing for us and HUGE thanks to Braid artist David Hellman for coming to the rescue! We were afraid we’d have to put up a bunch of awful spreadsheets and way-too-long explanations.

AREA 5 has been a vibrant business for nearly five years (our anniversary is on January 23rd!), and in that time we've traveled all over the place for our clients and for our other documentary projects. We know how much it costs to do this, and there’s no sense in pretending we can do it any cheaper and still deliver on our promises to our backers. For example, for our I Am Street Fighter documentary, we spent somewhere between $35,000 and $40,000 just on travel for four people to Japan for two weeks. And we travel cheap. But, the only way to do a documentary is to check in with the subjects more than once. Also, the usable-footage:footage-shot ratio is roughly 20:1.

The short of it is: it’s damned hard work.

Fortunately, we have a lot of experience running very lean. We’ll never send four people where two can do the job. Our best estimates have us making 3 international trips, 6 domestic trips, and 6 local (driving distance) trips. Of course that’ll likely change once we start booking the rest of the stories we want to document and we figure out how many people we need for each shoot.

As a blogger I must say your $320,000 stretch goal caught my attention, just what do you have in mind for this stretch goal?

Hopefully, exactly what it sounds like! We want to hire segment producers to get out there and help us find and then produce amazing stories for Outerlands! And we want to pay them what they’re worth to do it. Think of it as an outlet for all those stories you could never tell anywhere else. Gaming websites, magazines, TV networks, even the new wave of digital content distributors have very good business reasons for covering the stories they do in the way they do. We’re far more interested in the This American Life model, where there’s a deliberate openness to great stories because the only people holding the purse strings are the people who deliberately want this kind of content; not an ad-sales executive who says a story would be hard to sell to a sponsor, or an executive who has to make a call between short videos she knows she can make at least some money off of or take a risk on long-form storytelling that might cost her money.

Do you have any plans of getting this on any digital streaming services like Amazon Prime and Netflix?  What becomes of the series once it’s complete?

That would be fantastic! And, yes, we would love for that to happen. But we can’t count on that. There’s no guarantee they’ll even want Outerlands. They didn’t want I am Street Fighter or GROUNDED. Believe me, we tried! So, for now, we are focused only on making the best possible series that the backers are paying us for. 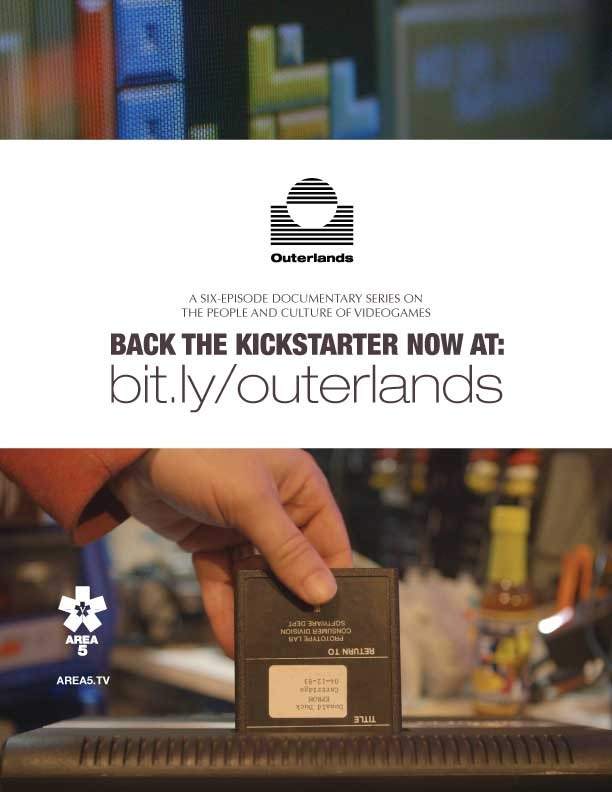 We’ve been following it since it launched. We’ve come back several times to the idea of launching a Kickstarter, and we were thrilled when Indie Game: The Movie made its funding goal (twice!). We think it’s finally time to give everyone who loves video games out there a chance to show the world that their culture is not to be seen as a fad or a castaway. Rather, that they are more than just a game-buying market, they are a mega-producing culture industry. It’s just that no one is paying attention to them.

All of the above! We’re working on some more short videos right now, actually, that will go out before the campaign is up to show our potential backers how much potential there is in our project. Our project updates are focused, right now, on helping people understand changes we’ve made to the backer rewards (like adding in a digital-only special edition tier at $45), but we’re also trying to spread some of the love and help people who are coming to our page find other Kickstarters that we think they should back.

We’re hitting all our social networks hard, too, of course, and trying to get the word out the best way we can. Google+ isn’t really worth it to us, but of course Facebook and Twitter. According to Kickstarter’s back end, Twitter is far and away our most powerful referral, so if anyone out there wants to help us reach our stretch goals, tweet it and tell everyone else to tweet it, too! Hooray for modern social media! Oh, and to be honest, I try to avoid looking at Kicktraq. It has us projected as reaching well into our stretch goals and it’s a little nerve-wracking to let myself think about that as a real possibility.

Start WAY ahead of time! We started this process in October ‘13. Call in every favor your can! Ask anyone that you might even think could know someone who’s run a successful Kickstarter and get their advice. There’s no better source than someone who’s done it and dealt with all the aftermath. Fortunately for us, we have several close friends that had successful Kickstarters and they were extremely generous with their time and advice!

Jeeze, thank YOU! Only thing I can say is what I say all the time: tell everyone! Our best marketing tactic is active people being active about the project--online and off! Never forget the value of meatspace. We even have a nice post about 5 simple things you can do to help us out that includes some flyers you can download for printing out and posting around your neighborhood. Sounds weird in this modern world, but that kind of activity is remarkably effective!

Of course! It’s things like this that help us more than we can ever repay. If we hit our Freelancers stretch goal, hit us up with stories! We might be able to work together!
Posted by Unknown at 8:04 AM