Greetings friends and welcome back to another Kickstarter Conversation!  Today I am joined from New Zealand by Greg Anderson who has come to talk to us about his project The Ultmate Aircooled Race Engine.  Thank you for joining us today Greg.

You’re quite welcome. As a former VW Bug owner and a very minor wrench turner your project caught my eye for the simple idea that it wasn’t something you see every day.  Could you tell us about your project?
Our project is one of building a flat four horizontally opposed race engine  with a goal of 2000 hp from our big block version
It was modeled after the VW engine  To date we are 95% finished and have only a couple of things left to do then it is on to final assembly,   fitting up to the dyno and running
Bit of history on me
I’m very much into drag racing and have spent some 15 plus years building cars /parts in the states. Having worked at such companies as Halibrand Eng  (old time hotrod wheel and race car component manufacturing  company).  Did R&D for the likes of Richard Petty of Nascar fame as well as worked on some very famous race cars and the like over the years. 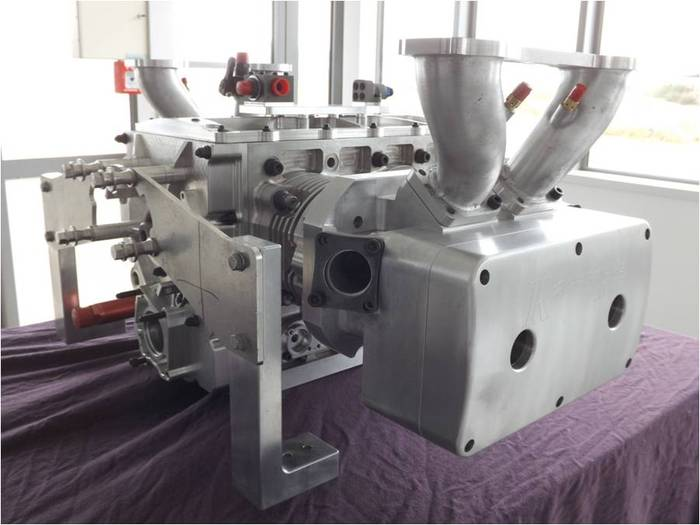 What got you involved in VW racing engine design/creation?
This project started out by my working with a John Trehane here in Nelson who is into racing midgets at the local track and as you do one started looking at some of the problems and then what can we do to fix them.  I like to make things,  to understand why it may failed and then how to make it better
All the aftermarket VW engines  manufacturers out there have never addressed the design faults of the original engine.some of these are the 3 main bearing crank - the lack of material around the  barrel to keep the rings sealing  - then you have the problem of material fretting  between the two halves of the case.
John and I sat down and just started to work at addressing these problems one at a time. The first part we made was our five main bearing crank and then the one piece billet block. These are the backbone of the engine and forms the platform for us to built from  reach our goal of 2000 hp. John and myself  bought in Darren Stevenson to help with the funding and marketing of the engine
Why an air-cooled engine?  Aren’t traditional radiators more efficient at cooling?  So much so that modern VW bugs are no longer rear engine mounted vehicles.
Having a radiator would make it easier to cool but then we need to get into making patterns and core boxes then having them cast. Making it as an air cooled engine is so much quicker and easier - makes for a lighter engine package more suited for the likes of off road racing. 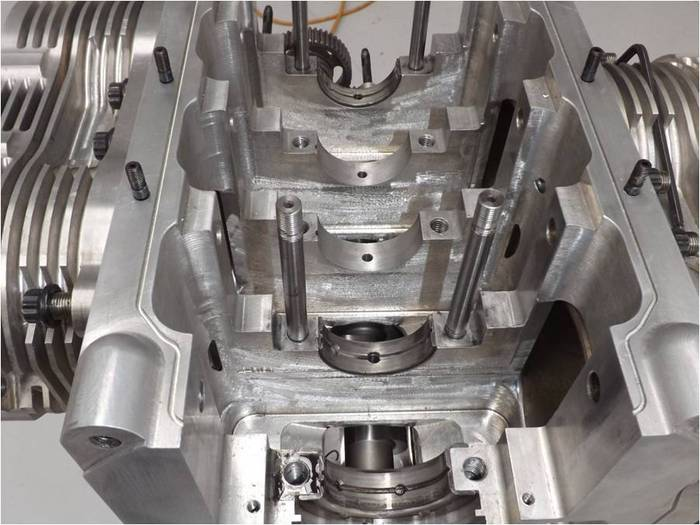 How do you plan on getting two thousand horsepower out of a flat four engine?

The prototype engine is a 166 cu in and with the current heads should make 320 hp with a second set of heads that are sitting here this will jump up to round 360 hp.  But to reach our goal we have our big block 4. I have done all the solid models and drawings for the production engine, this will allow us to take  the size out to about  the 330 cu in range,  put a turbo or supercharger on this then you start to make the horsepower. This second engine will follow on from the first and will be the end result of this project inasmuch we will have a  production based engine for sale that will be able to make some serious horsepower with the hope that we can try and stop the earth from spinning but just but for a second.
I have cranks in a couple cars that are making well over a 1000 plus horsepower from engines that are the same size as our prototype fuel injected motor.  One car the Red Baron has the record for being the first full body VW to run in the sevens with a 7.98 @ 175 mph on the drag strip
When you get that thing mounted onto a vehicle are you going to share some video of it blasting off the line for the world to see?  Are you planning on this to be used in a dragster or some other race?  Where could we expect to see it compete?
There will most definitely be video posted of the engine running in a car,  the first engine will more than likely end up in a door car running out of the States. Have a car in mind but at this stage prefer to keep that under wraps. We have uploaded a video of the engine running on the dyno.  When it all happens comes down to funding -could be as quick as a couple of months away. 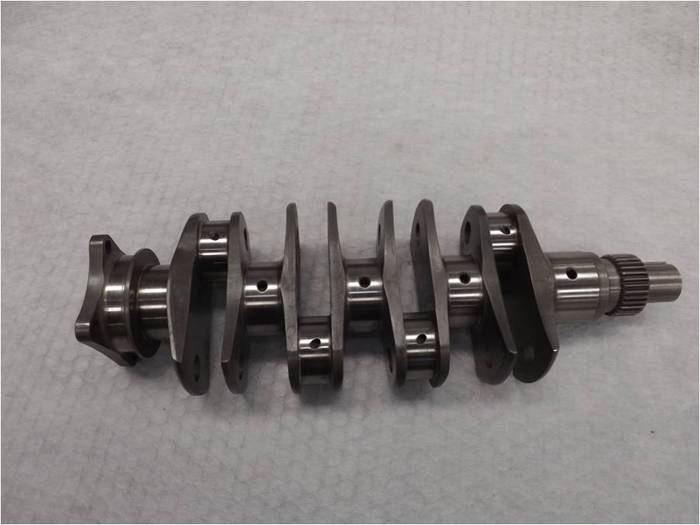 As a long time Kickstarter observer one of the parts of any project I look for is a budget breakdown.  This simple business tool shows potential backers that there’s a plan for the money, yet I don’t see any sort of budget explanation on your page.  So what is the $40,000 going to be used for?  If you’re 95% complete what do you need the funding for?
We have already put about 50k cash plus thousands of machine and man  hours in getting it to this point. With only the exhaust rockers left to machine and then to order the push rods we have very little left to buy in for the engine but then we need to plumb the fuel and oiling systems up,  set the dyno bench up and spent time running the engine up
The cost breakdown is as follows:
What I want to do is shut the shop doors for a month and work full time on it just to finish it up but I need to make sure my overheads are met. 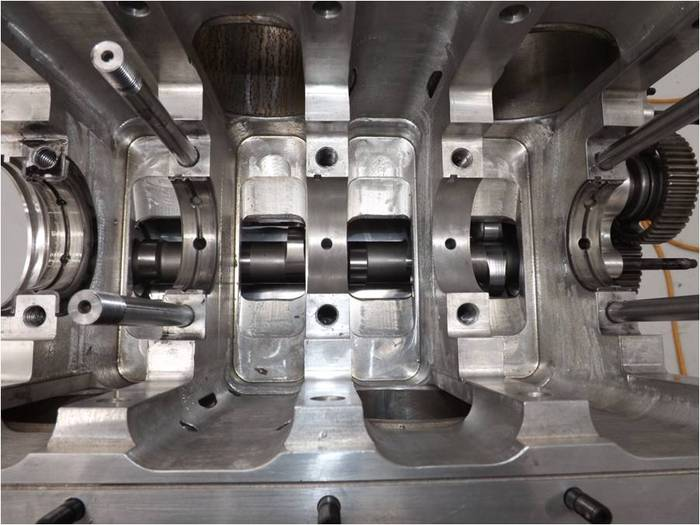 Your reward levels definitely don’t seem to be aimed toward a “casual backer” with a starting level of $50 NZD for only “credit on the project website.”  Who are your target backers when you came up with these levels?
I dont want to sound flippant in my reply here, this project doesn't fit the norm for Kickstarter on so many different levels  -this is not a low dollar item - when it reaches the marketplace it will have a price tag of anywhere from 35k to 50k depending on engine size and configuration for this reason we felt the the rewards had to reflect the value of the engine.
This is not the typical project for Kickstarter where one gives away product, a book, cd  meal this is a very high dollar product.
Our Target backer would someone who wants to involved in building a engine but may not be in the position to do it because of either skill,  equipment or time but has good sound  ideas.
How did you discover Kickstarter?

Had a good friend tell me about it 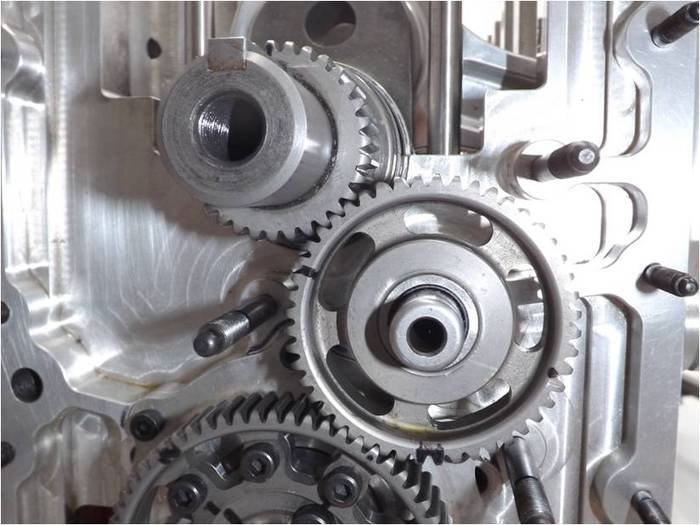 A key part of successful Kickstarters is backer participation and how to convert a potential backer into a full backer.   How are you engaging your backers?  What kinds of things do you have planned for updates to give notice to those who just hit the “remind me” button and surf on?  Interviews?  Videos?  Stories from the project?
We will updating the project website  regularly along with maintaining a contact list and sending out a email updates.  Once we start final assembly there will some videos feeds showing this happening  we will  be open to input from people in this area.
What kind of media attention have you received with your project?  How are you spreading the word?  Facebook?  Twitter?  Google+? Youtube?  Advertising?  Are you using Kicktraq to track your progress?
We have been posting updates since we started this Via The Ultimate Aircooled forum. Had multiple plugs in the local newspaper the “Nelson Mail” in fact we made a half  page on the front page last friday with the engine. The NZ Hot Rod Mag called yesterday morning and plan to give us a plug next month along with some follow up articles as we get closer. 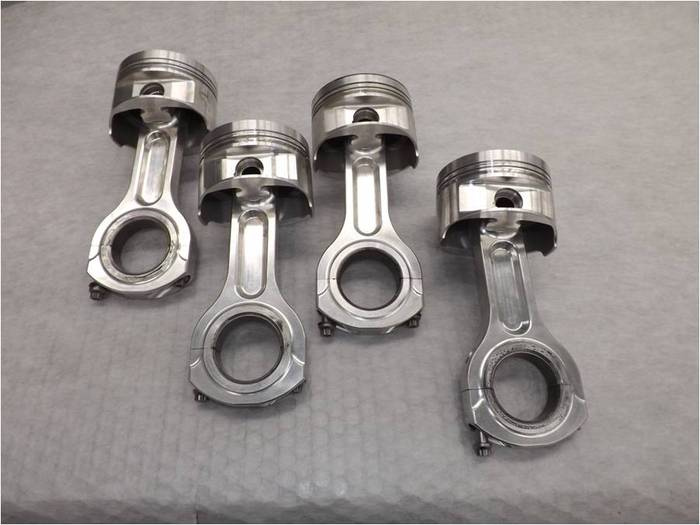 Give it your best shot.  It’s the same as  in any business venture, do you homework!
This is not about who has the best presentation but showing belief  in your project.
Thank you for spending your time with us!  Do you have any final thoughts for our readers?

Thanks to everybody  for taking the time to read this! Think of me as that puppy dog in the store window going “Pick me  Pick me!“Thanks again and I hope to hear good things from your Kickstarter!