Buckle My Swash it's The Queen's Cavaliers! 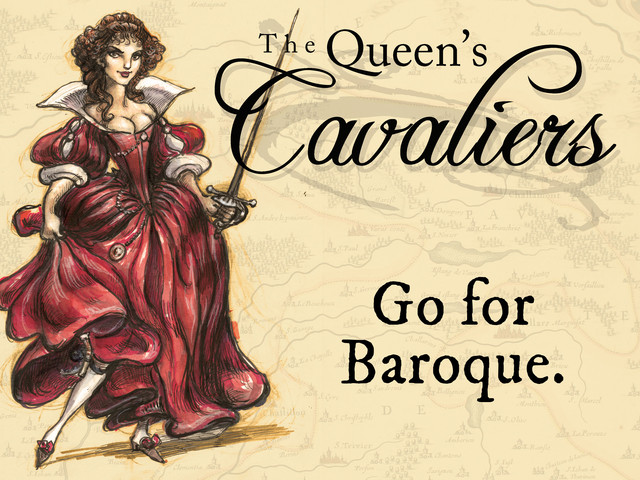 Welcome back to the Conversation!  Today I am joined by Caoimhe Ora Snow who is joining us to talk to us about her “Baroque, Clockpunk Tabletop Fantasy Roleplaying Game” The Queen’s Cavaliers.  Thank you for joining us today Caoimhe.


Hi, thanks James! I’m Caoimhe -- that’s pronounced “Keeva,” it’s Gaelic -- and I’ve been playing and running roleplaying games for years, ever since I was around 11 years old. So that was like 35 years ago. Egads! I’m getting old.


Now with a tagline of “Go for Baroque” I have to imagine your game has something to do with the 1600’s.  Would you care to tell us about The Queen’s Cavaliers?


Yes indeed! The Queen’s Cavaliers is set in an alternate version of the 17th Century, in a France analogue; as a Cavalier, you are a brave (or foolhardy) swashbuckler who fights for glory, pride, and the honor of the Queen!


One of the goals we had for the background of The Queen’s Cavaliers was to be explicitly more inclusive than either the real world or the works of Alexandre Dumas. While there were a few people of color and women among historical swordfighters of the era, we wanted something more diverse than a few scattered examples here and here -- we want diverse characters to be the rule, not the exception.

Well you seem to have struck a chord with the community as you’ve already blown past your $4,000 goal, well done!  Do you think the theme and recent increased popularity in shows like The Musketeers has helped your cause?


Oh, I love that show -- especially that they chose to make Porthos a mixed-raced black man as an homage to Dumas, who was himself a mixed-race black man.


Certainly the BBC’s show and other media haven’t hurt the demand for good swashbuckling games. I think there’s something awesome about not just the swordfighting but also the general look and attitude that draws us to a Musketeer style of entertainment. 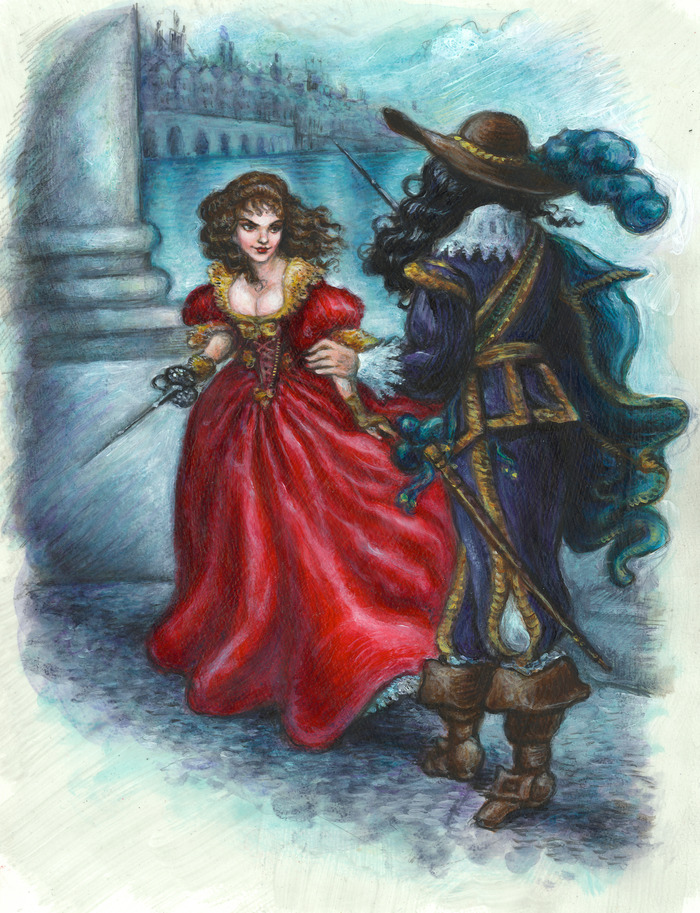 Lets get a bit into the nuts and bolts here,  you’re using a dice pool based system for TQC,  what advantage does this mechanic give your system versus more all purpose game systems like FATE and GURPS?


TQC’s system is built specifically to address the type of action you see in swashbuckling movies. It’s not a fencing simulator -- there are good examples of those already in RPGs, card games, and so on -- but one that takes a broader look at swordfighting exchanges and tries to capture the back and forth rhythm of a handful of heroes taking on a score of guardsmen and then their skilled captain.


Rolls in TQC are made as opposed dice pools, where you add together the highest rolls in your pool (similar, but not identical, to Cortex Plus) and compare them with your opponent’s results. The winner then earns style points which can be spent on a “menu” to purchase results, such as disarming your foe, gaining an advantage in combat, or just stabbing someone.


The dual class character concepts sound like a fun way of creating colorful and interesting characters.  Are you limited to only two classes?  What are some of your favorite combinations?


Yeah, you’re limited to two classes, although your classes aren’t straitjackets -- your character can grow and evolve along whatever direction you like when you spend experience. You’re not stuck with your original abilities from your classes, although they give you a firm foundation for your concept.


When we looked at the source material -- primarily The Three Musketeers -- and how it was portrayed in media, we found that the characters were never just a shallow “I’m a swordfighter.” Each of them could be broken down into two parts -- such that d’Artagnan was a musketeer/provincial, Aramis a failed priest/musketeer, Athos a musketeer/nobleman, and Porthos usually portrayed as a heavy/musketeer. This led to a two-class system.


Now, you don’t need to have a class-based system of any kind to build characters like that -- you could just do it all in a class-based system with free selection of skills. But I think the use of a dual-class setup helps guide players toward characters which fit organically into the setting and the themes most appropriate for the kind of stories we’re looking to tell with this game.


That said, TQC will also include rules for playing the game classlessly, plus rules for creating your own custom classes.


Some of my favorite class combinations include the duelist/virtuosa -- which can give you a character like the historical Mademoiselle Maupin, a 17th Century swordfighting actress -- and the chirurgeon/witch for all your medical and midwifery needs. Totally important during a swordfight! 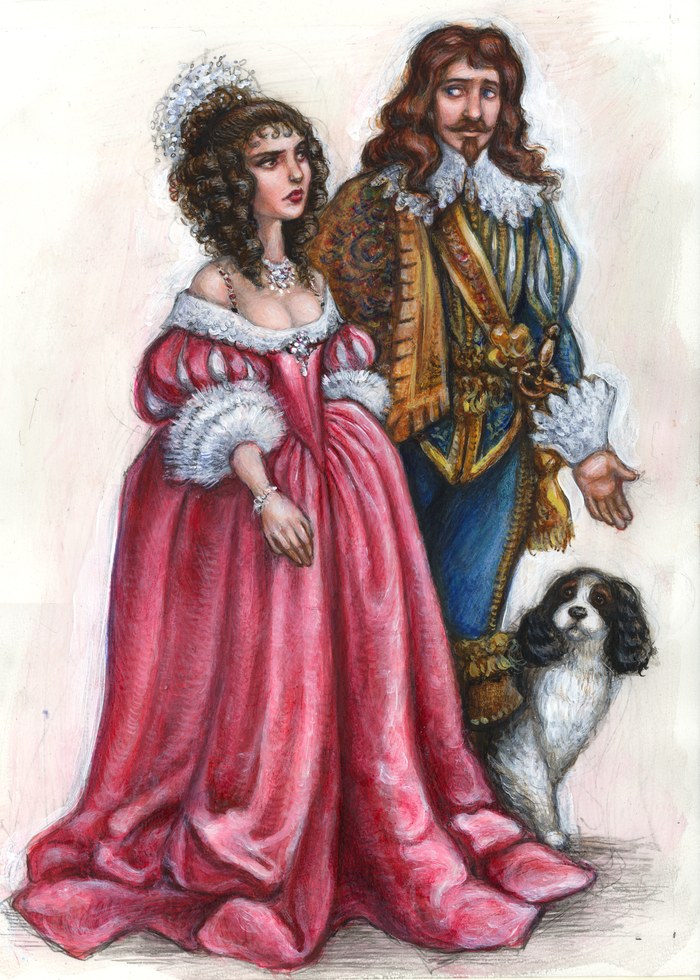 I have to say the example artwork in the campaign is very striking and thematic, how did you come across Joanne Renaud and Nathan McCoy?  Who’s idea was it to use the acrylic washes and glazes style?


Thanks! I met Joanne via Twitter originally, and we’ve become close friends since. I was drawn to her artwork specifically because it doesn’t look like the typical RPG art you see in most games -- she comes from a historical romance background, both as an artist and a writer, and it pays off when you see how much inspiration her art draws from actual period works of gowns, clothing, and other costumes.


As for the style, that’s just the way Joanne works. She told me, that she “wanted a really old world and painterly romantic look.” Also Joanne adds that she used to read Dragon Magazine religiously back in the ‘80s -- she’s no stranger to the gaming world, having played D&D and Vampire.


I met Nate McCoy at Game Empire Pasadena, and I’ve played D&D, 13th Age, and The Queen’s Cavaliers with him. The kickstarter doesn’t currently showcase his artwork, but you’ll be seeing his work in the future!


I always look for a budget breakdown when contemplating backing a project because it shows there is a plan in place for the funds, and I see you have a nice and simple description of your budget.  How important was it to you to include this in your campaign?  Will you be printing only enough copies of TQC to fulfill the campaign orders or will you be doing a full print run to create a supply?


I think it’s essential to give a sense of why you want money for a kickstarter and what you’re going to spend it on, otherwise your backers just know that you want their funding and it becomes much more like a pre-order system.


That said, it’s really close to impossible to budget accurately based on the way kickstarter works, so everything has to be an estimate. We don’t know before we launch how many people will want a PDF, a softcover, or a hardcover, so there’s no way to apportion the funds with any sort of rigidity. If literally everyone had wanted PDF, for example, we’d have no printing and shipping costs -- but if everyone had wanted a print copy, we’d have much higher printing and shipping costs.


So we are being flexible in how we approach and recalculating our budgets on the fly -- right now we have about a third of our backers wanting PDFs, a third wanting softcover, and a little less than a third wanting hardcover. (There are also some backers who are just in for $1.)


Our primary goal with printing is to fulfill the campaign orders first, and then depending on how that goes we’ll probably be printing up extra books for sale once our backers are seen to. 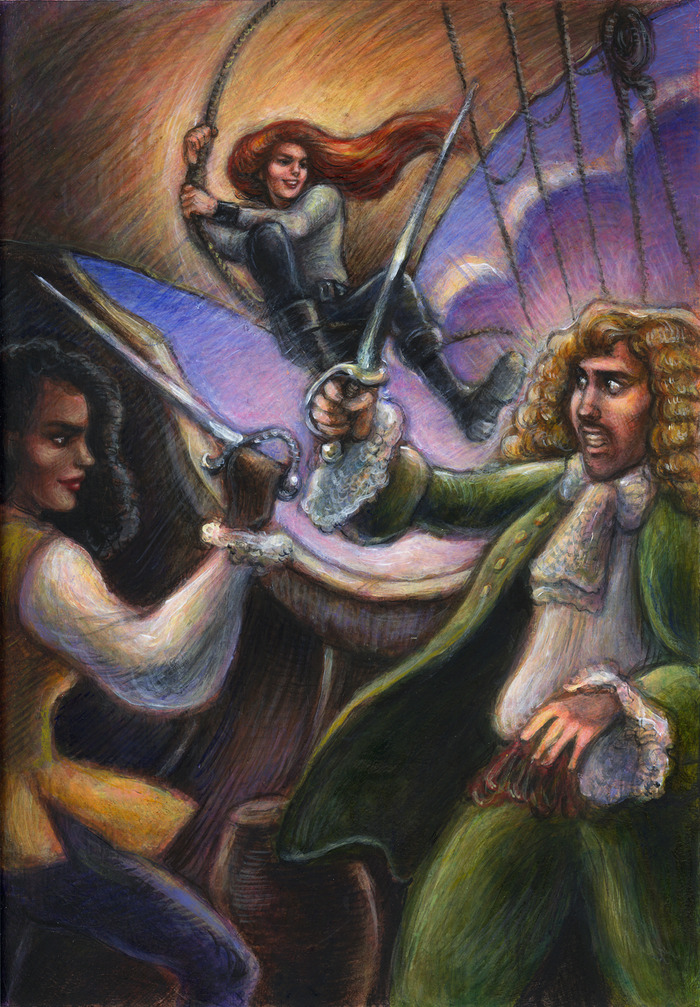 How complete would you say TQC is at this point?  Is it all just editing and awaiting completed artwork?


I’d love to say that we’re 100% complete except for editing and artwork, but that’s not true yet. There’s still writing going on -- which I put on hold for the kickstarter, since it’s near impossible to create content and run a kickstarter campaign at the same -- and we’re also being responsive to our backers to hear what they have to say.


With a pledge of $1 or more, our backers get access to the playtest materials we’ve been using for the last year and a half, and this is our first time distributing them to a wide audience -- so it helps to know what works and doesn’t work, which will then influence the shape of the final manuscript.


Oh, gosh, I don’t even remember. Let me go look on the kickstarter site and see what the first thing I funded was …


Aha! It was Ben Gerber’s delightful little “Argyle and Crew” game, which sadly did not get funded. The first successfully funded kickstarter I backed was for Christopher West’s wonderful starship maps. 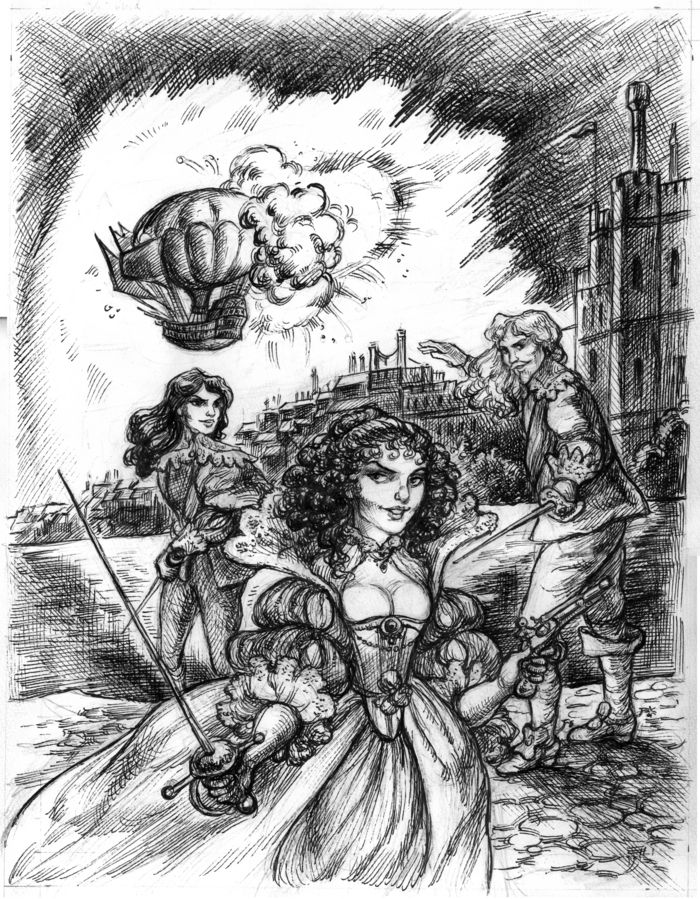 
I’m not so great at videos but much better at interviews, so we’re going to be talking to anyone who would want to hear from us. We’ve got the playtest for $1 to allow anyone to test us out and learn more, and we’re hoping to see those backers decide to move up to a higher tier.


We’re going grass-roots with our outreach -- we’ve had a Facebook presence for over a year. Joanne is dealing with Twitter, I’m handling Google+, and we also are active on roleplaying game forums including RPG.net. At least 25% of our backers came to us via RPG.net, and another 10% from Facebook.


Kicktraq is always kind of interesting -- when we had only a day or two’s data to extrapolate from, it kept telling me we’d end up with something like $200,000! Now that we’ve got further into the campaign it’s actually more useful. 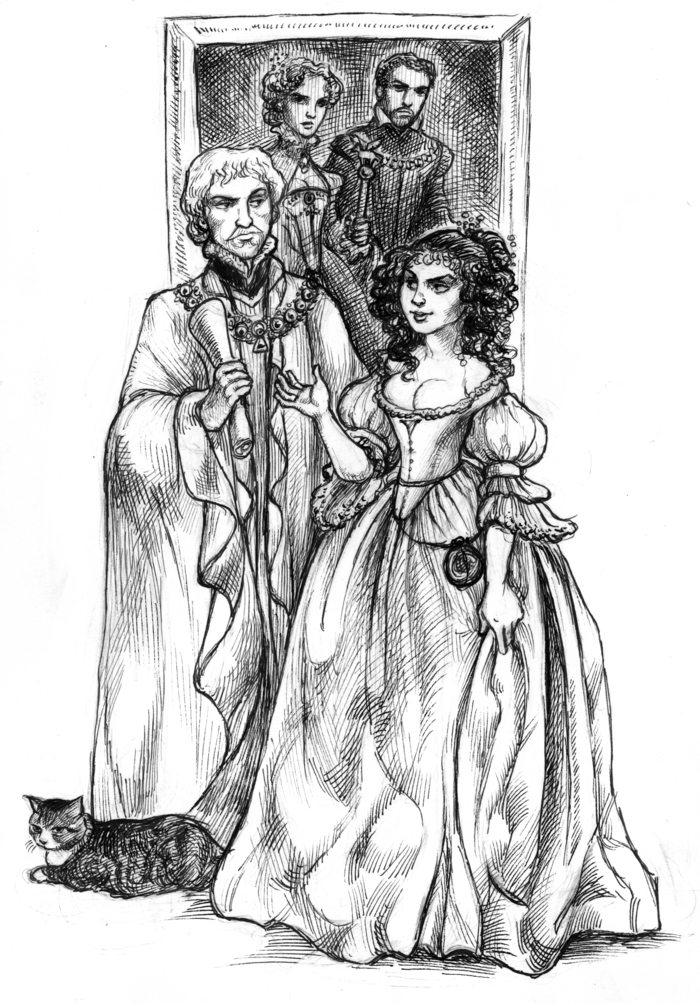 
Do your homework, and build a foundation. Let people know what you’re doing and get them involved in the process. Share around the preview of your kickstarter project and get feedback from anyone you can. Oh, and don’t overburden your project with crazy stuff like hoodies!


Thank you for having me; I hope that you and your readers check out our kickstarter and if you like what you see, consider backing us!