Dial into your local BBS, Tradewars is back!


Welcome back to another Kickstarter Conversation!  Today I am pleased to be joined by Sylvain Rochon co-founder and CEO of Sylien Games who is here to talk about Tradewars Rising.  Thank you for joining us today Sylvain.

You’re welcome.  Glad to be here.

I have a feeling there are plenty of old gamers like me who remember Tradewars 2002 fondly, but for everyone else this is a pretty new thing.  Could you tell us a bit about Tradewars Rising?

Tradewars Rising is a graphical remake of the old game really.  We tried as best we could to follow the old game’s feel and style where you, as a captain, are trying to win the game using up turns that regenerate daily, strategically vying for supremacy in a randomly generated galaxy.  You can corp up (team up in a corporate structure), make alliances etc....

For those who don’t remember the old game, the game is an mmo where you use ships of different types to trade resources for profits, establish colonies (even creating new planets), put colonists to work on your planets to build resources and fighters (who act like ammunition and defenses).  Games last typically between 1-2 months total until a captain or a Corporation is declared the winner.  There are currently 5 winning conditions for the games which focus on different aspects from colonization to piracy to strict moneymaking etc....  All in all though, its all about strategy and diplomacy to win. 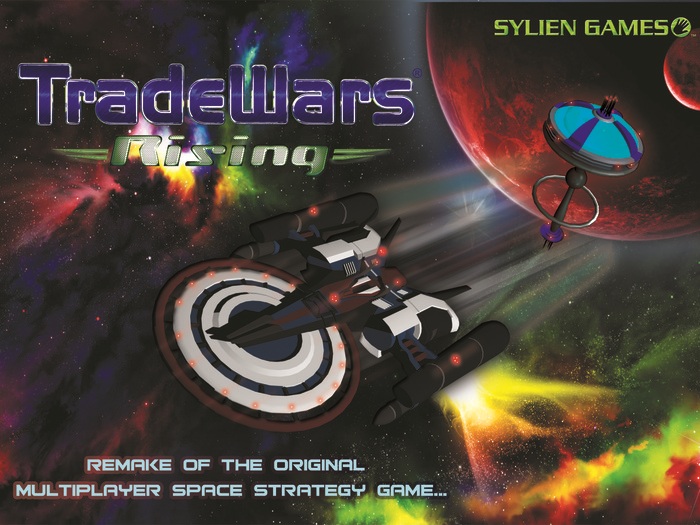 Tradewars 2002 was made in 1984!  The game didn’t have much beyond ASCII graphics and lots of text.  Why remake a game from that far back?

Its really a business decision.  We acquired the licensed rights to create the remake from EIS a few years ago to do it because we knew there were millions of people that had played the old text-based games (and still some today) so it would be easier to promote the game and draw players to it compared to a brand new title.  Also the fact that the game was highly successful in its own niche in its day.  That played a part too.

How much like the original are you making Tradewars Rising?  Obviously it’s not meant to be run on BBS is it all going to be one server?  Are we running clients on our respective machines?

The game runs on our own servers instead of needing server installs like in the BBS days, but you retain the ability to customize and create your own games and game mods like in the old classic if you’re interested in playing SySop.  Its pretty similar in ways, but since the galaxy is now graphical, ships/stations are now visible and there is a graphical UI we needed to change certain rules of the game to adapt to that.  The players are generally happy about the changes.

The backer levels all mention a “premium subscription” does that mean the game is free-to-play just with a pay wall to get at the higher quality ships and equipment?

That’s right.  We decided to keep it free to play.  Premium means you aren’t limited in the ships you can fly.  You also get a combat bonus on every ship you fly as well, which helps you save Turns, and money, often a game changer since you’re trying to reach the winning conditions first against others.  You can also “unlock” inidividual games for $2 so you can fly like a Premium player in that particular game for its duration. 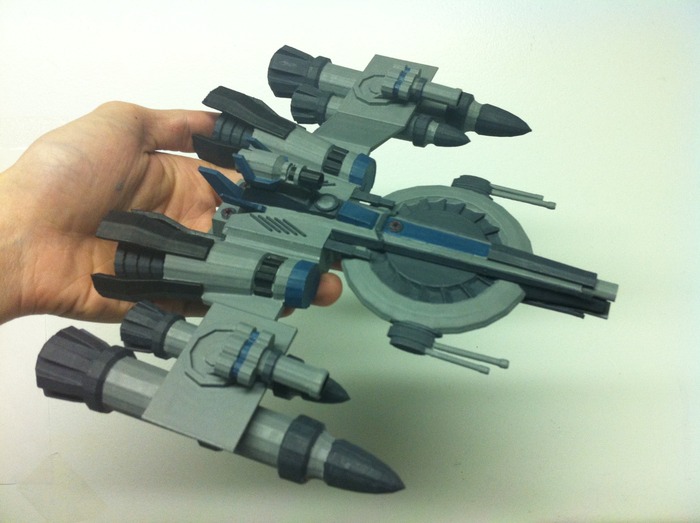 Honestly the graphics you’ve shown off look like nothing more than 3D versions of the old ASCII graphics.  Is that the style you’re going for?  Is that the plan for the whole game?

That’s right.  We wanted, and by license, needed to duplicate the look of the old ASCII graphics.  It turned out great.

The game has been running for years in a beta state, so why isn’t there any gameplay footage in the video?  Or in other videos?  A walkthrough or even a gameplay example would go a long way to getting non-Tradewars players interested in the project.

We have some footage about the game, but its probably easier and better for potential backers to go to the site www.tradewarsrising.com and see for yourself.  The issue with the video footage in our case was that the interactive panels used in the game “flicker” due to the frequency of the camera filming, which really made it look awful.  They don’t flicker to the naked eye while you play though, so we decided to leave the live vid footage out this time to keep the video clean.

The game needs a little love at the moment, but even more exciting is the game engine improvements.  We wish to improve and re-issue the game’s Mod Tool, which allows players to Create their own Tradewars Rising games for their friends, adding their own ships, weapons, stations, planets, item designs etc... whatever they can imagine.  Also, we’ll be able to allow players to post these games on their own sites to their own separate communities with statistics, without these individuals needing their own game server (all games would be running on our systems).  This is a bit of a duplication of the old server install model from the old days, revamped for today.

Essentially, if you’re a Tradewars fan that wishes to manage your own community on your own site with your own customized game, you can do that using our engine once we’re done.

If we get to the Stretch Goals, we’ll even modify it further, so that players can create their own full-on totally new game titles on the engine, hosted by us, and showcase these to their own communities.  We’ve had several people asking about that recently.  To me that’s the most appealing part of this whole project, and the most ambitious.

Friends pledged to a few kickstarter projects and sent me links a couple years back.  Been following how it works for a number of months.

I don’t think so.  I think Crowdfunding has its place in the game space, but whether a project succeeds or not depends on many factors.  In our case, we think it will work out well since we are very experienced, the Tradewars trademark is well known, we have the game running on our proprietary engine with 20k registered members already who want it to go forward and succeed, it's a relatively small amount to finish up what we started...  All good elements to give it a shot.  Its a great way to gain new exposure and new players on the systems too of course.

We have lots of different tidbits to share with the players as we move forward.  We have a strong community of backers already playing the “beta” version of the game of course, and we do have more information to share, including stories and more “improvised” videos.

All of the above, including advertising in our own Tradewars Rising community of course.  Great way to see how things will trend.  Also, since we’re doing other projects, we’ll be showcasing the kickstarter to other communities as well as we go.  One thing that I find important though is to keep connected to the community and engaged with them on TWR and Kickstarter.  We WANT people to be engaged with us in the creation of our titles and game engines.  I just discovered Kicktraq now, thanks.

Sure.  Make sure you have a good story that gives people confidence you can achieve the task, make the project an exciting one to your target audience, drive lots of people to the project really, really early (30 days prior to launch is best!) and then showcase it clearly.  This is our first try at Kickstarter with minimal funds to get it done since we’re a small studio.

Not really.  I just think that kickstarter is a great system for consumers and project creators alike, empowering them, so whatever helps putting the word out, I’m happy to help.