Welcome back to another Kickstarter Conversation!  I am pleased to be joined by Mike Doyle the creator of an ambitious art project consisting of over 200,000 LEGOs!  Thank you for joining us today Mike.


Thanks so much for having me!

I think with a title like “Contact 1: A 200,000 Piece LEGO Masterwork” the Kickstarter does a good job of getting the basic point across, but could you go into some details as to what the project goal is?

The Contact series is to promote the beauty of all intelligent life forms as extensions of our family – children under the same creative force. Through the worldwide “Disclosure” movement, enough evidence and credible, corroborated testimony has been compounded to demonstrate, that we have been visited by intelligent humanoids for many years now. These testimonies and government reports have shown the ETs concern over our nuclear capabilities and earth damaging habits. Those that have been in contact have reported incredible inner beauty of the beings they meet. Future pieces will go into expanded consciousness and its relationship to the ETs. It is an important message to counter the tabloid silliness, Hollywood demonization of ‘aliens’ and basic news media blackout. 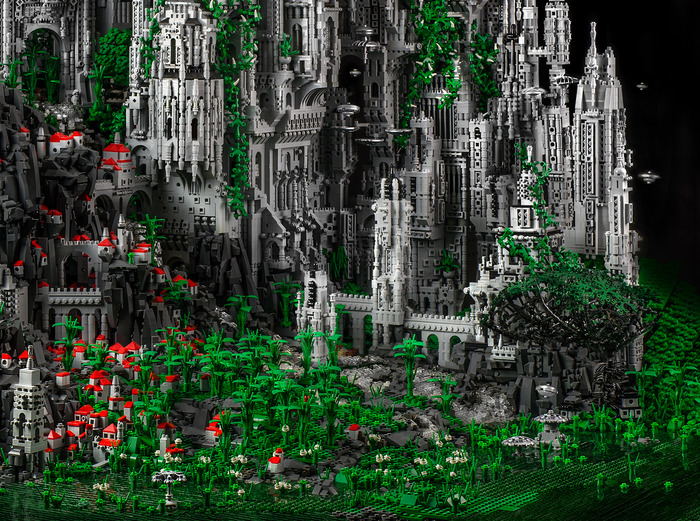 The images with the campaign are just plain stunning.  Are these renderings of the proposed build or are they pictures of the actual build?

Thank you! It’s all from the build. I’m afraid I don’t know how to render. The only section that has been ‘faked’ for now, is the very corner green water area where I ran out of pieces and money. I’m currently applying the pieces and am going to reshoot the corner. I think the power of the piece come from the knowledge that it is real.

The build sounds huge!  What is the plan for the build once it’s completed?

I have already begun disassembling it to reuse pieces for other builds in future. My hope is for submission into museums. 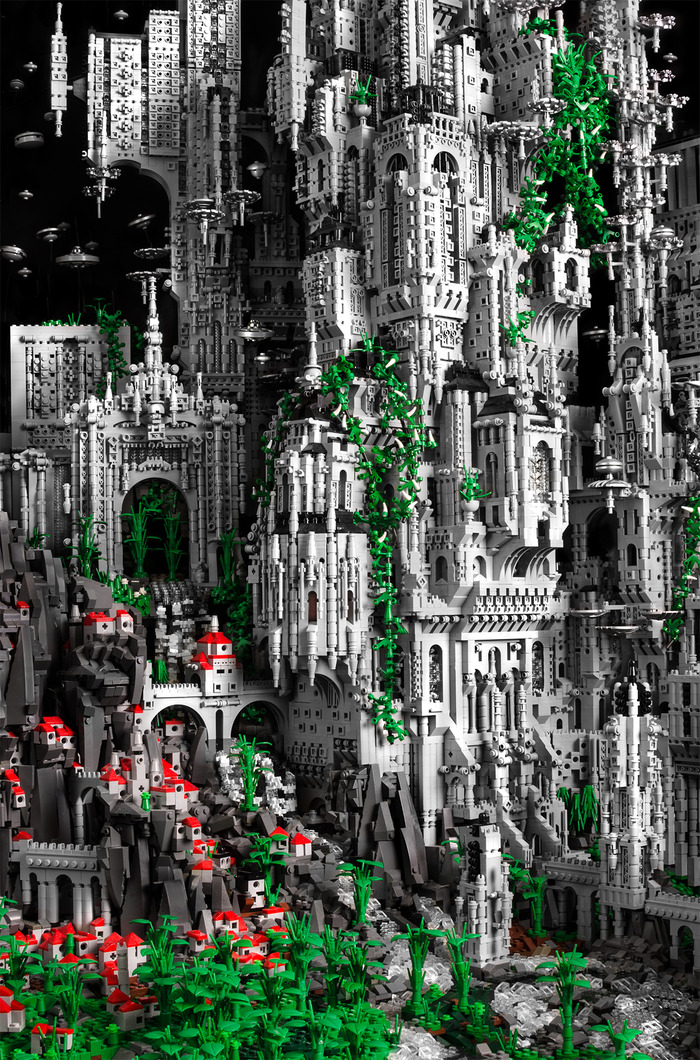 The campaign mentions that this is the first in a series of builds.  How many do you have planned out?

It will continue until the time in which I’m bored with doing it. My next piece will be a representation of expanded consciousness.

How long have you been working with LEGOs?  There are so many wonderful details in this work and the campaign rewards it’s hard to believe it’s all LEGO.

Yes, it’s all LEGO. I am constantly on the lookout for techniques that others have used and integrate things I see into the work. I started LEGO around 2 1/2 or 3 years ago after a visit to LEGOLAND got me thinking about the potential for this as a medium. 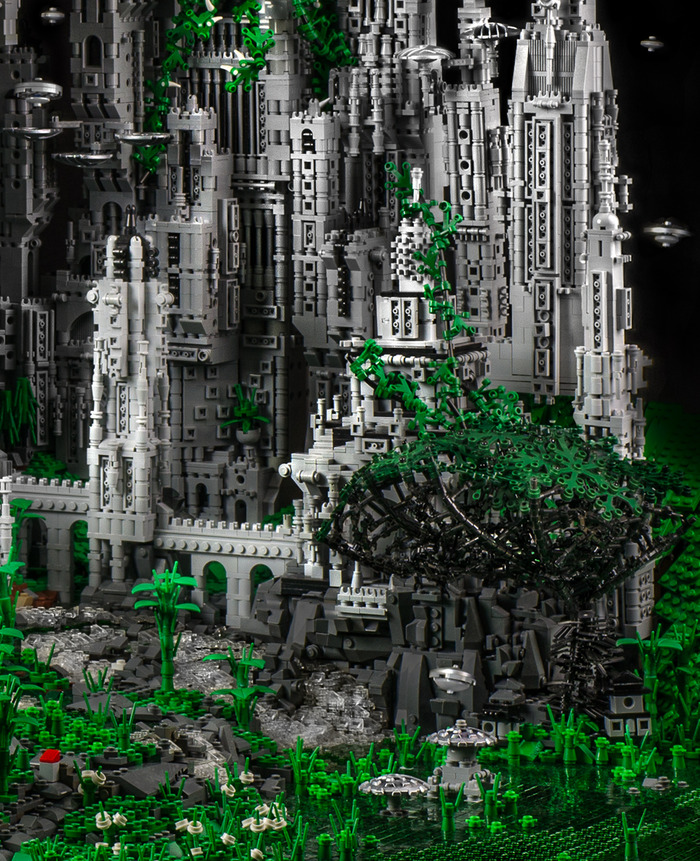 There’s quite a spiritual story here.  Where did it come from?  Is this a companion piece to a larger body of work?

In the last year or so, I have been studying and learning about certain matters which interest me. It started with near death experiences. Again, hundreds of testimonies shared all sorts of commonalities which suggested the reality of the events. Concepts such as Out of Body, Telepathy, contact with deceased family and animals in the spirit world, recalling moving through walls and reporting things they saw that could not otherwise be known, a sense of knowingness, overall greatly heightened senses, spontaneous healing after returning, movement to past and future and instant projection to places they would think of – like family and friends – are a few matters of commonality. After this, I found certain types of meditation, astral projection, remote viewing, animal communication, prayer and ET contact all shared many of these concepts. For me, the physical world I have always thought was what is the majority of our experience is now becoming but a thin veil to something spectacular.

Congratulations on getting six times your original $1000 goal!  Though that does bring up a question on my part, what is the $1000 for?  Your campaign shows off the project, talks about the rewards and some of the story, but doesn’t actually say what the money is for.  Where is the extra money going?  To the rest of the contact series?

Thanks! I am asked this a bit and need to put in my FAQs. This will cover future builds. I tried once to fund this when the project was only 20% or so done and failed. It is hard to understand or see the intensity of what I see in the final product. So, I think I’m forced to finish a piece to fund the next one in the series. 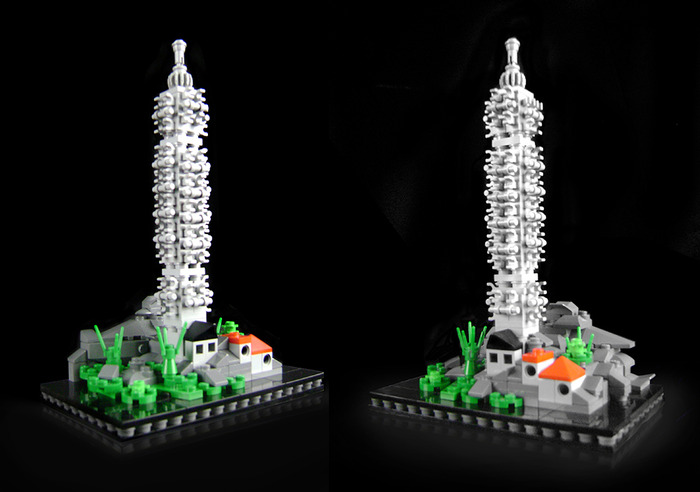 Some of these DIY build kits look extremely complicated.  How experienced a builder will backers need to be to build these?

I would not think it needs too much experience to build. Patience is the main aspect. Much of the designs are repeating patterns and generally use simple LEGO.

I’m pretty sure I heard about it on NPR a few years back. 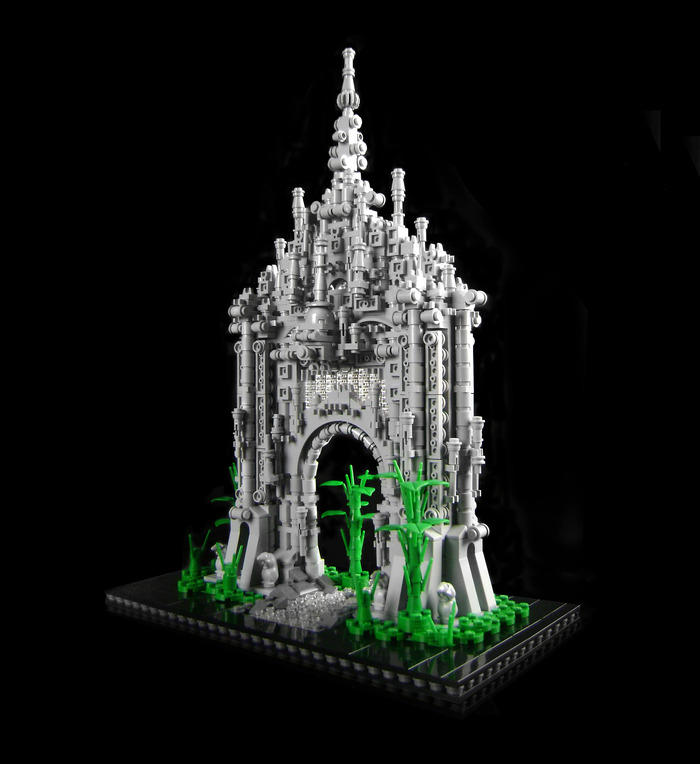 Originally, in my last attempt at Kickstarter, I was going to have funders name parts of the Odan city. I don’t know. It doesn’t seem so important to me anymore. I think the participation comes from the DIY kits. They allow anybody to recreate part of the art for themselves. Overall, my basic plan was just to create something beautiful and inspirational.

There are a few popular blogs that are relevant to what I do, so I submitted the art hoping they would post – which they did. Also I used my flickr, my blog and facebook. From there, it just caught on. I saw it was on HuffingtonPost, Mashable.com and a host of others. 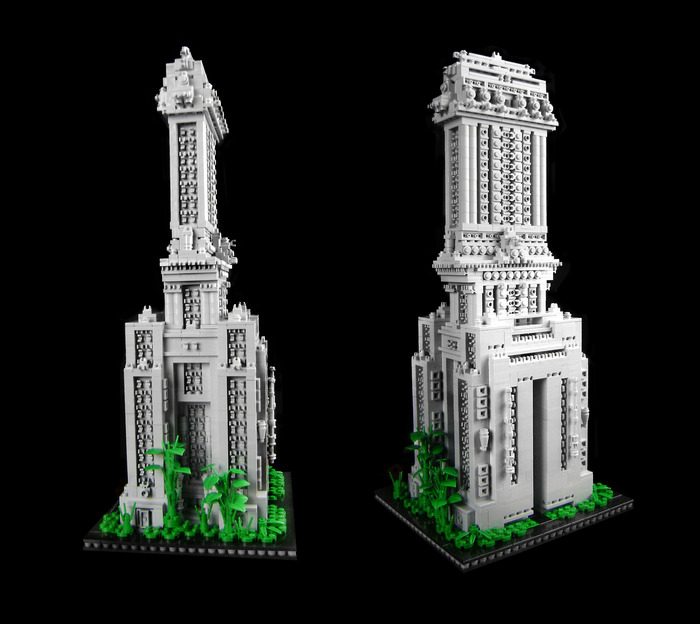 I would say, do what feels right for your personality. For me, I’m more serious and love beauty, so these aspects are what drove the video.

Much thanks to all who helped to fund and/or spread the word. The project has exceeded my expectations!

Thanks so much for the interview!