I hope everyone had a great New Year’s Eve doing whatever it is you do to ring in the New Year.  I lucked out and didn't have to work over the New Year like I normally do so the wife and I had a nice night in this New Year’s Eve.  As is traditional I’m going to start this year looking back a bit but mostly I’d like to layout my plans for 2013 with all of you.

2012 was a busy year in a lot of ways, from settling in to my new job in a new state to learning all about this whole “Kickstarter thing.”  Having come in during the first year of eBay I've had a major sense of Déjà vu with how Kickstarter has acted this year.  Just like how eBay was in the early days, Kickstarter quickly went from “oh that’s nice” to “hey folks are really making money on this thing” to “you too can get rich quick if you just do this!”  Kickstarter has become a phenomenon and I got caught up in the excitement.

The “first year” feeling really kicked in after I saw the number of projects from first time creators that were nothing more than a picture and a few words, the “newbie” posts as it were.  Folks seemed to think that Kickstarter was this magical system where if you just posted your idea the money would just flow in.  After a particularly annoying project was posted I posted a bit of a rant about it on my Google+ stream with an open ended question that basically was, “What can I do about it.”  It was this post, and the wonderful response from my fellow G+ users that kickstarted my butt into action.

At first the thought was to try and help out Kickstarter newbies as a kind of “Kickstarter Consultant.”  A great idea I thought, but who would take advice from a nobody like me?  I had to establish my “Kickstarter Cred” and enter the community as something more than just a loudmouth layman.  I needed an “in” and none of my creative projects were even close to warrant my own Kickstarter.  So how could I get the knowledge of improving Kickstarter projects without running a Kickstarter project?
Then it hit me!  Why not just ask?
One of the greatest things about the Kickstarter community is how inclusive it is.  It allows so many different kinds of ideas and personalities to become a part of something, and the biggest way it does that is by connecting the creators to the community.  Well I was part of the community so why not just walk up and ask questions? 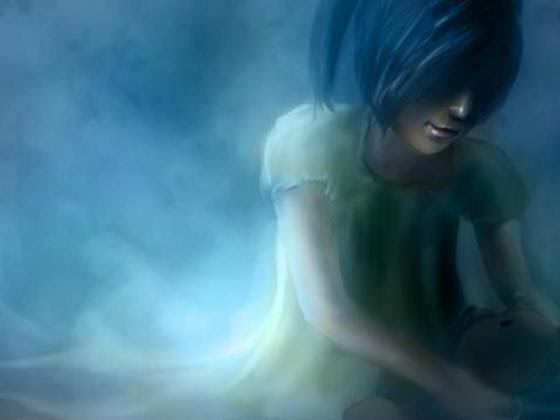 I started small with projects that caught my eye as I browsed around.  They help me build up the confidence to start asking more and tougher questions.  I started to find a rhythm and a method that worked for me.  I received positive feedback from readers and Kickstarter creators which only emboldened me more.  On a lark I decided to contact Michael Laine from the Liftport Group who had recently caught headlines with his space elevator Kickstarter.  Honestly I didn’t think he’d respond to me as he had been interviewed by real reporters and writers.  I mean c’mon I first heard of the guy from an old Popular Science interview!
Then wonder of wonders he replied!  Not only replied, he asked for a phone or a Skype interview, not an email interview like every other interview I had ever done.  The real time nature of a live interview really affected the quality and the pacing of the interview it made the whole processes more interesting and difficult in a lot of ways.  On top of the interesting content of the interview itself and the challenges of the different format, Michael ended up pushing me directly toward doing more in the Kickstarter realm. A few interviews later and I realized I hated having the interviews disappear into the ether of the social streams.  No lasting impression was going to be left if I didn’t create a central repository for all of this knowledge I was collecting.  At the same time like everyone else I had real life bills to pay so I needed a solution that didn’t cost anything.   Enter the Kickstarter Conversations blog.
With the help of J.C. Kendall I launched the Kickstarter Conversations blog with all of my past interviews and I started a campaign to gather as many interviews as I could.  The blog soon started gaining attention as I approached bigger and bigger Kickstarters.  I branched out from just game and comic Kickstarters trying to interview everything from films and musical performances to documentaries and burger sauces!  The depth of opportunities would temporarily overwhelm me but by the middle of November I had figured out a system that worked for what I wanted to deliver.
Then my son was born and I took a break.  During the chaos of his birth a few interviews were lost.  Either never published or never completed because, let’s face it, running a Kickstarter is HARD and if I don’t bug my interviewees now and then they forget.  Just like my webcomic days I have to learn to plan for major events and holidays, which brings me to today.

2013, a year of infinite possibilities…

In the coming year I have a plan for Kickstarter Conversations, and like most New Year’s resolutions this isn’t the most solid thing in the world but it’s a set of goals that I think are worth going for.

Whatever it ends up being called, my original idea of talking to Kickstarters that are “doing it wrong” as it were has returned.  After fifty published interviews in 2012, along with my person abilities, I finally feel qualified enough to start helping troubled Kickstarters.  Ideally I’d love to get to Kickstarters before they launch (which I think would be a different segment.  Something like “Final Prep” or “The Once Over” or something), but until I become more well-known I don’t see that happening.
So, working with what I have as always, I’ve started contacting “troubled” Kickstarters to see if they would agree to have their project torn apart and rebuilt in an effort to make the more effective.  To my surprise I already have had one project accept and I’m hard at work on that as you read this!  Hopefully not only will I be able to help out a Kickstarter through exposure and my tips/suggestions, but you, the readers, will be entertained.

I enjoy more than just Kickstarter and while I’m mostly focused on Kickstarter I do have a few other story ideas to write.  The first is to write about Webcomics and their creators.  These interviews would be very similar to the Kickstarter interviews but no actual project is required.  While many of the Webcomic authors I’m talking with (the first interview should be up today!) either have already run a Kickstarter or are looking into it, I figured they shouldn't have to wait for the Kickstarter Craziness to get an interview from me.  Blame it on my former Webcomic running bias if you will, but I think these interviews will be just as interesting as the Kickstarter ones.

In this case I want more readers.  Don’t get me wrong I love all of you who read now, but there’s always room for more!  As my wife would say, I need the ego boost of knowing I’m being read.  To that end I’m going to do more guest blogs on other blogs along with letting guest bloggers come here.  I also plan to start that blog roll thingy on the right to get more cross promotions going.  If I’m going to be a member of the community I’d best get in the community right?

I had a crazy idea (how is that different than any of my others?) to contact my local paper.  Not only my local paper here in Las Cruces, but my home town paper in Needles and the ones in Barstow and Victorville.  I’ve a bit of a history with local papers and I’ve found they sometimes need an extra article or two and I think I can provide that.  This is all still very “up in the air” and “pie in the sky” but who knows?

Actually that’s not a bad name for the project.  Where was I?  Oh yeah!
All this talk with Kickstarter creators of course makes me think I could Kickstarter something myself.  But what would it be?  All of my story and game ideas are still too early in the creative process to even think of Kickstarting, but maybe this whole Kickstarter thing could BE the project.  It’s a bubbling thought but it might actually boil into something worth trying in 2013.

While writing is the primary way I've been communicating I guess I could do a video blog as well. More likely a bunch of video "tips" on Kickstarter. Not sure you want to see this goofy face of mine but we'll see. Besides it gives my wife something else to laugh at me about.

As with everyone else I have bills to pay.  Time is money after all and I do spend quite a bit of time on this blog and doing the interviews.  Honestly it’s a labor of love but having a few quarters tossed in the cup now and then would be appreciated.  To that end I’m debating on how best to monetize these interviews in some minor way.   My goal is to earn enough to get a proper domain name. (Yes I know that’s like $20 but I’m aiming low when it comes to money) As such you might see A banner ad pop up eventually.  Most likely it’ll be open to Kickstarters and Webcomics only as those are the folks I think need the cheap advertising most.


So in the end I’m really looking forward to seeing what 2013 has in store for all of us.  I hope the good outweighs the bad, and I hope everyone can attain their goals for this New Year!  I hope to continue having you all visit throughout the year!