Talking with Tarol about Goblins


Greetings friends!  Today I’m pleased to be writing about my discussion with Tarol Hunt, creator of the Goblins Webcomic about his recent collaboration with Evertide Games to create the Goblins: Alternate Realities Game.  My discussion was via Skype so as always, here is the raw audio file:

The Goblins webcomic (2005) has been a great romp through the metaverse of Dungeons and Dragons for many years now.  Playing with many of the regular tropes not only found in D&D, but in role playing and fantasy stories in general, Goblins has been telling it’s own brand of tale for almost 8 years.  Now they’ve partnered up with Evertide Games to create a card game to let the fans play with their favorites from the comic in their own way.

Tarol describes the card game as being “technically cannon” because the players will be playing alternate reality versions of the characters from the comic much like we’ve been seeing in the current arch of the strip.  It is not a collectable card game but an all in one box Card game so everything is ready to go out of the box.  He likens the game to Steve Jackson’s Munchkin games.  Every character will have their own action card deck that fit the character they’re playing.  Each player will have their own goals and each character you choose from will play differently based on their strengths and abilities.  There’s a nice card drafting system which allows players to buy loot based on what they actually want to achieve.  Be it needing that shiny sword or a grappling hook the players will get to choose instead of the random draw for loot. 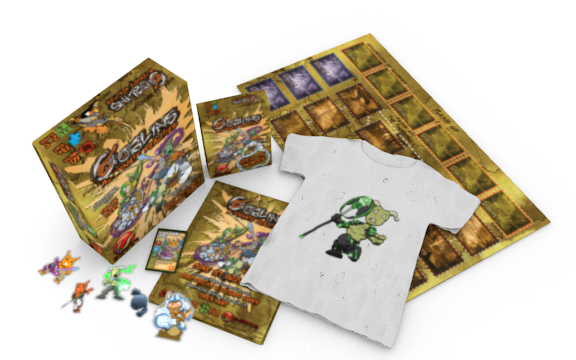 Twelve main characters and as many bonus characters that can be unlocked are going to be included in the game including a special reversible “Fumbles/Vorpal Kickasso” character.  Even the fundraising side character Tempts Fate was added thanks to popular demand.  The original goal of the Kickstarter was $30,000 and as of this writing they’re closing in on their $120,000 stretch goal so obviously fans have been drawn to the game.

After being approached by three different game companies Tarol went with Evertide Games as they seemed to fit well with what he wanted in a Goblins game.  All of the “gamey” bits of the game has totally been handled by Evertide with Tarol’s artwork being all he’s on the hook for.  In fact “99%” of the Kickstarter campaign is being handled by Evertide leaving Tarol free to work on Tempts Fate and the comic as well.  The best way he has to describe his relationship is, “They make a game and I get to play it.”  Plus he gets to turn to the creators and go, “Hey that’s a stupid rule!  I love games and Goblins is based off of one so it was only a matter of time before there was a game based off the comic.”  There were so many meta layers to this game Tarol and I had a nice laugh trying to count them all.

Tarol chalks his success down to time.  “Time is on a webcomic author’s side.  If you keep putting content out there you’ll slowly build up a fan base.  If you consistently keep putting out material the fans will show up.”  His advice for those wanting to start their own webcomic is to “START NOW.”  You are never “good enough” to yourself, most artists always think, “I’m not that great now, but one day... so put it out NOW and you’ll grow and get better and better.  People will watch that growth and you’ll start pulling in the fans. ‘Do what you love and the money will follow.’ It’s not enough at first to quit your job, but it can get there. Just keep doing it!” 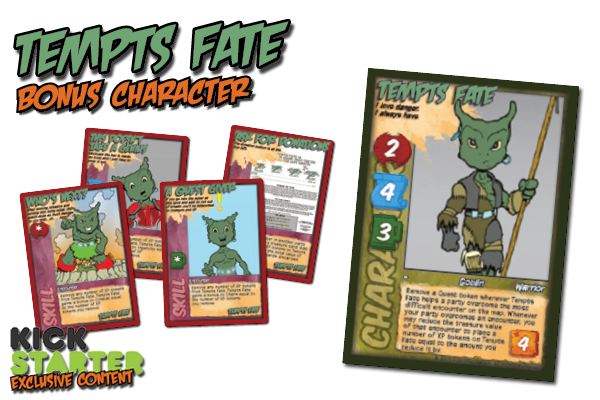 Tarol has taken his talent and drive to build a fanbase and has turned it into Kickstarter success.  The beauty of the internet is that fans and creators can combine to create things that might never have happened without them.  I look forward to hearing how the fans react to the game when it gets into their hands.  I hope everyone who’s interested gets a chance to join in and enjoy!
Posted by Unknown at 6:20 AM