Was it the reaction to that initial animation that drove you to launch this Kickstarter?


A: My followers/fans/ were excited to see this series possibly turn into an anime, some of them did already put down money to help me achieve my goal ahead of everyone else. Mainly, I launched it because my fans, and my teammates want to see it go into full production and become actual products. Though I was on the fence about it, they gave me the courage to try such a Kickstarter.

Your FAQ mentions that “We use Photoshop, Manga Studio, Adobe Flash, and After Effects. The 3D parts are done in both 3Ds max and Google Sketchup. Then redrawn/painted in photoshop and Manga Studio to fit into 2D.”  That sounds like a very roundabout production pipeline.  Was there any thought of just keeping it all in 3D with 3DS Max or say Blender?

A: Believe me, I wanted to use the 3D straight, but the robot models need to be re-rigged, because our production doesn’t have a rigger, and that won’t come without a budget. Since my 3D skill is limited and only good for modeling sets.
If we get the budget we hope for, I will hire a rigger and re-rig the models for straight use of 3D to be possible. We initially have to use 3Ds max because my modelers are both 3Ds max users, however I have been looking at Google sketchup and Blender as other possibilities in the future.


As for backgrounds, there’s no way not to redo them to fit into 2D. Touch ups will be required for Background and layouts.


How long is this animation project expected to run?  What counts as a “Full OVA Episode?


A full OVA Episode is about 22 minutes, for a regular 30 min TV program. With the first goal that we have, we can only achieve 10-11 minutes at best, a short half- episode budget. 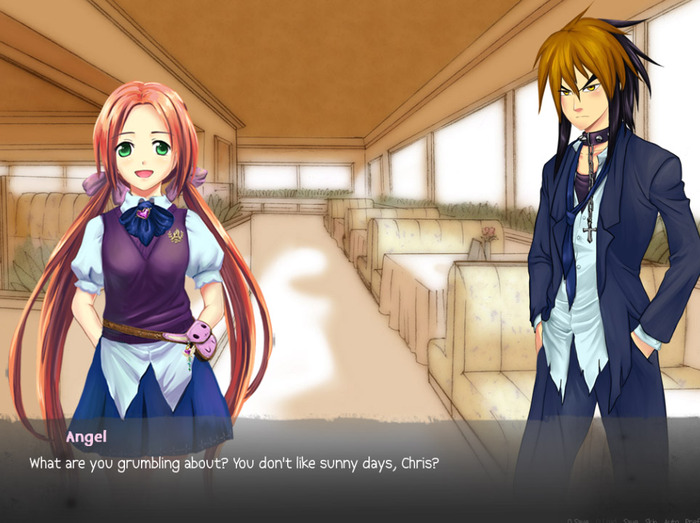 You list a game (With the attached image) but don’t really talk about it in the campaign.  What kind of game is it?  Is this game already completed?  Will some of the funds from the Kickstarter go into the game’s production?


A: Good question! (I need to update that later)
It’s a Choose your adventure mystery solving Visual novel project that I am already working on. In the game, Angel will explore the true and false memories of all the characters and try to help them resolve issues and find out the true cause of death for Lien Lei’s mother. However if she chose wrongly, there can be unhappy consequences. (I will leave it at that…) Romance aspect is also part of the game. There will be several endings to the story, an aspect of storytelling both the anime, and comics can not provide, but fun to write for writers.


The game is scheduled to complete in roughly another 3-4 months. Since I originally planned for the game to be used to fund animation, I decided to offer it up as a reward. 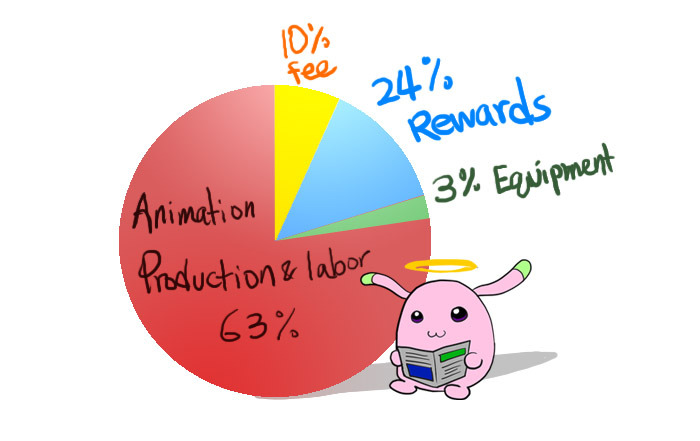 
Yes. I personally have always appreciated budget breakdown. It’s important for people to know I actually only get roughly half of the budget I asked for the production. More importantly, for the team and budget planning so we don’t over-spend or over-plan.  Originally I had planned to offer the full episode at a much lower budget, but after we finished calculating the actual budget based on the cost, we had to double it.


Budget calculation saved ourselves from trouble. People only see a simple chart here but the excel calculation was no simple task. It took us days of discussion and work time to nail it down. Listing down everything from material cost, shipping and handling, and bulk orders, plus man hours to get a few simple numbers for us to present.


A: OH boy… so long ago. I believe I first learned about it a few years ago from another artist Jisuk who ran her kickstarter for a novel project. Now she’s just wrapping up another one for her new novel Fishbones.
I pitched my comic printing fundraising shortly after in 2011 and then pitching again in 2014 for the animation project.


A: We have a load of art and material stored up for updates. Though I found the things I personally love looking at most are sketches from other kickstarters. So I have planned to throw in a quick sketch for every thousand we raise, and post about every interview possible. To make it fun I call it Kickstarter Daily, pretty much reporting back to backers everyday, with something fun. Either an animation clip I have, or a comic, or a screen shot.
I am also planning to finish a series of animation tutorials for the purpose of promotion.


We are going to update the video again once the sound is done being edited. We saved a lot of bloopers (of my embarrassing self) for entertainment. I am not used to putting myself up there but I will do it if it’s required of me for the sake of the project’s success.


A: Thank you for mentioning Kicktraq to me. Elysse, a teammate had found it before during her research but we didn’t look deep enough to realize this website offers projection. We will now use this site to help with our projection.
We have found that Facebook, Deviantart gives the most pledges right now from where my fanbase is. We also tried advertising on topwebcomics, projectwonderful, and thewebcomiclist, Deviantart, a few pledges have come by. But ads are not working as good as word of mouth, we will try to plan our marketing around words of mouth right now. I have tried contacting bloggers/youtube reviewers, and podcast channels, hopefully to schedule as many interviews as possible towards my target audience.


A: One trouble that I almost got myself into was budget planning. My beginning budget was originally 20k. I completely neglected the fact the cost of the rewards and preparing the rewards will take up so much of the budget, though I did plan around the fees, and taxes, if my teammate didn’t help me do the math, and God did not warn me in my dream… I think I would be in for a delivery problem. So yes, do the budget.
And make sure you show some of your best samples in the first minute of your video. (Don’t start just by talking heads! I always have an urge to stop video when it starts with talking heads.)


A: Save up money and spend on good sound if you are doing a film, sound won’t listen to you, drawings and camera will. I SWEAR that sound issues has been like some of the worst things I have ever have to deal with in film/animation productions!


And if you are working with a team, two tips, ask and remind often about tasks and goals, and show them what you have done often. Use a site that’s easy for communication. (in my case, a facebook group) Your team momentum will be a lot faster. I am sure a lot of indy groups planning for Kickstarters will need this. XD