Bring Back the Burning Suns! 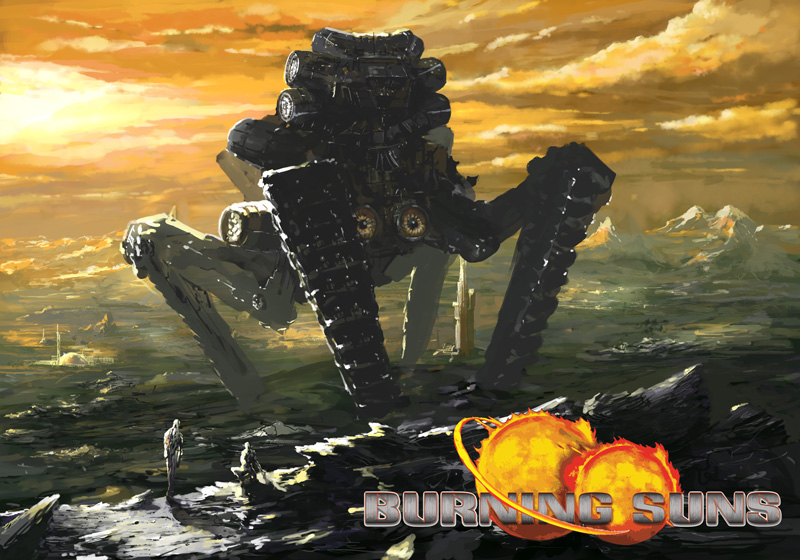 Welcome back Kickstarter fans!  Today I’ve got a quick announcement/interview for you all.  Seems our old friend Emil Larson is trying to bring back the Burning Suns game that we talked to him about a while back.  Welcome back Emil!


Thanks a lot for letting me back James, it’s nice to get a second shot on your site as well :)


First off, I’m sad to see you didn’t make your goal last time with Burning Suns, but you’ve dusted yourself off, worked on the project and are ready to try again!  So tell me, what went wrong last time?


I’ve spend a lot of time looking through Kickstarter statistics, reading blogs and so on. And everyone states the same, that if you get 20% during the first days you’re about 90% likely to succeed etc. We had 50% after 4,5 day and still ended up on “only” 88%. But of course these statistics has to be taken with a grain of salt.


What unfortunately happened was a series of several mistakes done through the campaign. I hope it’ll serve as a checklist for new people.


Well it’s good to see you’ve figured out what went wrong before.  What are you doing to fix it this time around?


As I’ve mentioned, I’ve used a lot of time narrowing down the specific mistakes. And I’ve done a lot to fix these.


I have a full color rulebook (not optimized or final yet). I have several prototypes circling the US and Canada, where players are getting hands-on with the game - really cool :)
I’ve also spend a lot more time on social medias to establish myself before I launch.


So the cool diceships are back?  Plus you have new versions planned as stretch goals?


Exactly.. now they are back for good ;)
Yea - I wanted to give each race their own versions of the units, to make them stand out from each other - and emphasize the epic science fiction theme. I my opinion, the game have to drip with theme when you pick it up.


Why should people back you this time?   What do you have to say to those who backed you previously even though you didn’t reach your goal?


I think many more people will find it interesting, over 100 minis, $16 cheaper than the last Kickstarter campaign, and now with some more stretch goals focused on giving people even more theme and replayability in 1 box.


And I certainly need the support - because all these goodies and a lower price, demands a higher budget/goal to start out with, it can’t be any other way.


To my former backers - I hope to see you again soon, and thank you for all the support you’ve given me so far, you’re the best! The game is waiting for you guys! :)


Well I’m sure you’ll make it this time, I look forward to seeing your relaunched campaign succeed.  Do you have anything else you’d like to share?


I hope you’re right James - it would be a dream coming true! Thank you so much for taking your time to talk to my again :)


And to all your readers - make sure to check out the Kickstarter campaign while it’s in preview.


Sign up for a Kickstarter alert here - www.suntzugames.com - and happy gaming!