Welcome back to another Kickstarter Conversation!  Today I am joined by the one and only Fred Perry to talk about his own personal passion project, Calcula’s Level Up!  Thank you for joining us today Fred.

Hi, James. This project is my first kickstarter campaign. It’s something I thought I’d never get to see otherwise, and I’m glad the forum and technology exists to make small endeavours, like this one, possible.
As long time fan of your work I was excited to see your project show up on Kickstarter.  Can you tell us about it?

I’ve been playing Final Fantasy XI since 2004. It’s a great game and I’ve made lots of new friends while playing it. We’ve had a lot of good times too. One day in 2005, I decided to make a few comics about the weird and quirky scenarios we’d get into, and I’ve been doing it ever since.

I’ve always been a little sad about not being able to collect those comics into a real hard-copy book. I wouldn’t be able to make it a retail project. I didn’t have enough money to print enough to make it available everyone who was a fan of Level Up. But Kickstarter came on the scene and a few of my friends have been urging me to try it, so I decided to go for it. 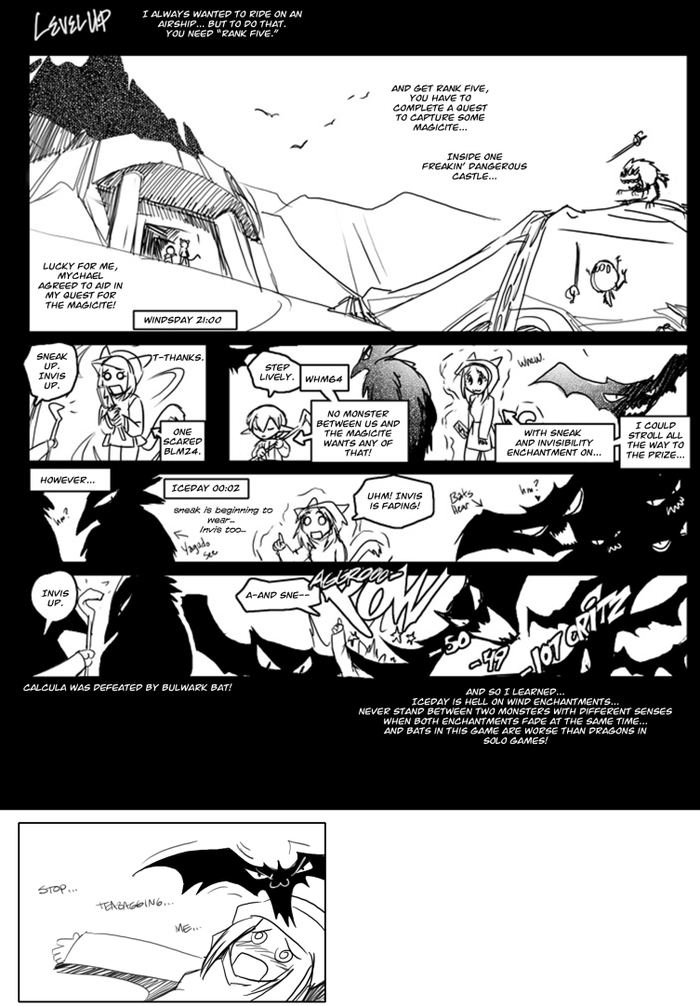 How familiar with Final Fantasy XI and MMO’s in general do you need to be to enjoy Level Up?

Level up was written so that some of the guys here at the AP office could get the jokes too. They don’t play FF11 so if they get the situations and gags I figured they were reasonably accessible.

Since I’m at the office a lot, I like to use the editors here as a litmus paper to test how good or bad or out-there some of the jokes really were.

You state multiple times that this will never ever be available through retail and only through Kickstarter and your convention appearances, why is that?  Why not just release this through Antarctic Press like your other work?

A project like this has to be put into Diamond Previews or a retail catalog and made available to retail stores and for online sales. I didn’t want to sell it through retail channels because I feel the number of orders would have been far too small to support even a small 1000 copy print run. Level UP isn’t exactly mainstream.

One of the fun parts of Kickstarter is to see what the higher reward tiers offer, and your custom character tiers are quite interesting.  Did you expect to have them all sell out so quickly?
This is my first kickstarter project. I didn’t know *what* to expect.
You’ve been doing Gold Digger for over 20 years (!!) now; do projects like Level Up help keep your creative juices flowing by not burning out on any one project?  Do you get tired of drawing Gina and the gang and just want to do something else now and then?
They really do. I find that if I *just* work on Gold Digger for extended periods of time, I start to wear down. I occasionally divert myself and when I come back to G.D. I feel refreshed and I can take things from new angles.
Is Level Up still updating online or is it going to stop with the printing of this doujin?
Unfortunately, I can’t work on Level UP as much as I’d like to. It’s ALL available online for free, after all. It’s hard to meet rent with that price point.
So I can only do it in my spare time. (And I have so little of that.) 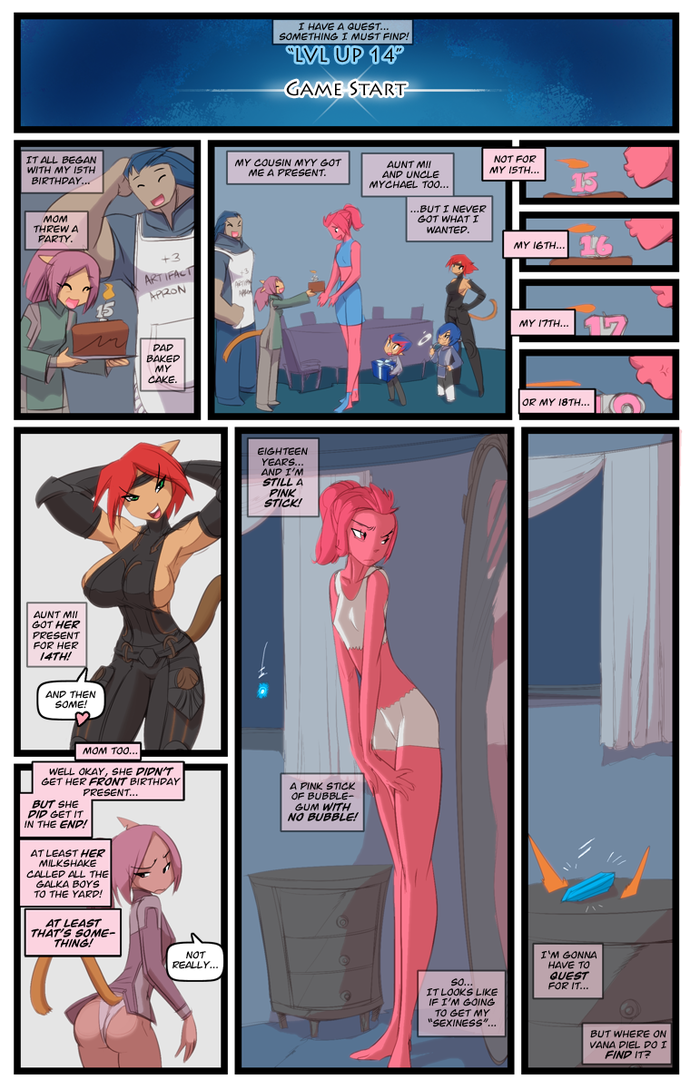 Now I ask this of all Kickstarter creators so I won’t let my fanboyism stop me from asking you: why isn’t there a budget breakdown for your project?  I understand you’re a pro at getting comics made and printed, but seeing a budget breakdown helps share your knowledge with others as well as let the potential backers know you’ve looked into this and know what it’s going to cost.
I didn’t know we could do that.
Let me see. The budget for this project was
9000 for 3k print run (shipping to me)/(temp storage) the books and dust jackets.
2000 budget for shipping and handling (+getting help with that),
1300 for the buffer for kickstarter/amazon’s 10%

How did you discover Kickstarter?
Brian Denham and Ben Dunn told me about their projects, But I’ve heard about Kickstarter from word of mouth. I’ve always heard that there were lots of people who use it. I’ve always wanted to try a project, but I’ve never gotten around to it until now.


A key part of successful Kickstarters is backer participation and how to convert a potential backer into a full backer.   How are you engaging your backers?  What kinds of things do you have planned for updates to give notice to those who just hit the “remind me” button and surf on?  Interviews?  Videos?  Stories from the project?
Currently I’ve got some additional content I’m brewing with input from my backers in the comment section. I plan to include 30 additional pinups from some of the most memorable FFXI shared experiences.
From hunting Charybdis to that first battle against the wiley and venerable martial arts teacher, Maat. I had a lot of great memories while playing that game. My friends say that seeing my impressions of those memories brings back visions of their own experiences.
So my backers are helping me create additional content right now, that will be included in the project’s art section!
What kind of media attention have you received with your project?  How are you spreading the word?  Facebook?  Twitter?  Google+? Youtube?  Advertising?  Are you using Kicktraq to track your progress?
Wow! I didn’t know you could use all that. I just spread the word around to my friends!
Do you have any tips/advice would you give to anyone looking to start a Kickstarter?
If I were to start again, I guess I’d have made more plans for add on offerings. But I wouldn’t change much else. I just wanted to project to be funded and I got my wish.
Thank you for spending your time with us!  Do you have any final thoughts for our readers?
I’m really happy that my project received enough support to be made into reality. Unfortunately Level UP will not be available in stores or for sale online. If you’re interested in acquiring a copy, you’ll have to see me personally at a con. Or you could pledge.
If you’ve pledged, or you plan to, I’d like to thank you from the bottom of my heart. Part of my reward for making comics is getting the hard copy in my hand. That’s like 40% of the reason why I draw them in the first place. Getting Level Up in my hand has always seemed like a distant dream until now and it’s all thanks to you!
Thanks again and I hope to hear good things from your Kickstarter!