In Space No One Can Hear You Roll Dice...


Welcome back to the Conversation!  Today we look into the darkness of space with Ivan Norman from Hunters Books.  Thank you for joining us today Ivan!


Hey man! Yeah thanks for inviting me! I’m happy you got a chance to look at what we’re doing...


Your project Outbreak: Deep Space just begs the use of the quote, “In space, no one can hear you scream.”  Would you be so kind as to describe what Outbreak is and why my readers should be interested?


Absolutely, Outbreak: Deep Space is the first stand alone successor to Outbreak: Undead and allows you to explore the horrors of Sci-Fi Survival horror using a unique system that favors all the great elements that come with the genre. Scarcity, Confusion, Overwhelming odds, and the knowledge that Terror could be around every corner. 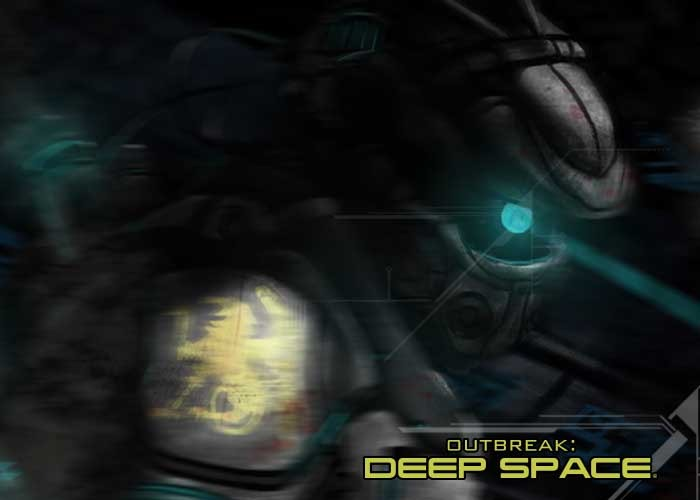 How does Outbreak: Deep Space relate to your previous project Outbreak: Undead?


Outbreak: Undead was the Zombie Survival Simulation RPG that we put together back in 2010 and has gone to win several awards and really establish itself in the genre as the best way to play the Realism and Reality route of the Zombie Genre. We like to say it’s the “best way for you to SAFELY simulate any kind of zombie Apocalypse Scenario, under any circumstances you want, with any kind of Zombies that you want, to the degree of realism that we provide you with a 40 Q personality test that allows you to play YOURSELF as a character.”

What does the Outbreak series bring to roleplaying in this genre that I couldn’t get with a more universal gaming system like GURPS or FATE?


GURPS and FATE are amazing systems, especially FATE with its capacity for storytelling. I think what Hunters  bring to the genre that is unique is we love to do our research about the areas that we write for, and really enjoy getting into the gritty realism elements of the genre. For Outbreak: Undead we had consultants from every area from Search and Rescue, Medical, Fire/Police department, Special Forces training, etc.


We also incorporate elements like “Panic” and “Pain”, and utilize a unique Stronghold System which is a staple of the Outbreak series.


Our goal is to absorb so much information that it enables us to build something that is essentially a ‘Tool box’ to allow our players to build their own worlds in.


For Example, In Outbreak: Deep Space there are rules for:


Invasion Terror - A campaign where your players are attacked by sentient creatures, be they human or alien. They are often devoid of “Viral” but utilize many various “Horror Traits”


Trans Dimensional Terror - A campaign where your players are under siege from terrors from beyond our mortal comprehension. Replacing the Viral mechanic with 'Sanity Loss'.


Our main goal isn’t to tell you HOW or WHAT to play, but provide you with all the material in which to run the terror that YOU want to impose on your players. 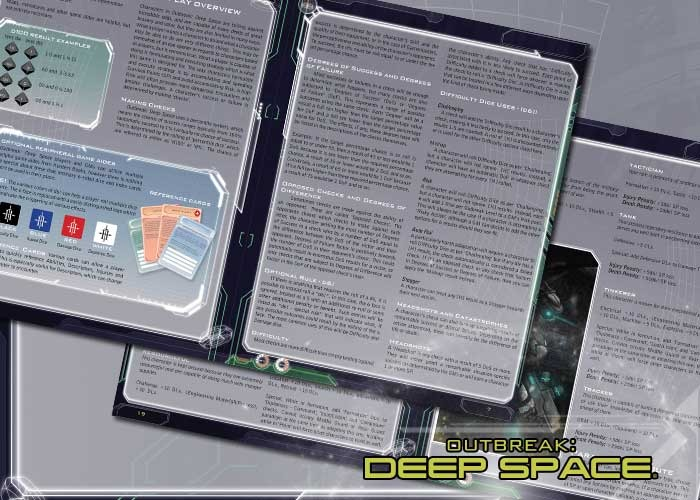 Outbreak: Deep Space was released before as a module and is still available from Drive Thru RPG as a PDF.  What made you want to turn it into a full stand alone product and how are those who bought into your system before being rewarded for their loyalty?


In all sincerity, after releasing Outbreak: Deep Space as a Module we had A LOT of feedback from our players who loved it, but felt like it wasn’t enough. In reality the game from the beginning really deserved it’s own book, but we weren't in a place to print it yet (especially in Color, which we felt was VERY important to the Layout) .


We have made it very clear that if you’ve BOUGHT the PDF on DTRPG, we WILL be updating it so that you get the new Version of Outbreak: Deep Space for FREE, we will not double charge! That would be Crap! In fact, most likely we’ll end up throwing a few new goodies in there anyway for the people who have stuck with us from the beginning.

As previously published game creators you’ve proven you can release a product which is always a great way of mollifying potential backers.  Another thing I look for in a Kickstarter is a definitive budget breakdown explaining where the funds are expected to go.  Your campaign page mentions the money is pretty much just being used for fulfillment as development of the game is 99% complete, yet it doesn’t go into much more detail.  Is that because the funds will be used for a fixed number full print run and not a variable number based on how many are actually ordered?  Will these excess copies be used as stock for future convention and store sales?


The goal set by the kickstarter is based on a quote we have from our printer that is minimum they are willing to do to make it even AFFORDABLE to the general public. Our goal is to obviously print as many as we can, while still not over printing and having excessive stock. The idea is if we continue to meet new goals, we’ll be able to meet the demand for Convention and Store sales. Also i’m sure you are aware, that Kickstarter is just as much of a opportunity to meet new gamers as well as make new games! 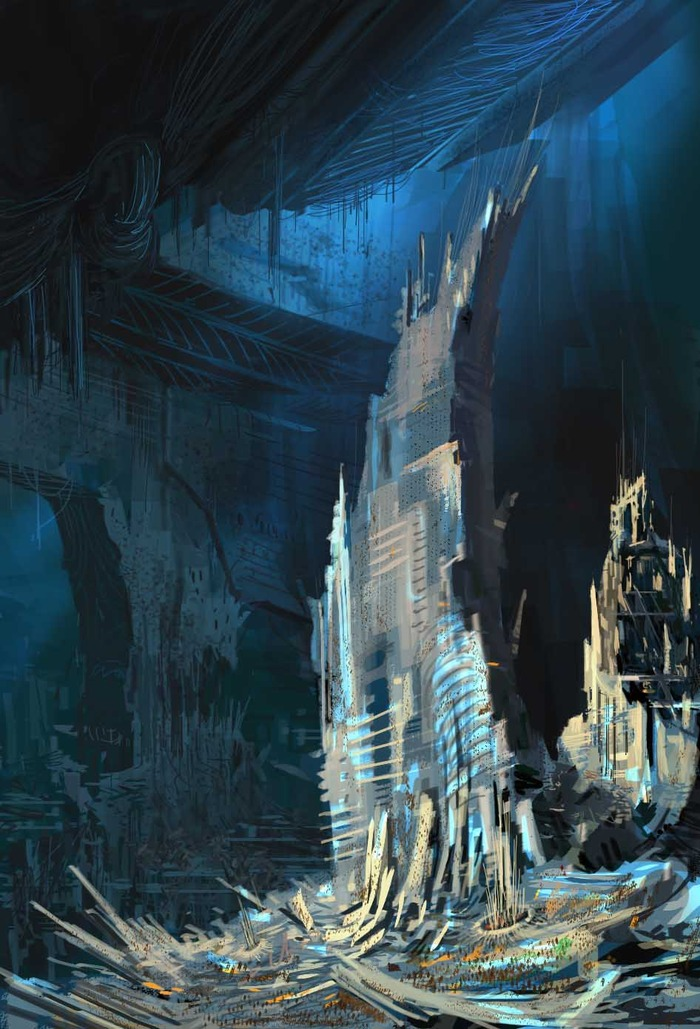 
We are all Long Time Backers, and we’ve been supporting game projects for years. I don’t even remember the point of discovery, but we make a huge effort to be a part of what is ‘new and cool’ and help people realize their dreams and passions. We didn’t start our company with Crowdfunding back in 2010 because 1. It was still so new, and 2. because we felt traditional investment would make us more accountable for our product. Having investors REALLY changes how you do production/marketing/fulfillment because you have to pay that back. It’s very different than having COH (cash on hand) everywhere and not necessarily the same amount of risk in spending it.


Absolutely! Since this is the Companies first Kickstarter, we are discovering a lot of what our Backers want, and doing our best to fulfill them. We are already in the process of making some cool KS avatars, as well as talking about media ideas as part of our updates to engage our backers in a story to get them excited to play the game!


Not to mention all the new information we have about Outbreak: Undead 2nd Edition that everyone wants to know about! 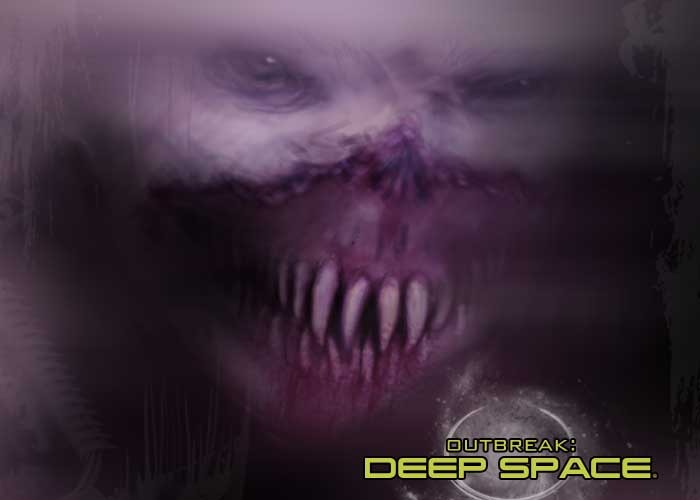 
We have a really amazing Facebook Following as well as a strong network of friends in the gaming world who are going to bat for us on their various social networks. We recently got some attention from the Zombie Research Society, as well as Geek & Sundry based on our Twitter Account, and HELL YES we are using Kicktraq to keep things moving!


We’ve been doing some advertising with targeted banners among the game blogs, but as of this week we’ll be exploring new ways to do Outreach :)


Do your research! Especially when it comes to your video. I can’t tell you how many drafts we threw out before settling on the ‘moving art with titles’ scenario.


We even did some VO for a while, and it felt forced. You want to convey the Purpose, Message, and Need of your project in a VERY short amount of time.


Be transparent! The best you can do is communicate what you are doing with Visuals as much as you possibly can. We have SO many cool projects out there, only the ones that make an effort to ‘shine’ will able to pierce the clouds the best.


Thank you! It’s been a pleasure... Honestly I just want to say we really appreciate you taking the time to consider us. We love making games and thankfully we’ve been able to do that for four (4) years now. With this project and your help we’ll be able to continue doing so! We understand that you are investing into a company as much as a product, and I feel it’s important for our backers to know WHO we are just as much as WHAT we make. We are a three (3) man team that consists of a Designer, Marketer, and Editor, we all went to college together, and we all play games together.


Same! Thanks for helping spread the word! Take care… Prepare!
Posted by Unknown at 6:30 AM