The Hollywood Home of Science Fiction


Welcome back to the Conversation!  Today I am once again joined by Huston Huddleston who has returned to both Kickstarter and the Conversation to talk about his proposed Hollywood Sci-Fi Museum.  Thanks for coming back Huston!


Absolute pleasure and glad I’m actually alive and here to talk about something that’s so meaningful to me, and to others.


When last we spoke it was October of 2012 and you had raised an impressive $68,611 dollars to restore the Enterprise D’s bridge.  What have you been doing since then and how has that restoration project gone?


A lot and all over the place. The 68k we raised was only ¼ of the money we needed to restore the entire bridge, but more importantly, our original plan of touring the bridge to other museums proved not legally possible by the rights owner of Star Trek. Which (as we say in our video) left us with very few options, and not enough money, and no big companies really caring about our “Bridge Restoration”. So after taking the chairs and computers of our Bridge to 22 conventions around the USA, we had to create a new plan, creating our OWN Science Fiction Museum in the heart of Hollywood. 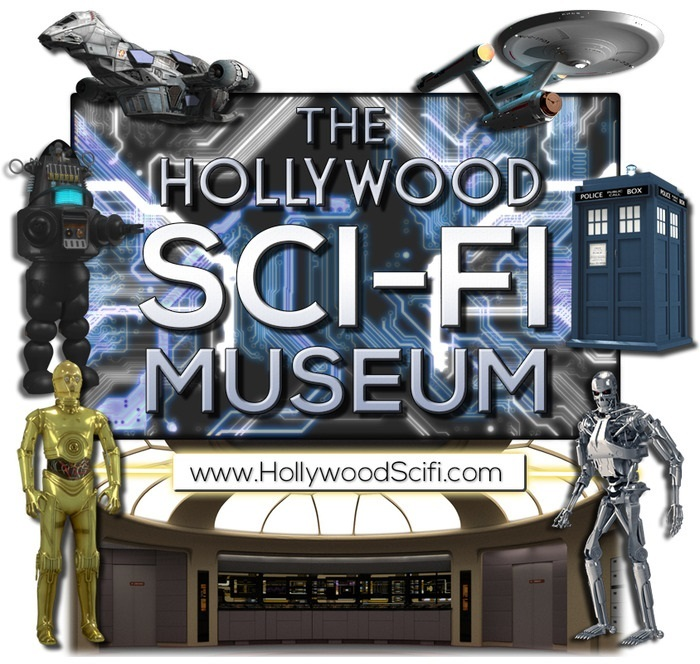 
A lot of reasons. We have a board of directors that is made up of Hollywood and sci-fi geniuses, Ronald D. Moore, Rick Sternbach, Andrew Probert, David Gerrold to name a few, and we learned from them, and from their experiences with Star Trek The Experience in Las Vegas among others. There is no bigger way to fail in this day and age than creating a static museum of memorabilia that has no interactivity. Hollywood has tried numerous times throughout the years and always failed. Our Hollywood Sci Fi Museum is nonprofit and interactive AND educational, teaching real space and science through science fiction. That’s the unique part, and studios love what we’re doing because science fiction is the most successful genre in films.


Now this campaign isn’t for the full sized museum we see in the CG images, but for a smaller test museum is that correct?  What can we expect in this smaller 2015 museum?


Some of the CG images ARE accurate to our 2015 museum, it all depends on the size of the building we get. We’re looking at between 20,000 to 30,000 square feet which is comparable to most museums in Hollywood, including Ripley’s and Hollywood Wax Museum, just not anywhere near as huge as our 2018 proposed museum. Our 2015 will still be big and include our Enterprise-D Bridge, Original Series Bridge, smaller versions of the Hall of Cars, Hall of Robots, Battlestar Galactica room, Star Wars room, Special Effects room, Doctor Who TARDIS and console and Firefly Cockpit. There may be more, but that’s all we can say right now with any certainty. 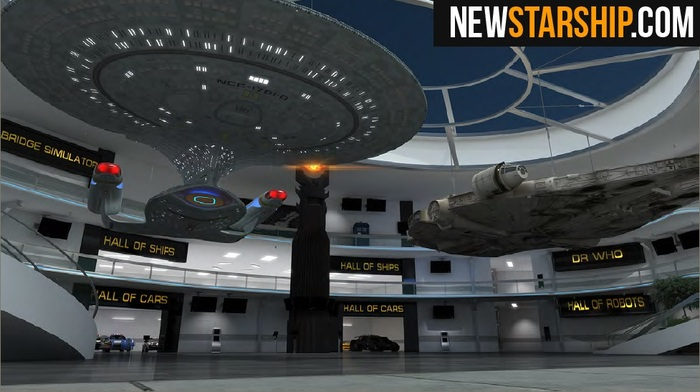 From Grant Imahara and Bobak Ferdowsi talking about the halls of robots to all the donated and loaned props and images you have quite a bit of star power involved with this project.  Did you get all these folks involved all through your good looks and charisma or do you think there is an untapped demand and desire for this kind of project?

They help because this museum is something everyone wants, it’s like Disneyland for nerds. Edward James Olmos has agreed to do our Battlestar Galactica video, and I’m hoping Buzz Aldrin will do our Hall of Spaceships video, among other stars speaking about other rooms. I haven’t met one actor or producer who did not want this to happen or want to help.


Real science and STEM based education is the heart of what we’re doing. Making it fun and drawing people in through worlds they already love has never been done before. That’s not to say it’s for everyone, personally I’m horrible at Math, but if I’d had something like this to go to when I was younger, I might have been great at it! 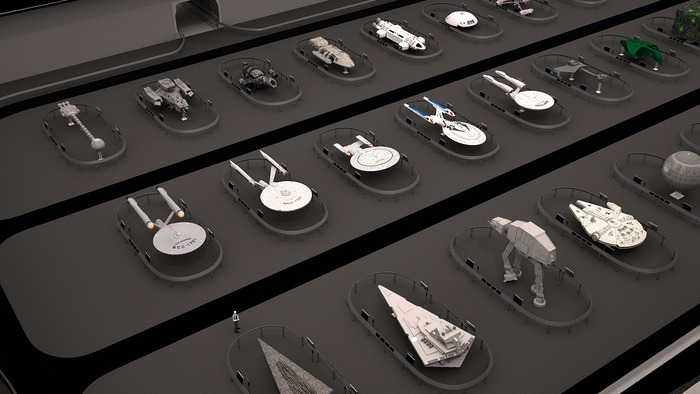 Have you reached out beyond just us NASA guys and into the general Maker community as well not only for Kickstarter backing, but for construction, design, and artistic talent?


Maker no, but NASA Houston invited me there in February, I had a meeting with 7 of the top decision makers, who were all enthralled by our take on education. We’re reaching to a market that is untapped and NASA scientists don’t do what we do, and vice versa, which makes it a perfect marriage. Partnership is a long process, but so far so good. I would love more people to be involved, that’s just not my world of expertise. BUT we will probably be making an announcement in the coming week about someone from NASA joining our board of directors! 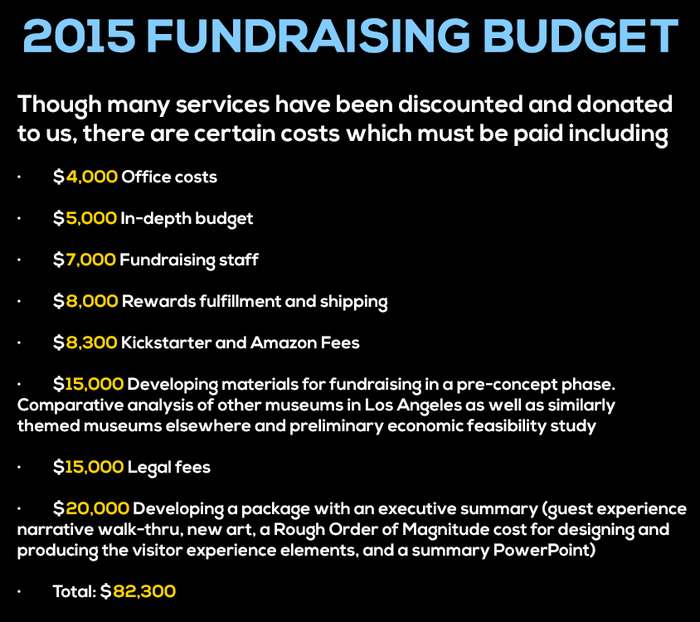 One of the things I look for in Kickstarter projects is a budget breakdown.  These simple business tools help inform potential backers that there is an actual plan for the funding raised during the campaign.   It is good to see your campaign has included a detailed breakdown, how important to you  was sharing this budget breakdown with the community?


It’s the only way to show the legitimacy of a project. We have Rhetroactive helping us, and they made the Grammy Museum and the original Star Trek Experience Vegas, so I definitely trust their numbers. The $82,300 specifically pays for the development materials we need to get the big money to finish the museum and hire full time fundraising experts, it’s unfortunately the only way.

What did you learn from your previous Kickstarter experience that you’ve brought to this campaign?


I learned that fans are passionate, that no two Kickstarters are the same, not to promise things that will take too long to deliver and to be VERY specific in your goals and promises.

With the amount of star power and mainstream press attention you received last time and I’m sure you’ll recieve this time around I have to honestly wonder, why are you talking to small time blogger like me?


Wait, I thought you were a big time blogger… TAXI! Honestly, I don’t see things in that way.

{Laughs} Do you have any tips/advice would you give to anyone looking to start a Kickstarter?


Don’t make the amount too high, involve as many famous people as you can, hire a PR person to get you in the news, get the blog sites and communities involved and get a good staff you can trust.


Only that if you want our Hollywood Sci Fi Museum to happen, tell your friends about us, retweet about us, because every single dollar and retweet helps.