Welcome back to the Conversation!  Today I am joined by Tim Swindle who is here to share his party game Utter Nonsense.  Thank you for joining us today Tim.


Thanks for having me, James, and thanks even more for showing interest in the Utter Nonsense Kickstarter project. We are three days in and Dave and I can’t wait to see this game come to life.


Party games come in all shapes and sizes to fit any kind of group, what kind of party game is Utter Nonsense and who does it appeal to?


Utter Nonsense is the perfect late-night party game, meant for playing with friends, fueled by alcohol and ideal for people with an overall enthusiasm for laughing really, really hard. My co-creator Dave Mazurek and I have seen even the most introverted people get into the game. You can’t help but laugh hearing people say these ridiculous phrases in different voices, like orgasm or pirate. And the phrases speak for themselves, so the players don’t have to think too hard or try too hard to be funny, it happens pretty naturally. 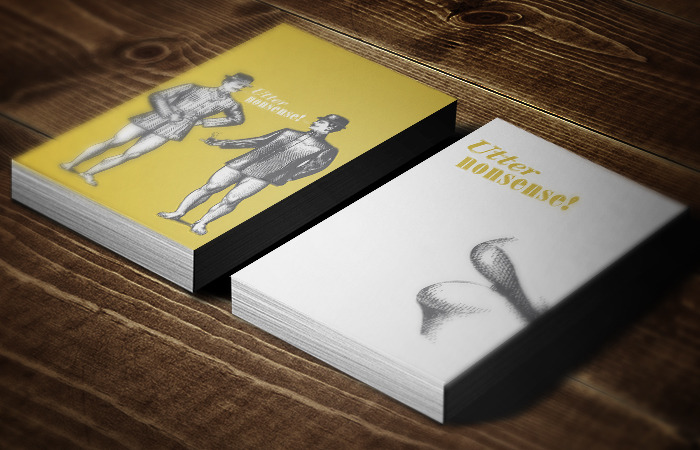 Do you think this is one of those games that just gets better the more drunk the group gets or is there a happy buzzed medium you want to reach for maximum enjoyment?


We’d like our players to still be conscious, but having a little extra lubrication from the sauce can help make the more self conscious players come out of their shells a little faster. But we just played a round of the game completely sober on a radio show, and everyone was dying laughing.

What do you say to people, like myself, who are horrible with accents?  I’m talking turning a Texas accent into a Japanese one mid-sentence bad!

That is exactly what makes this game so amusing. Sure, one player might nail a redneck voice, but if in the same round someone totally bombs an accent, it makes the game even more ridiculous and sometimes the “worst” player ends up winning. We’ve been in tears listening to terrible accents. It’s sort of the beauty of Utter Nonsense - the outcome is almost always funny.

40 different accent cards?  How did you come up with so many and what are some of your favorites?


We used regional dialects to get us started, like New Yorker and Bostonian. Plus we’re Chicago guys, so obviously we needed to include something Ditka-related. But for the other accents, when we went beyond just regional dialects, we looked to well-known characters for inspiration. For example, the orgasm accent was totally inspired by Meg Ryan in When Harry Met Sally. We tried to think of as many stereotypical things we could and actually have way more than 40, so it wasn’t easy to narrow down.

You mention the game will be made in the USA, what made you decide to go with a local manufacturer versus say China?  What are the advantages and disadvantages to using a US manufacturer?


There is something to be said for buying local. We are proud to be from Chicago, proud to be from the Midwest, and want to support our local economy any small way we can. Plus, it helps us to reduce manufacturing lead times, we want to get this game into people’s hands as soon as possible. 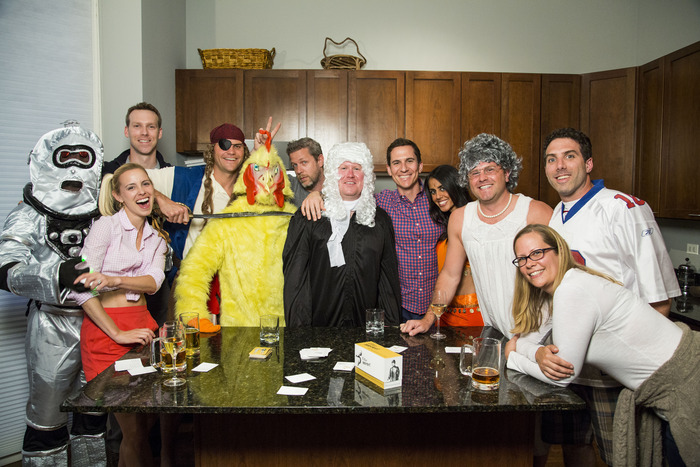 Your campaign mentions economies of scale for why you need the $15,000, does that mean you’re using the Kickstarter funds to pay for a full print run beyond just what is ordered through the campaign?  Will I be seeing Utter Nonsense on store shelves next year?


We are definitely using economies of scale. The $15,000 minimum allows us to pay for 2,000 units which is enough games that we can cover costs at the $25 price point. Our goal is to have the game be delivered by October, just in time for the holidays. As for store shelves, we’ll see about that. Right now, the first step is to print the initial game set and get people talking about Utter Nonsense. But any excess product will be available for sale on our website right away.


One of the big things I look for in every Kickstarter campaign, and one I suggest every backer and creator look for, is the budget breakdown.  These simple business tools help show potential backers that there is an actual plan in place for the funds and let them know that all basic things are accounted for like the Kickstarter and Amazon fees.  Why don’t you have a budget breakdown for the campaign?  Is the tight budget the reason why you’re not offering international shipping options?


That’s a great question. We literally examined every single financial aspect of bringing this project to life, absorbing as much of the upfront costs as we could. We designed the packaging and received hard costs for printing the first 2,000 games, then factored that expense into the $15,000 goal. We also built in all Kickstarter and Amazon fees, factoring in the fulfillment and shipping expenses. We have 40 accent cards and 460 phrases, written and ready to print, so it’s only now a matter of placing that first order.  As for the international shipping, it definitely is an option, we are working on that as we speak, and should have an update to the site as early as today.


I’ve been a huge fan of Kickstarter for years and have donated to a handful of startups. After seeing games like Cards Against Humanity and Monikers come through the circuit, we knew this was the right place for us to get started.


We are engaging backers through regular status updates that will continue until the game is in their hands. As for those who haven’t converted into full backers yet, I guess you will have to wait and see.


So far the attention has been pretty awesome for just three days in. We were featured on Real Teen Mom Talk Radio on Friday night and that was so hilarious - we picked an accent, then Tweeted out the phrase, and listeners would call in say the phrase in that accent. We did redneck, stoner, pirate and then orgasm. We were all crying from laughing so hard. On Facebook, Twitter, Google+ and Instagram, we have been showing off our card pairings with images and just starting conversations. In just a few days we’ve gotten over 1,000 Twitter Followers and almost 700 people on Facebook. We’re just trying to have fun and get people laughing.


Let’s see how we do first. We did a ton of research up front, but it’s totally nerve wracking, probably more so than we could have predicted. And we still have over two weeks to go!


Thank you for taking the time to learn more about our game. I guess that the best piece of advice I can give your readers is to go onto our Kickstarter and download the sample game. It includes a pretty substantial variety of accents and phrases, so you can see how the cards match up. Play a few rounds - we guarantee you will be laughing.