Welcome back to the Conversation!  Today I’m joined by Ben Tristem who wants us all to Learn to Make Video Games Through Unity 3D.  Thank you for joining us today Ben.

Thanks James, I really appreciate the opportunity to share something we’re so excited about!

It seems a bit of congratulations are in order as you have already surpassed your £3,500 goal, well done!  Can you tell us a bit about your project and why you think you’ve hit your goal already?

In fact we’ve just passed our SECOND stretch-goal at £7,500 so we’ll be adding Xbox One deployment to the course. We’re heading towards Oculus Rift at breakneck speed!

In terms of why we’re successful, I think we’ve hit on a highly demanded topic and approached it in a unique way. We will not only be teaching complete beginners to create games, but now including the process of publishing to many other popular platforms like iOS, Android, Xbox One and more to follow if people keep backing us!

What kind of user are you aiming this tutorial series toward?  Will I already need to know my way around a 3D modeling environment or will this start at the newest of the new designer?  How bored will more advanced students be?

Our core focus is to teach people to make games. We’ll teach as much coding,
importing 3D assets, physics and other required skills necessary to achieve that aim.

The idea is that if you can read, and you’re motivated, you can complete this course. You will need to be highly computer literate, and have a positive attitude towards learning and pushing yourself. We’ll take you from there to being a confident indie game developer.

For more advanced students we have a lot of value for you. We will be including the principles of fun, and game design (ludology). We will be touching on topics such as shaders, good code design, extending the editor (custom inspectors, editor windows, etc), and more. 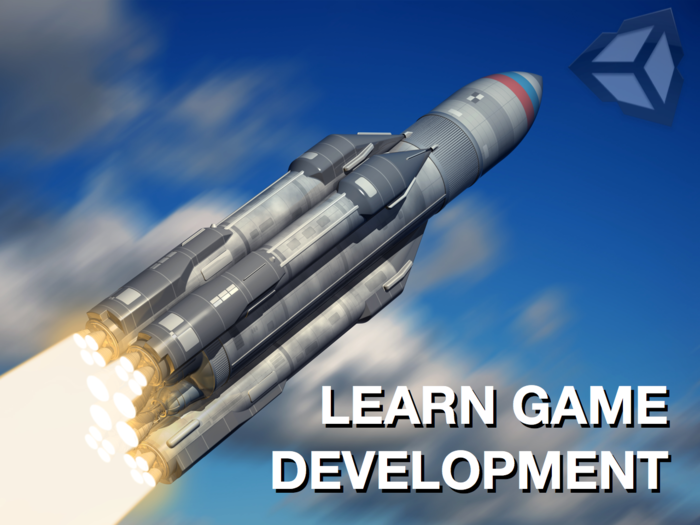 Will the entire tutorial be completable with only the free version of Unity 3D or will we have to buy some sort of licences or add-ons?  Will it all be done with Unity or will we need other programs like Blender or GIMP?

You will only need the free version of Unity to complete the course. We MAY add a stretch-goal that includes Unity Pro as a bolt-on to the course, or we may make a separate course for that in the future… to be decided.

We have specifically designed the course so that you incur no additional costs. All you need is a machine capable of running Unity, and a web connection. You may, of course, choose to purchase art or sound assets to make your own games even more awesome.

Ben will be using a Mac to create the course, and he will use a free 2D and 3D editor to create some basic “placeholder” assets. We will provide you with suggested alternatives for PC too, but we will not be going into detail about how to use these programs on Mac or PC. The focus is on creating games, again consider buying art assets or getting some help if that’s not your strength.

What drove you to create this program?

Some time ago we wanted to get into game design, and were frustrated with the resources we could find. They either unsuitable for beginners, advanced but just plain boring to listen to, or didn’t cover deployment to platforms like iOS, Android, XBox, etc.

When I complete your course will I be able to immediately sell the tank game to everyone?  What are the commercial limitations of this training?

Any assets we create for the course will be Creative Commons for you to do with as you like. Now we’re hitting stretch-goals, we’ll be releasing some of the games as part of the course so we’ll be first-to-market with these. Anything you create from this (however similar) you are welcome to release.

Bear in mind most of the games we build for the course are created as learning tools, and will be well built and full of useful learning, but small in scope. For example they may only have a few levels, where a full commercial game would have a lot more.


How valuable beyond game development do you think programing and game design knowledge is to our young?  Do you agree with those who think programming should be part of our general education?

It’s FUNDAMENTAL, the modern world runs on code! Yes I think code literacy is hugely important, and the great thing about game development is kids tend to be highly motivated to learn.

One of the key things I tell people to look for in a Kickstarter campaign is the budget breakdown.  These basic business tools are a great way to show backers that there is a plan in place for the funds.  You’re asking for $3,500 yet you say in your risks section that, “We will not be spending your money up front...” does that mean you don’t really need the money now but are using Kickstarter to register interest?  Some of your stretch goals mention needing to spend money like on Oculus dev Kit 2’s how would that affect your budget?

Brice and I are throwing ourselves at this project full-time until it’s done. Most of the budget is to ensure we can afford to live during the production! Beyond that there are some significant costs for things like the Rift, and other dev kits. There are also other costs involved in publishing games.

We really do need the money, and perhaps more importantly the feedback has been invaluable and will ensure the course aligns with what our students want. All this interest is giving us so much more energy to put into the project!

We’ve both been backers of previous projects, and a friend of ours used it recently to launch an online course in iOS development with Swift.

We check comments and messages a couple of times a day. We’re releasing information such as a Trello board of the games we will include, and getting their vote for the games they want in the course. We try and release a project update every 3 days or so, in fact we’ve had to recently because we’re hitting stretch-goals that often!

You’ve given us an idea, we’ll use more video in the future updates too… thanks!

Yes we use Kicktraq, it paints a pretty rosy picture :-) We’ve very active on Facebook, fairly so on Twitter, less so on G+ and not done much in the way of YouTube or advertising yet.

The local press here in Cambridge, UK have been incredible at helping us, we have a radio interview coming up next month. If it keeps growing like this the national press may even become interested… fingers crossed!

Kickstarter is a WONDERFUL way to test your business idea, get hugely important early feedback, and get some money to get things rolling. I wish I had found out about it earlier. Start now, start imperfect. The fear won’t go away but the opportunity will.