Welcome back to the Conversation!  We’ve completed the move to the other side of the planet and now I get to take you even further then I went with the Extrasolar team.  Joining me today are the team from Lazy 8 Studios to talk about this interesting exploration experience, thanks for joining us today!

Glad to join the conversation! I’m Dr. Rob Jagnow, the founder of Lazy 8 Studios in San Francisco. I wear quite a few hats for Extrasolar. I’m the producer, the main programmer for our rendering software, and also the actor who plays in-game character Robert Turing.

Extrasolar is a bit hard to classify, even though you guys are calling it a “game” having actually “played” it I’m not sure that’s entirely correct.  I think of it more of an experience, can you explain it as best you can?

For a long time, we avoided using the word “game” because it’s so different from any other game out there that the word comes loaded with the wrong expectations. We prefer “interactive story,” but that’s such a broad term that we’ve gone back to describing Extrasolar as a game.

The story of Extrasolar plays out entirely through a Web browser -- through written messages, videos from live actors, Websites, terminal systems, and beautiful photos from the surface of an alien planet -- no two of which will ever be the same.

The premise is that a private space exploration company, XRI, has launched a mission to an alien planet with life. They’re looking for volunteers to help drive the rovers that they’ve put down on the planet’s surface. You can apply to the program, and if you get in, you use a Web interface to tell your rover where to go, what time of day you want your photo, and what direction you want your photo. Hours later, when you arrive, you get back a gorgeous cloud-rendered image from that location on the planet. On average, it takes our players 27 days to play through season 1. During that time, you’ll find yourself wrapped up in a conspiracy, searching for answers both on Earth and on the planet Epsilon Prime. 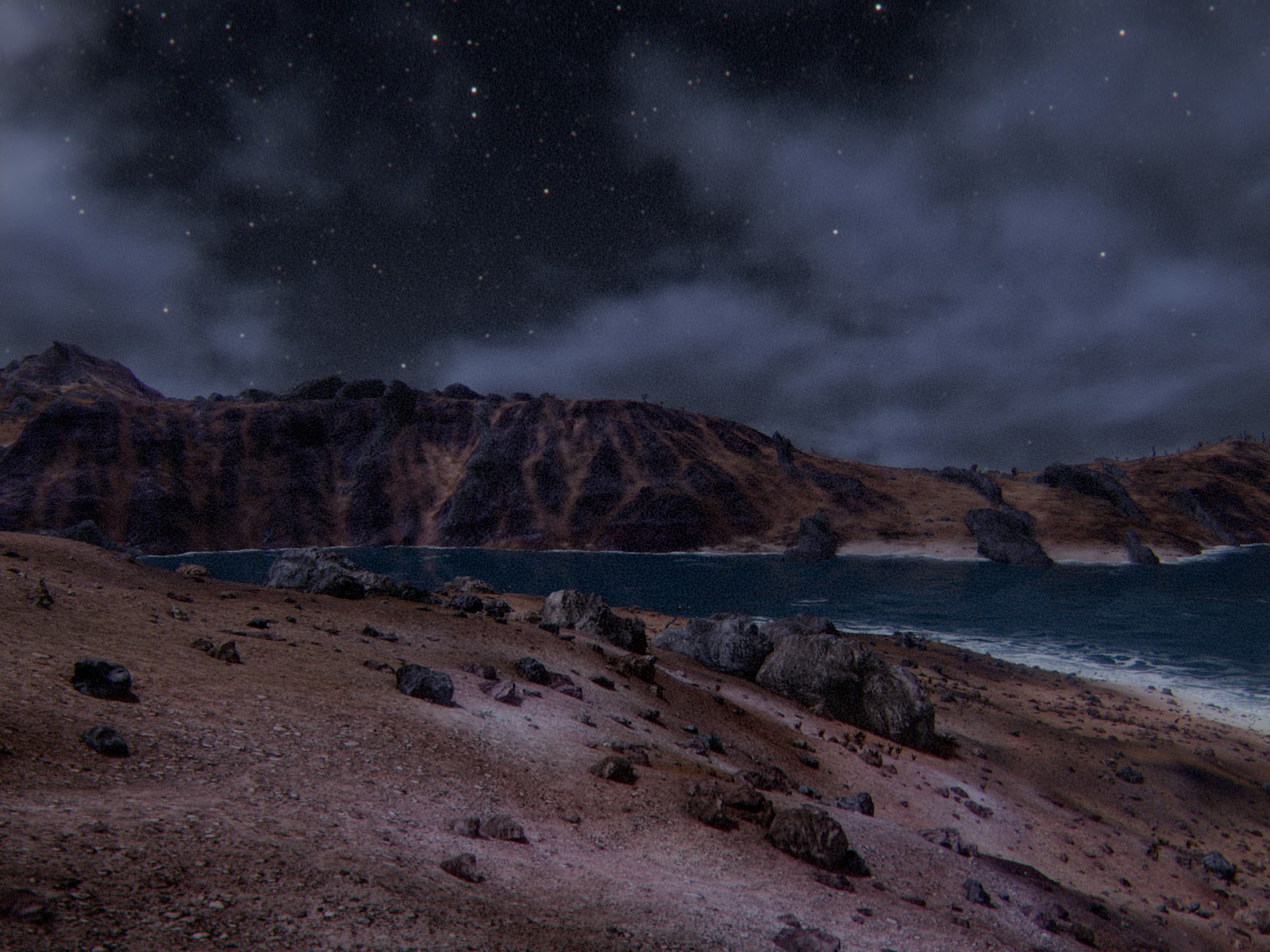 Now I discovered Extrasolar way back June when you showed up on Gamasutra and promptly shared it with my fellow NASA coworkers.  What do you think of people who actually talk to spacecraft and rovers playing your game and enjoying it?  (Note:  All pictures in this interview are from my own personal playthrough)

It’s been totally amazing having fans at NASA and SETI. We’ve tried to keep the science as accurate as possible, and so far, we haven’t had any major complaints from our players about scientific fidelity.

To allow the story to happen, there are two major places where we broke the rules of physics -- first, we have faster-than-light communications so that it doesn’t take 20 years to send a round-trip signal to our planet, which orbits the real star Epsilon Eridani. Second, we claim we used a near-light-speed propulsion system to reach our planet in just over a decade.

Beyond that, we aim to keep the science as real as possible and even hired a biologist to give realistic commentary as a character within the story.


Now I could go into the communications issues we have with your game since we’re all satellite communication specialists, but I’d much rather know how you’ve been using the game to educate and inspire future explorers.  How are you explaining your game to the uninitiated?  Are you finding that once people try the game they “get it” and play it to completion?

Getting new players to try the game has been really hard. It’s almost impossible to explain the experience in a tweet-length description. You just have to try it for yourself.

Once players get started, our retention rates are through the roof. More than one quarter of the players who create an account finish the game. We’re also fortunate that, even though you can play the entire first season for free with no penalty, 15% of our players voluntarily choose to upgrade their accounts.

These are the sorts of stats that any free-to-play game would kill to have. But unfortunately, it’s still been tough attracting new players, which is why we’ve turned to a Kickstarter campaign to help raise the funds needed for season 2.

As you pointed out, the real science behind Extrasolar gives it clear educational potential. Prompted by teachers, we’ve created an educational version of the game on the Edmodo platform, you can learn more about it at ExtrasolarEDU.org. 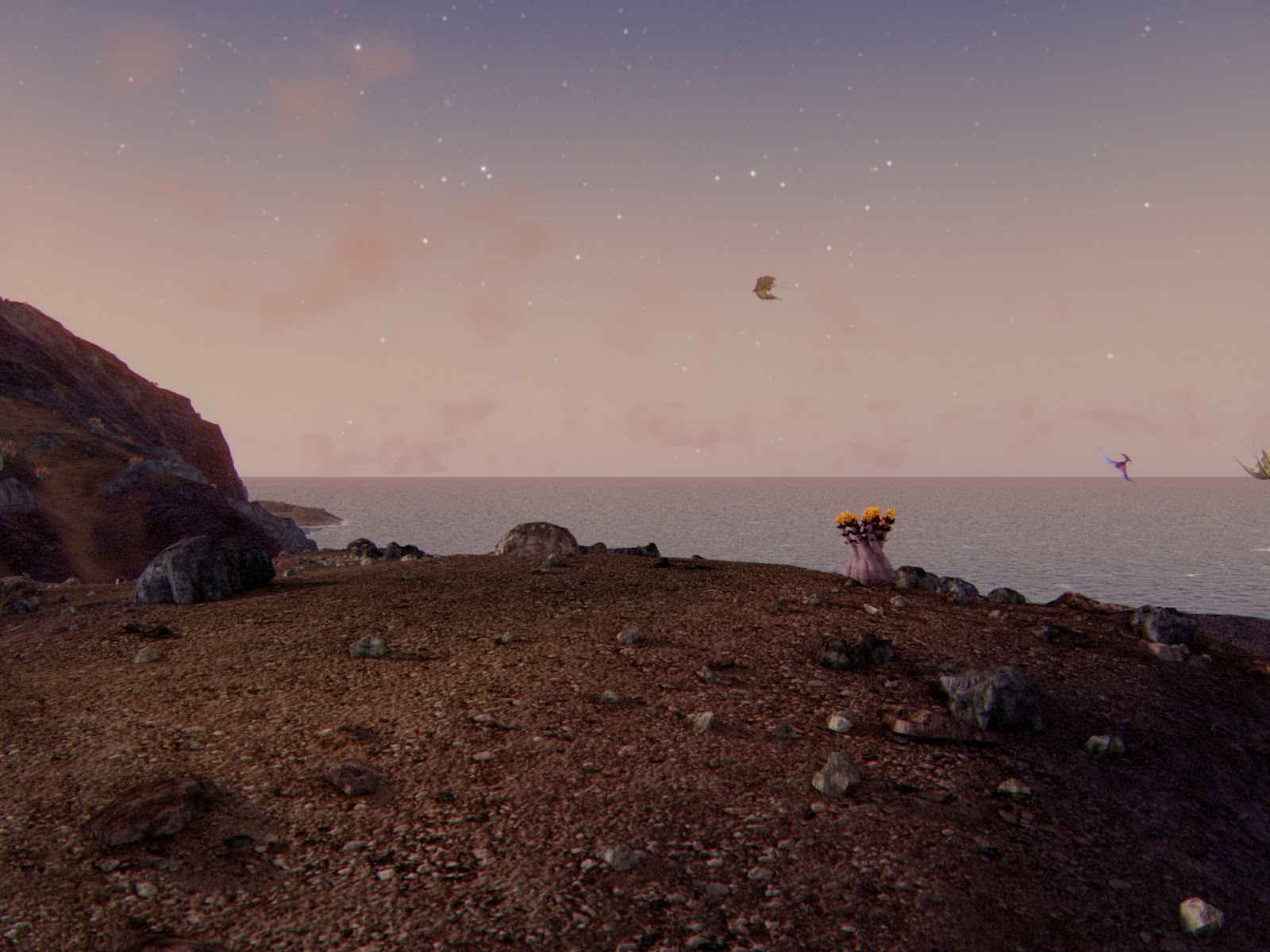 How important was it to have a fully working version of the game up and running for a few months before you came to Kickstarter?  Do you think having some sort of working demo is important for gaming Kickstarters from lesser known studios?

Since we have a huge demo, it helps demonstrate that we clearly have the ability to follow through on the project. Thankfully a lot of folks already know us for our previous hit indie game, Cogs, but Extrasolar’s scope is much bigger.

As you’ve seen in the pitch video, the first thing we ask players to do is go play season 1. We’re pretty confident that if we can just get people to take that first step, they’ll understand why we’ve been nominated for so many awards.

What can you tell us about chapter two without spoiling things for those who haven’t played the first chapter?  How much content are we looking at?


The amount of content for season 2 will be about the same as for season 1, but spread out over a larger, more densely populated area. You’ll be operating on a volcanic island with entirely new sets of plant and animal species -- plus some mysteries that I can’t really talk about without spoiling the experience.

Season 1 focuses largely on the story taking place on Earth and only at the end do hints start to emerge about what’s taking place on Epsilon Prime. In season 2, the story on Earth will continue, but the mysteries of the planet will really take center stage. 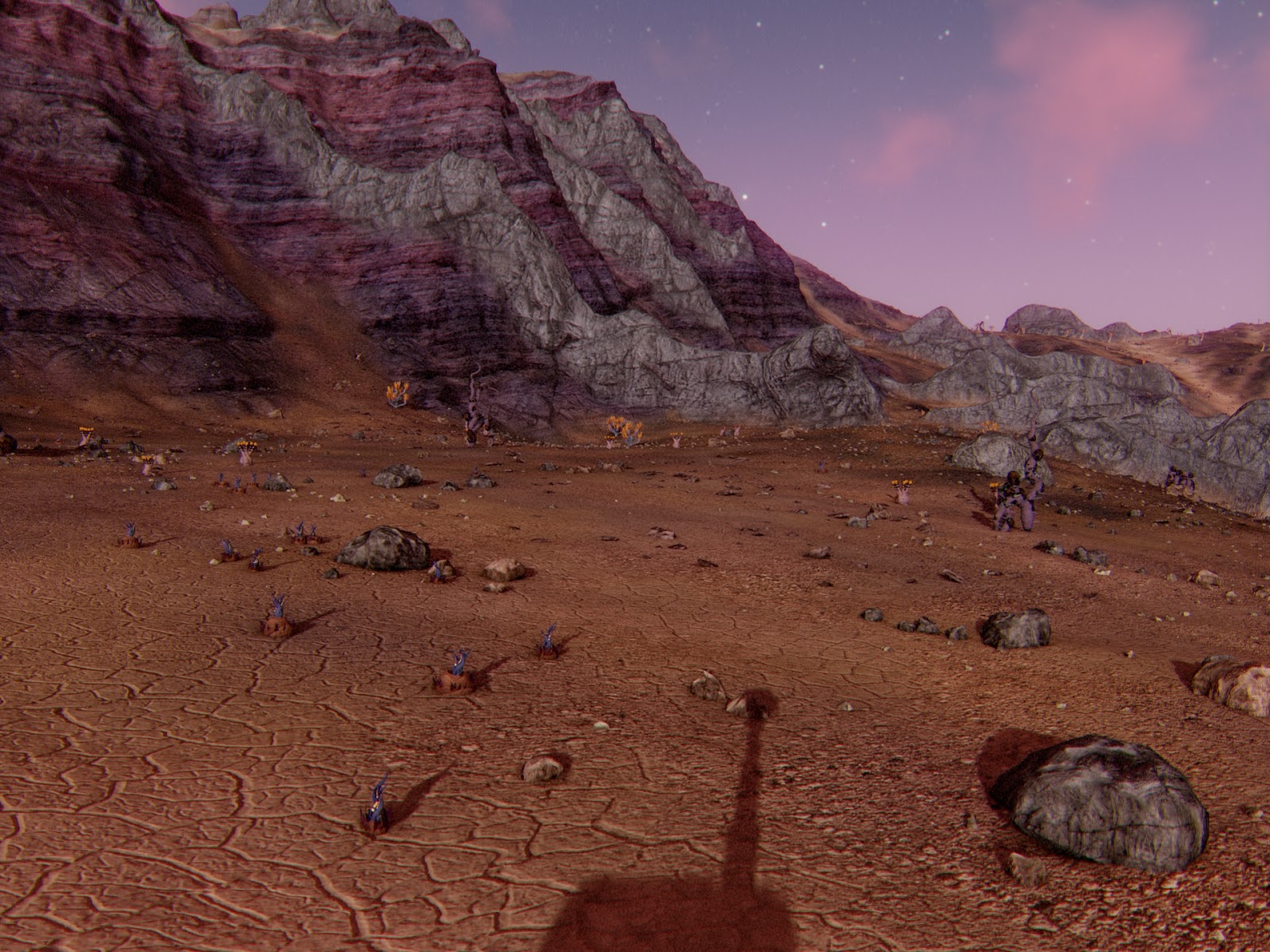 You’ve offered a support option through your website for some time now, how does this Kickstarter effect those who have already supported the project?   Are there any backer levels you’d suggest for early supporters who’ve already completed season one and backed for all three seasons?

We never want anyone to regret a purchase, so if you’ve already purchased at our highest XRI Pioneer tier on the website, not only will you get season 2, but you’ll get every bit of content we ever release in the future. If you love Extrasolar and you’ve already paid for it, please consider some of our higher tiers, like early access to season 2 while it’s still in development -- or, since all our our tiers are giftable, get a pass for a friend.

Did you guys play Majestic back in the day because Extrasolar definitely seems like it is ringing many of those same bells?

We didn’t know about Majestic when we created the concept for Extrasolar, but we researched it quite a bit during production. The way we see it, there are two games that preceded us that have tried to create a similar experience -- EA’s Majestic and Mind Candy’s Perplex City. Sadly, both were financial failures. And to be honest, if we can’t make our Kickstarter goal, we may end up right alongside them as spectacularly fun, innovative games that just couldn’t find the audience they need to survive. 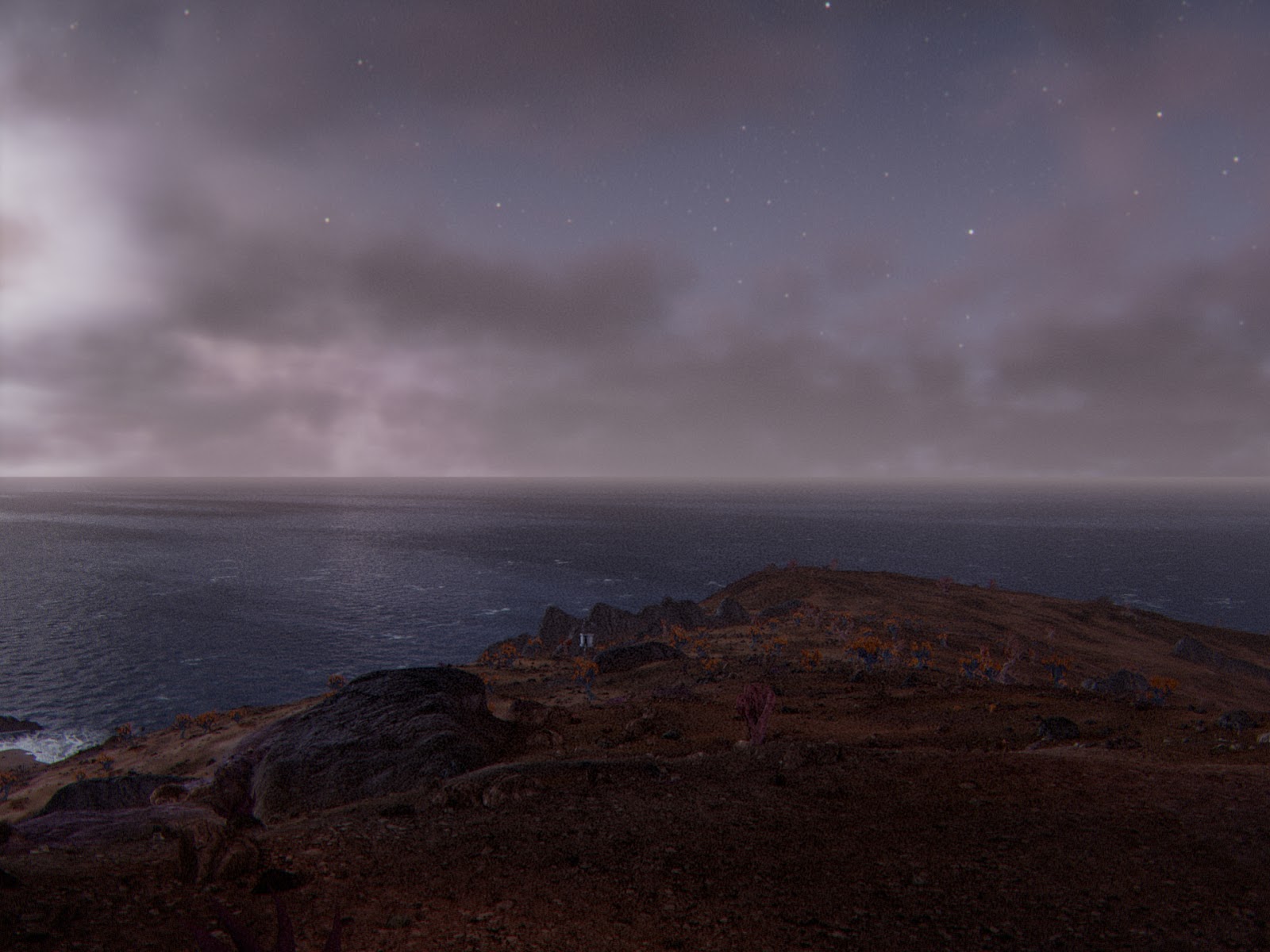 One of the things I suggest every backer look at in a Kickstarter project is the budget breakdown.  These basic business tools let people get a look at how the creators are approaching the project and to see if they’ve got a plan for the money.   Why don’t you have a budget listed on your campaign page? How is the $85,000 going to be used?

We shied away from posting our detailed budget because we assumed that season 1 gives more than enough proof that we have the ability to follow through. Almost all of that money will go directly to the creators -- writers, programmers, artists, creature modelers, sound designers. The professionally produced videos for season 1 cost $30,000 alone -- and that’s a discounted rate. If we can exceed our goal by even a little bit, we’ll bring the same production studio on board so that we can have a similar quality level for the season 2 videos.

As someone in the indie game scene, I’ve been following Kickstarter projects since the early days and backed projects on Kickstarter and Indiegogo since 2012. 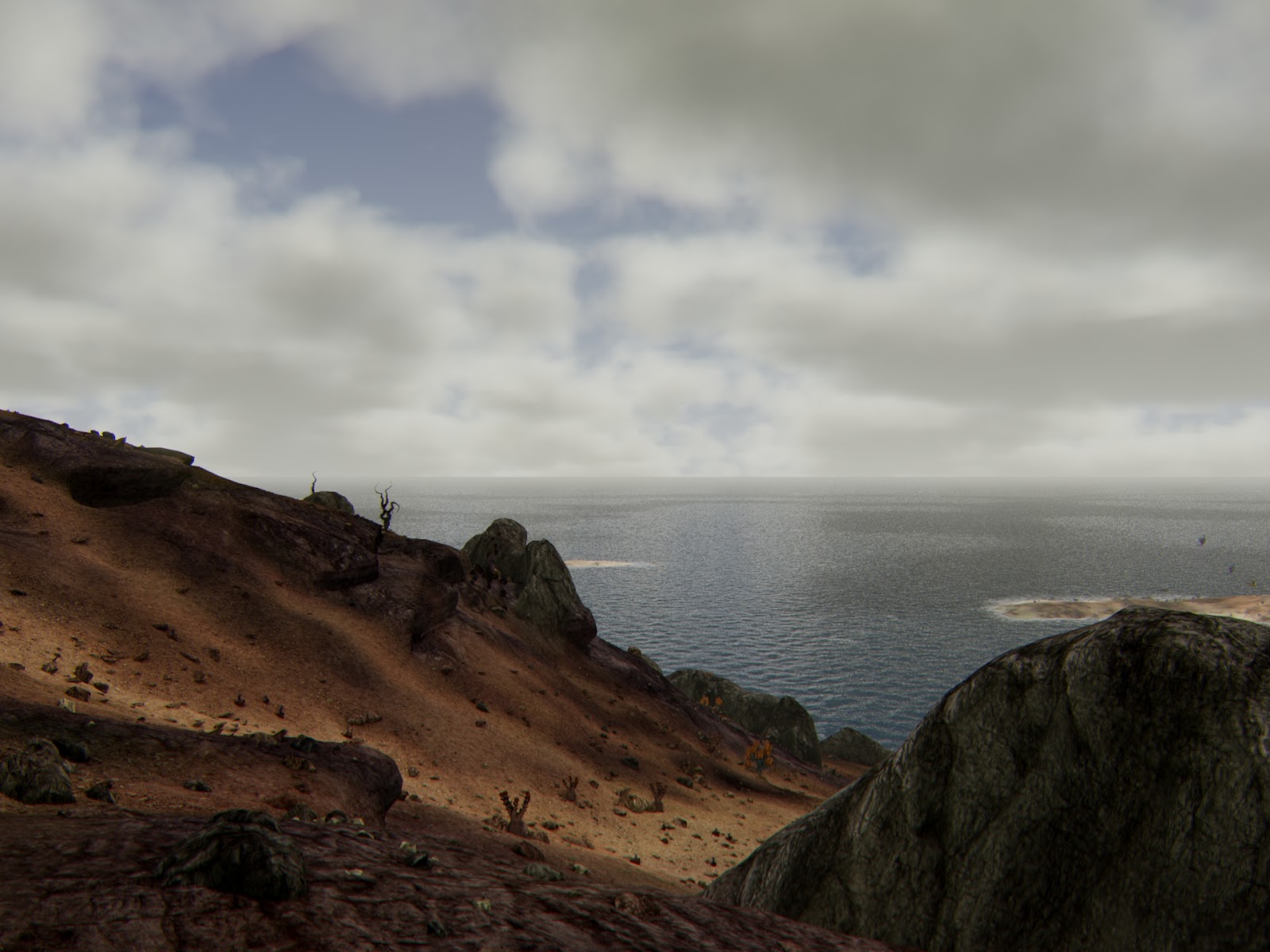 For those who have already watched the video to the very end, you know that we’ve hidden a fun little extra puzzle in our campaign. There’s at least 1 more puzzle planned to launch mid-campaign. In addition, we have some update posts already written. They’ll cover some serious topics -- not just fluff or a rehash of our progress so far.

So far, we’ve had great coverage at several media outlets, including CNET, Destructoid and GameFront. Hopefully that translates into more backers. We’re of course using Facebook, Twitter, and Google+ to get the word out.

A warning to those who are just about to launch your first Kickstarter campaign -- you’ll be immediately inundated with offers from services that promise you more backers. If you know any of these services that are actually worthwhile, I’m all ears. 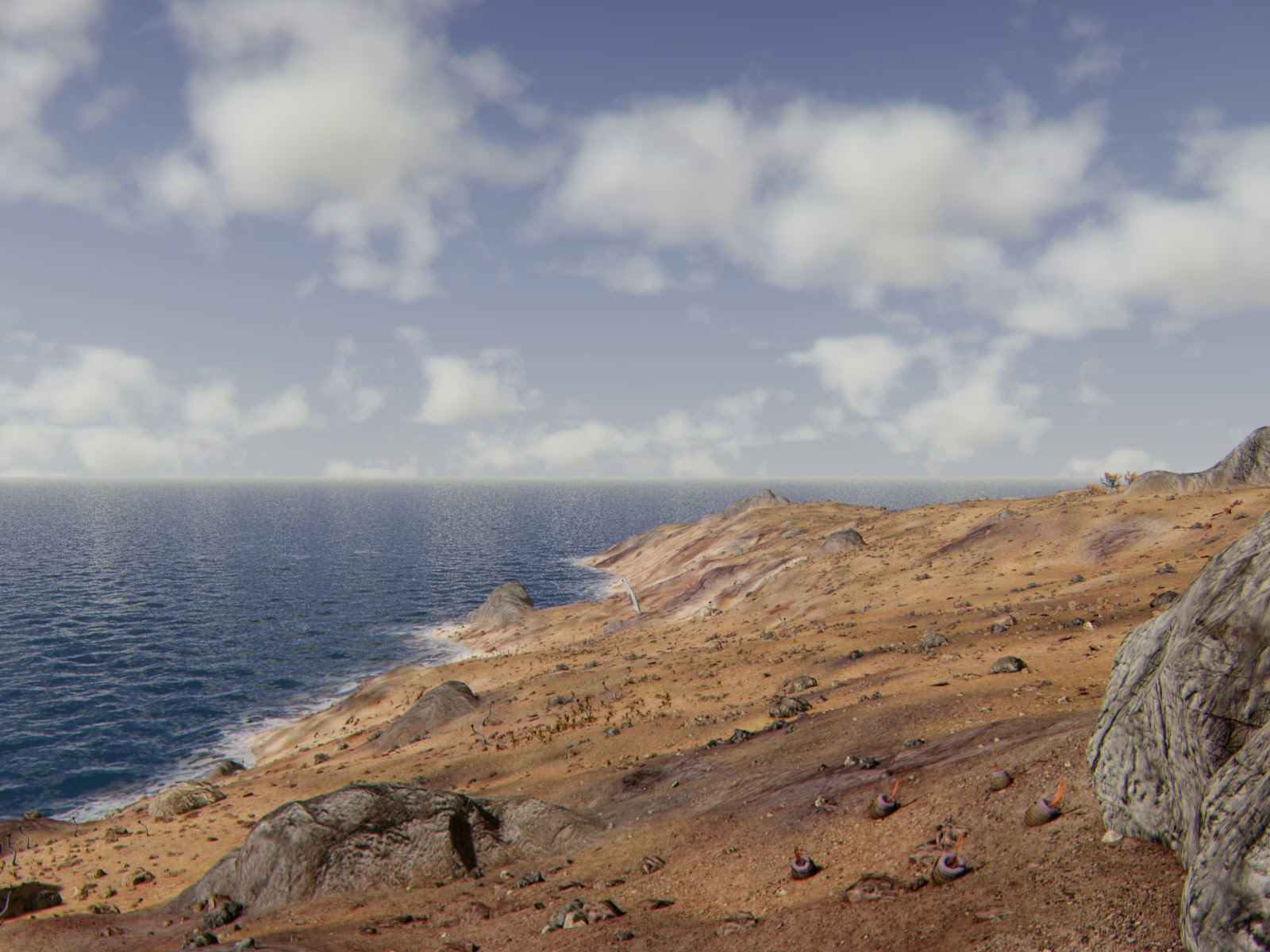 Everyone warned me: Running a successful Kickstarter campaign is a full-time job and an emotionally draining experience. Even though I’ve heard it, I wasn’t quite prepared for just how tough it would be. We’re only 2 days into our campaign, and I’m already worried about our progress. I suspect there will be a lot more sleepless nights this month.

To be clear, this doesn’t mean that doing a Kickstarter is a bad idea. Even if we fail, I’ll have no regrets.

I want to encourage your readers to think about the Extrasolar Kickstarter campaign as more than just a way to raise money. For me, as a developer who’s spent a small personal fortune developing a risky, innovative game, this campaign is my way of reaching out and asking, “If I craft a genuinely new experience, is there an audience to help support my team financially?”

The fans who have already come on board have been phenomenally supportive. I just hope we can continue to grow our audience.

Thanks for having me!
Posted by Unknown at 8:00 AM