Greetings friends and welcome back to The Conversation.  Today I’m performing a bit of a preemptive strike on a Kickstarter by talking to my friend and coworker Ben Jones about his work on the upcoming Valiance Online.  Thank you for joining us today Ben.


Glad to be here James, it’s an exciting time for me personally and the team as a whole.


Lets start off with how a NASA satellite controller can end up working on a videogame like Valiance Online while still working for NASA?  That seems like an odd combination of jobs.


Well video games are very technical from the guts out, most things that people see are the artistic side but there is a huge amount of technical expertise that goes into game creation. Being a comic book artist at heart I was able to merge the technical and artistic sides fairly seamlessly.


How I came into it was just a bit of luck. I was originally hired on as a freelance concept artist and moved up the chain as de facto Art Director.  Little luck and a little talent can go a long way it seems.


Can you tell us a bit about Valiance Online and why should folks be excited to see it?


Because we say so, isn’t that enough?


People should be excited because this is a game built for the people and by the people. While as a successor game from the now defunct City of Heroes, we are building on what they did right and innovating what they did wrong. Creating a game within this genre hasn’t been done often and even fewer times done well so its a great opportunity for Superheroes and Villains to create a home for themselves. Like many people we have sat back and said we should create something better than what’s out there, but unlike most people we are actually doing it and doing it well if i must say so myself. 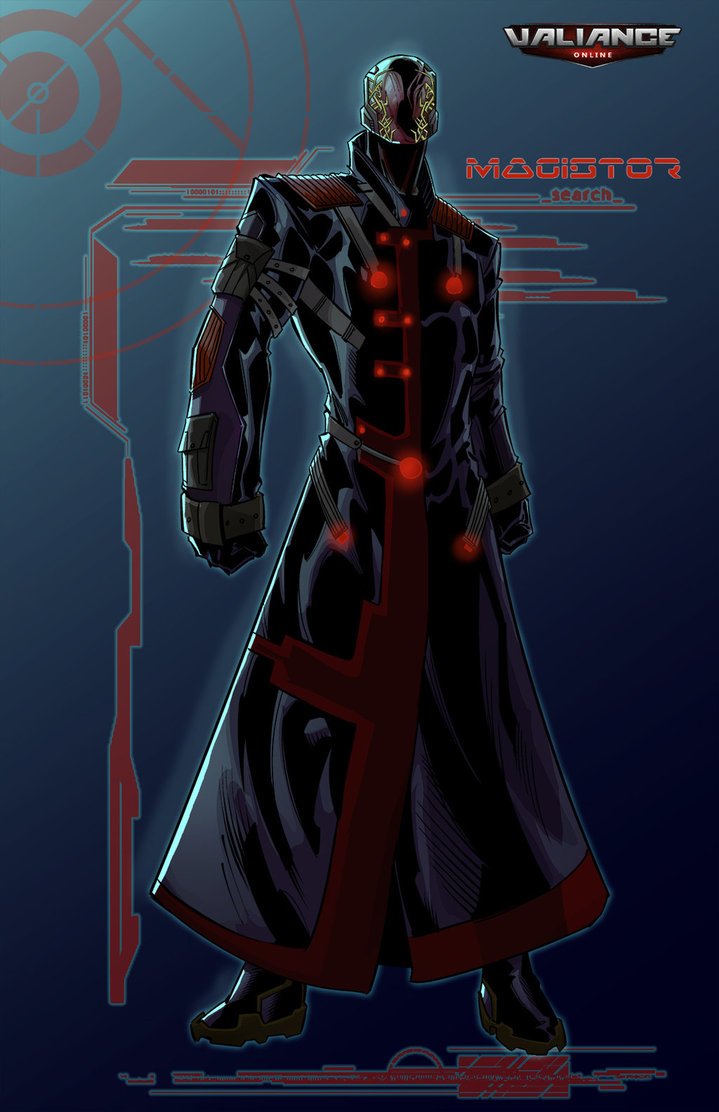 What got you into drawing comics in the first place?  How is your 2D art effecting the 3D game world?


Well I’ve always been into comics from a very early age, something I would have to blame my father for, but in highschool something sparked in my mind to attempt to draw comic book characters. Once I started getting the hang of it, it became the most addictive drug on the planet. I went from jock to artist almost overnight and its stuck with me till this day.


Well the 2d side is the foundation of most 3d art when working in a pipeline of different artist all with different backgrounds and expertise.  Im affecting the entire game with my designs and general art direction for the world of Valiance Online and It can be a bit scary to be thrust into this position with so many people relying on your creativity and talent level to deliver something special. What everyone will see in the game visually will have my fingerprints all over it, the good and the bad.


It sounds like you’re wearing several hats at Valiance Online, how many different jobs are you performing or have you finally narrowed your work deffinition down?


With such a small group of people its a requirement to wear as many hats as possible but I started off as a concept artist, then lead concept artist, then design director and now art director. But, I still have input on the writing, and design stuff for the game like many of us do. Being the only 2d artist my hat on that side of the house is mine alone, my only little kingdom of insanity and rainbows. As the Art director I have my hands in most of the creative asset creation, animations, buildings, characters, costume parts, character creator, GUI, and whatever else they can throw at me. I'm a versatile thinker and attempt to approach things logically for the most part so I can be in the mix even on the things I don’t know particularly well but know enough of the language to conversate with the different sides of the house. 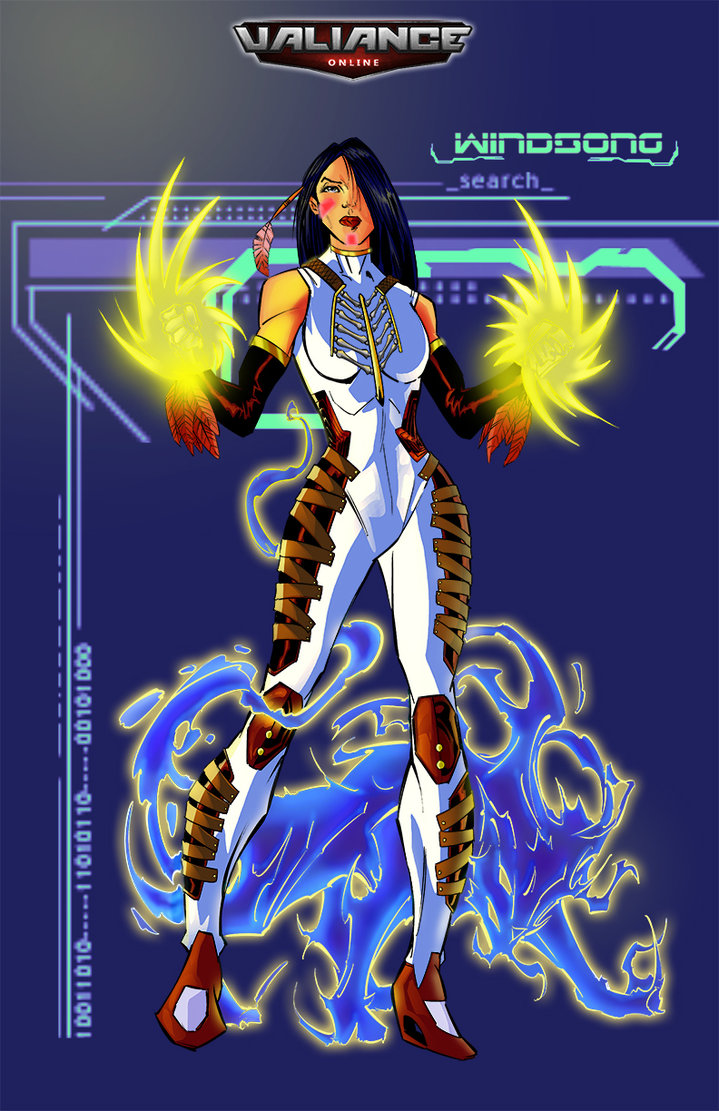 How important is it to you that Valiance feels like a comic book?  That visually it says “comic book” more than just “cel shaded video game?”


Huge, huge and huge. Did I say Huge? I think we as a team should really pay attention to the source material because in the end players will be creating superheroes and villains for their own enjoyment. Our visuals won’t be overly comic though since we are splashing a lot of Scifi and cyberpunk things into the mix but at its core its going to be comic characters. Its a subject matter that I know and love very well so even if I tried not to have it as comic book characters I don't think I could.


What would you tell young artists looking into becoming professionals?  Do they need to specialize?  Generalize?  What’s the best way to get noticed?


Learn as much as you can to really be successful as an artist in the professional market versatility will lend itself to your gainful employment. I got lucky in finding a place where my style lends itself perfectly. I don’t think I would do as well at Blizzard or some other company that is doing something completely differently.


Getting noticed is the easy part these days with the internet. Places like Deviantart, shadowness and drawcrowd are just a small segment of places to show your stuff. I know we recently just hired a 3d guy from the stuff he had on Deviantart so the chances are out there. 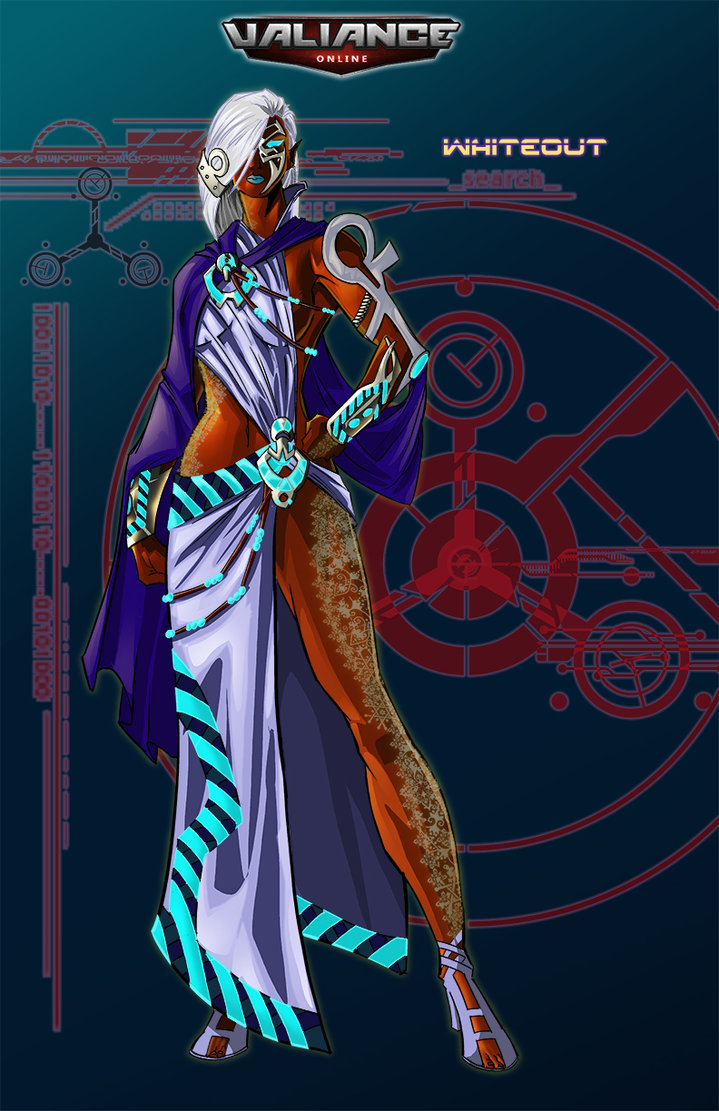 Where can folks go to learn more about Valiance Online and be ready for the upcoming Kickstarter?


We do most of our releases on Facebook but we also have our website ValianceOnline.com, and our Youtube channel that will be seeing a load of activity over the next few months as our pre alpha release is up and running.
Posted by Unknown at 8:00 AM