The Son of Nor

Welcome back to another Kickstarter Conversation!  Today I am joined by Ricardo Valenzuela from Still Alive Studios to talk about their first Kickstarter Son of Nor.  Thank you for joining us today Ricardo!


Thanks for having me James, I’m pretty excited to be here to talk about Son of Nor :)

With a name like “Son of Nor” the game sounds like a role playing, yet the video shows something different.  Would you care to describe the game?

Do you think so? I find it quite similar to the name God of War, both are three letter words connected with “of.”

Back to topic, our game is a third person action-adventure game where you will be able to use the powers of telekinesis, terraforming and the elements of fire, wind and essence to defeat your foes and solve puzzles, the game can be played single-player or with up to three friends in co op mode, online or split-screen. 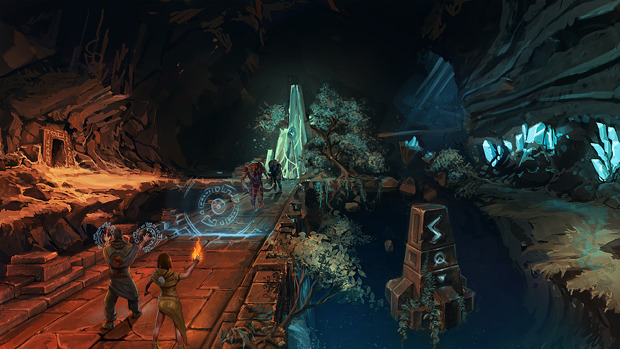 The gameplay reminds me of the old Playstation 2 game Psi-Ops: The Mindgate Conspiracy, was that game an influence at all?  What were some of the influences behind Son of Nor?

This is quite funny and very movie-like, but the game was born in one of Julian’s dream, if you take a look at the initial videos we have posted on youtube ( http://goo.gl/umGsi ) you will notice that the game was quite different back then (and quite ugly too). With time the game started to take shape and many things that even tho sounded cool, like stealing spells, didn’t work quite well and had to change. Since we are a big team with different backgrounds and tastes there are many influences behind it. In my case I love third person action-adventure and puzzle games, so we could say that games like Professor Layton, Zack & Wiki, Lara Croft and the Guardian of Light, Resident Evil 4 and many others are big influence for me.

Could you tell us a bit about the story?  How did humans end up on the brink of extinction and how will the players save the day?

The story is quite big, there is a huge backstory and quite a lot of lore in this game, of course, the player won’t be able to see it all by just playing the story of the game, since that is just quite a small event in the whole Lore. But we will add as much as we can to it by including collectibles and of course by what NPC say. To shed some light on your questions, basically the humans are on the brink of extinction because they lost The Great War against the Sarahul. This war started because of tensions created thanks to past events that mainly revolve around the fact that Sarahul were the first of both races to develop magic which gave them superiority and led them to enslave the human race. Once the human race started developing magic too, they rose and freed themselves from the shackles of slavery, making them able to regain strength as a civilization which filled the Sarahul with fear of retaliation. 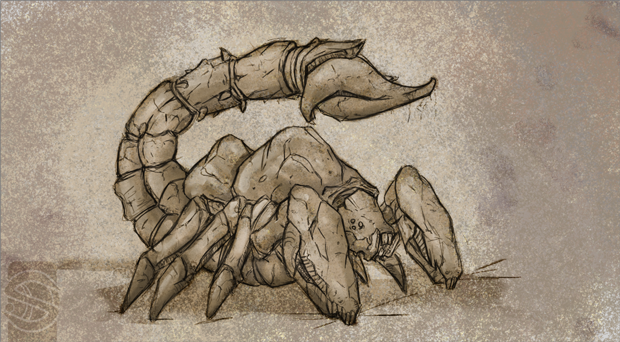 Is the game a linear story or is it more of an open world or hub game?

Son of Nor will be a story-driven game with open non-linear levels that are very diverse one from another. From craters and canyon passages filled with sand to huge stalagmite structures interconnected by roots hanging over the beaches in the coast. Also lets not forget about these mysterious temples (what can they be?)

Is the multiplayer going to be co-op only?  The game mechanics sound like they could be a blast in a competitive setting.

Let me tell you, the PvP of this game is a blast, you can’t imagine the fun we have testing stages and mechanics by using it against each other. But balancing these powers for PvP is quite some work, this is why we have put this feature as a stretch-goal, we really hope we get that far!

Speaking of multiplayer, splitscreen?  Really?  Splitscreen is something rarely seen in console games anymore it seems, let alone in the PC Market.  What made you guys want to put that in there?  Do a bunch of you have PC’s hooked up to your TVs?

Some of us have big screens or multi-screen setups, some of us have the pc hooked to the Tv and others have a projector. We really miss that feeling of playing with friends in the same room that we think some console games have lost, be able to shout and laugh to and with each other is quite a good feeling. I remember when we all met in Austria, we had a blast playing co op games in a single pc. It is something we like a lot and we have made optional to others that like it too.

Is this going to be best played with Keyboard and Mouse or Gamepad?

It is really up to you, since you are able to hook up your gamepad and map the buttons however you like. I for example suck at aiming with joysticks, but our lead artists finds it much easier so he plays with his Xbox controller.

Your project mentions only about 1/3 of your funding is being raised by this Kickstarter.  Where is the rest coming from?  Does that mean you’re in active development right now without having to wait for Kickstarter?

We have been developing the game for almost a year now, we are currently developing it too. All of this thanks to the prizes we have won from the Austrian government and from our own private savings, but we have reached a stage where we can’t go on without help and support. Succeeding in Kickstarter will let us finish the game since we will be able to work on it full-time now. If we fail, it is very possible that this game never comes to see the light.
You guys are based in Austria correct?  What’s the gaming development community like over there?

Our founder Julian is in Austria yes, and of course there are other members spread through Austria too. But our team is a distributed team that is also present in Switzerland, United States, Finland, Italy and Ecuador (from where I’m from). Since I don’t live in Austria I can’t really answer that question, but if you wonder, there’s absolutely no game industry in Ecuador. 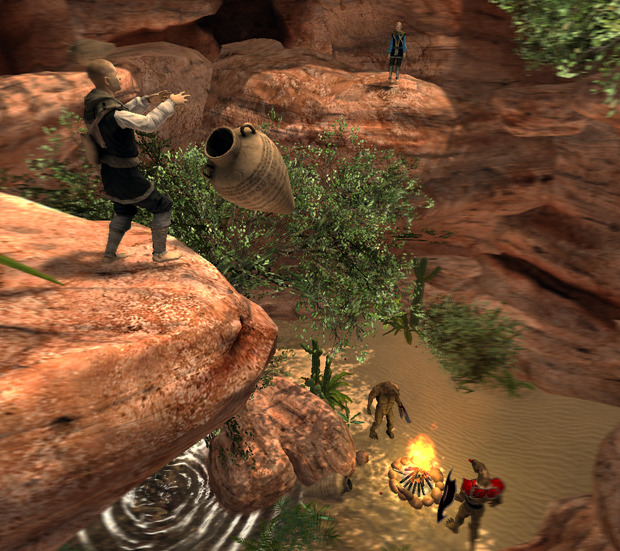 We discovered it because it became quite famous and it seemed like a platform where we can have a chance to make Son of Nor real.

I hope not, Crowdfunding is quite hard and if you want to be successful it requires quite a lot of investment (which is very counter-productive). Also I think big companies could start using kickstarter as another barrier before getting behind a new indie developer or IP. for example: they could start using KS to see how much acceptance a game has before they even give it chance, and this is quite bad since many games fail not because they are not great ideas, but instead because people weren’t aware of the ongoing campaign. 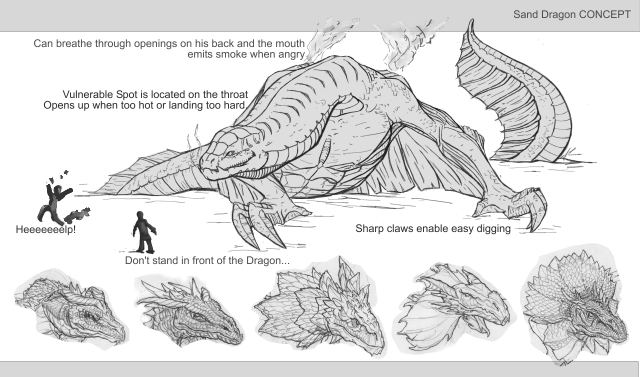 We are always inviting backers to chat with us and get involved since we really listen to feedback; they can do this via KS comments, twitter, facebook, twitch, etc. Also, we are trying to deliver videos with every update so we give players something interesting to watch. We have prepared several different kind of videos, one of those are introductions of ourselves to let people meet us, to let them know who we are and let them know we are approachable. Finally, we are also preparing an arena playground for some people to try out and see how our mechanics work.

Of course, everything that you have mentioned above and much more. Currently we have appeared in various websites like: Kotaku, Rock Paper Shotgun, iGR, PCgamer have written very nice things about us. Also, Guido Henkel (Planescape Torment), Minh Le (Counter-Strike), Jesse Schell (Schell Games), Radiant Entertainment (Stonehearth) and Larian Studios (Divinity Original Sin) have recommended us, which is quite awesome of them!

Research a lot, see why funded projects have been funded, see why failed projects have failed. Prepare a lot, you will need a lot of exposure. Try to build a fan base before even thinking of kickstarting. Have a plan B ready. And always remember, kickstarter projects are not run by themselves, those 30 days will probably the most busy days of your life.

Give our kickstarter a chance, check it out here http://kck.st/ZT8VUu, if you like it support us with a contribution and please spread the word!

Thanks again and I hope to hear good things from your Kickstarter!
Thank you for your time and support!