Ladder Morph - The Next Step for Ladders


Welcome back to another Kickstarter Conversation!  Today I am joined by by Dino Vassilakos the creator of the Ladder Morph - The Next Step for Ladders.  Thank you for joining us today Dino.

Thank you for having me.
The Ladder Morph is an interesting piece of hardware, could you explain it for our readers?
Very simply the Ladder Morph is a bracket that attaches 2 separate extension ladders together at their peak creating an adjustable A Frame Ladder. 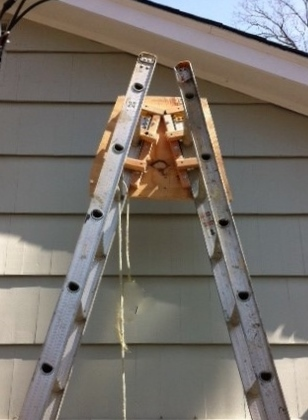 So your product is only the joint you put at the top of two regular ladders?  Your FAQ mentions some other piece that goes toward the base of the system is there any pictures of that?
I do have pictures of the wings that I need to add to the Kickstarter page
A coworker I showed your project to said, “That’s a great idea!  Now that I know about it though I could make it myself,” which made me wonder, have you patented this idea to protect your intellectual property?  What advantages would someone have in backing you versus going out and making their own?
I’m glad your co-worker liked the idea. I’m sure a lot of people say that about kickstarter projects and that’s some of the feedback we’ve received via Facebook “why didn’t I think of that?”  At present we have a Provisional patent which we are in the process of converting to a Utility Patent. Besides the legal issues of making their own version of the Ladder Morph there are a couple of immediate advantages to backing us versus making there own. First is the cost factor, to buy all the materials at retail would cost more than we are planning on retailing our product for. Second is the time needed to research the various components, and build it. Third and very importantly, would you want to climb 10 feet into the air on something that you built while copying a picture without specifics?  Hopefully the answer to that is no.  We are currently on our third  version of the original design which has been tested well beyond the maximum capacity of the ladders themselves.   It’s been very exciting for me to see this go from the original idea while standing in line - to prototype, to Kickstarter and next stop production…

What are some of the “10 other uses for the product we hadn’t even considered” that fellow contractors have shared with you?
When we first came up with the idea it was simply to replace multiple A Frame ladders. One of the contractors we spoke to started on about how this would be used in lieu of scaffolding and then it could replace the pick used for siding and then a platform could be suspended between the ladders and on and on. Quite honestly we were simply  hoping for some positive feedback not a laundry list of potential applications! 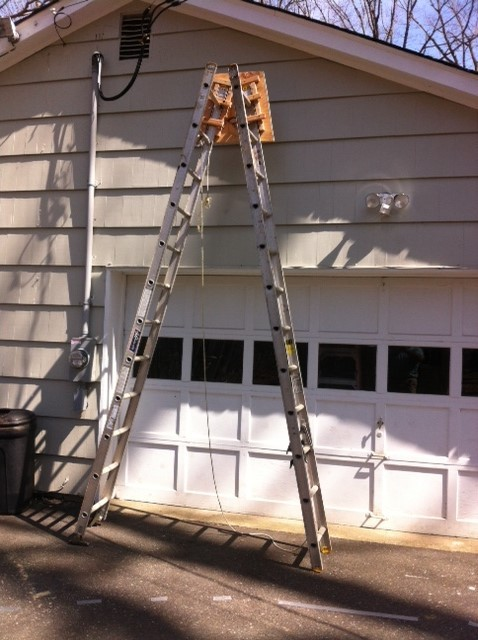 One of the problems I see is OSHA, is that something you’ve taken into account or will it not come up until after you actually have a product to test?  That’s one agency that really takes its job seriously!
Prior to building the first prototype we went on OSHA’s web site and made sure the angles used for the ladders where as per their guidelines as well as any other immediate guidelines or specifications they had noted.
I love budget breakdowns as they allow potential backers to see that you have a plan for the money.  You do a decent job of describing what the money is for in your campaign but you don’t go into detail.  Is that because the numbers are in flux or you just didn’t see a need to share hard numbers?  Would the $48,000 produce only enough Ladder Morphs for backers or a full production run for retail sales?
At this point the numbers in definitely in flux but I can share some ranges with you.
Product Liability Insurance - $ 25,000 to $ 35,000
Final Patent Expense - $ 3,000 to $7,500
Materials for Initial Run $ 5,000 to $10,000
Engineering Certification - $ 1,500 to $ 5,000
Marketing - tbd
How did you discover Kickstarter?
At this point I am not really sure where I heard about Kickstarter but most likely it was from something I read about startups in some magazine or on a website.
A key part of successful Kickstarters is backer participation and how to convert a potential backer into a full backer.   How are you engaging your backers?  What kinds of things do you have planned for updates to give notice to those who just hit the “remind me” button and surf on?  Interviews?  Videos?  Stories from the project?
This is something that we definitely need to work on. To date, we have been sending thank you notes and responses to all inquires.  As you could tell by the “crow” in the taping, we live in the woods and that was the 10x+ taping and we finally went with it.  Once this “deep freeze” leaves, we are taping a “how to” to demonstrate how it is put together and we will launch that in our updates.   We welcome any advice or suggestions though. 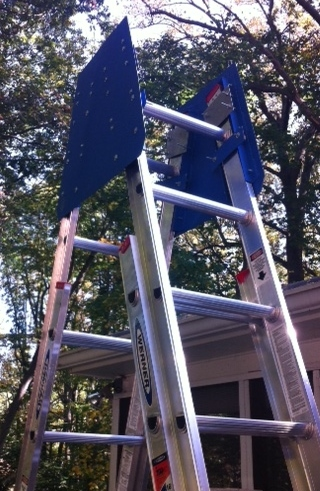 What kind of media attention have you received with your project?  How are you spreading the word?  Facebook?  Twitter?  Google+?  Youtube?  Advertising?  Are you using Kicktraq to track your progress?
We are using Facebook, linkedin,  and emails primarily. Yes, Kicktraq is helpful and we received some backing from that community as well.  We are also launching it on Youtube and a website to take pre-orders will be up shortly.
Do you have any tips/advice would you give to anyone looking to start a Kickstarter?
Spend as much time as you can on the site and then jump in.
Thank you for spending your time with us!  Do you have any final thoughts for our readers?
I would just like to say this has been a great experience.  The Kickstarter team was great with advice to launch and the site provides tremendous reporting tools throughout the process.  The Kickstarter community has also been phenomenal!!   From the first day we were live, we received advice and feedback from complete strangers with no vested interest in our product. The only reason they contacted us was they are part of the kickstarter community and they just wanted to help.  We really appreciate all the support and everyone continuing to spread the word on The Ladder Morph!!Thanks again and I hope to hear good things from your Kickstarter!