To the Skies with Project Nimbus!

Welcome back to another Kickstarter Conversation!  Today I am joined by the creative folks over at KISS Ltd. to talk about their video game Kickstarter: Project Nimbus.  Thank you for joining us today.
Hello, we’re the GameCrafterTeam, an independent game maker team from Thailand. Thank you very much for reaching us!
Project Nimbus looks to be a very action oriented game; can you tell us all about it?
Yes, this is a very action oriented game. It’s very fast paced, high speed flying mech game.
The third person, air combat based gameplay, strikes me of the Ace Combat series.  Was that deliberate or just a natural combination of genre and visual style?
I think that’s a result from trying to create this kind of intense flying action experience. Project Nimbus does takes a lot of influences from many games that team members love.  As much as we strives to make ourselves unique we can’t help to pay homage to great gaming moments. 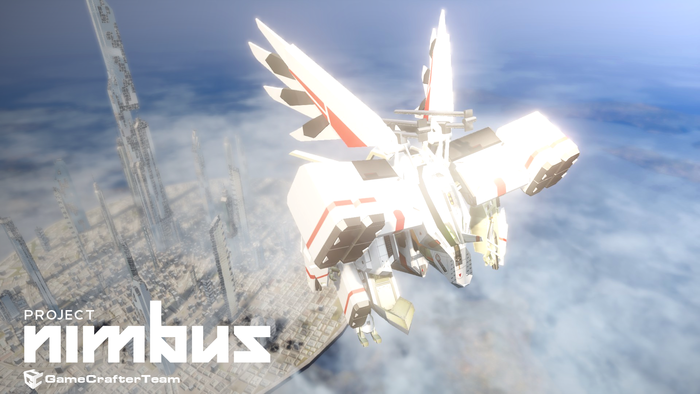 Your project mentions that the campaign isn’t to start the game but to finish it.  How far along in development are you?  Is it in a playable state at the moment?
It’s playable right now, but not completed yet. We’re in the middle of finishing the campaign’s content. There will be a lot of work before it’s done.
The game is set to appear on STEAM did you guys have to go through the Greenlight process?  If so what did you think of the process and how difficult was it to get approved with your game in this early stage of development?
Getting green-lit on Steam greenlight was a big challenge. It really boosted our morale when it was a success. We were  truly ecstatic to know that so many people liked our game and wanted to play it!
I think the most important thing to do in Steam Greenlight is to make a trailer that’s truly reflect the game’s heart and soul. It’s not easy to accomplish that and we knew it was going to be a long shot. There were so little that was ready to be shown at that point, but I guess the hearts and mind of mech game fans do connect.

Your FAQ states the game doesn’t currently plan on having a multiplayer component, but now that you’ve hit your “Sandbox” stretch goal is there a chance of sneaking that in or would that be a post-launch development?
Speaking about the post-launch development, if the game launch is a success, there will be lot of things that we can add post release. However, the immediate goal right now is to deliver a good single player experience within the budget and release date. We know the limitation and capability of our small team and we don’t want to bite more than we can chew.
Having doubling your £6,000 goal already how do you feel about meeting your projected release date of July 2014?
Reaching the minimal goal is a great relief for all of us. That really boost morale to see that our dream is shared by so many people. About meeting desired release date: It’s entirely possible, we’ll work as hard as we can to make it come true. But we’ll not rush and under-deliver the product. 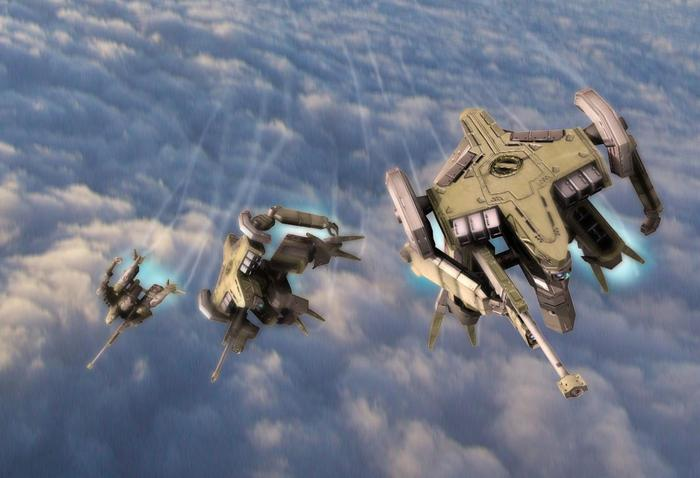 One of the key things I look for in a Kickstarter project is a budget breakdown.  These simple business tools are a great way of gauging how much planning for the budget a project has made.   Is there a reason you’ve not included one in your campaign?  What is the £6,000 budgeted to be used for?
Most of the money will be used to keep the  development team alive and the bills paid until the game is done. Some will be used for additional music, voice acting and artwork.
The fact that our team is based in Thailand does help with our budget, but that’s both gift and curse. Gaming industry in Thailand is not as developed as in Japan or Europe or America where there are a lot of professional game studio.. Game Crafter Team is technically either self employed or hobbyist.  Not having to worry about money all the time does help TREMENDOUSLY!  I am certain that any startup game developer can relate to our situation.
How did you discover Kickstarter?
I’ve heard about KS since I was a university student.

A key part of successful Kickstarters is backer participation and how to convert a potential backer into a full backer.   How are you engaging your backers?  What kinds of things do you have planned for updates to give notice to those who just hit the “remind me” button and surf on?  Interviews?  Videos?  Stories from the project?
Well, to be frank, we don’t plan. Everything is improvised everyday based on what we had to show them. We just show everything we had at that moment.What kind of media attention have you received with your project?  How are you spreading the word?  Facebook?  Twitter?  Google+? Youtube?  Advertising?  Are you using Kicktraq to track your progress?
We used all of the channel we had to spread the words. We have a FB fanpage, we have a twitter account and we send messages to lots of journalists to see if we can pique their interest. Thank to kindness of many journalist, we’ve achieved relatively big coverage about our KS campaign. And yes, we do used Kicktraq.

Do you have any tips/advice would you give to anyone looking to start a Kickstarter?
Invest time in making the video, that’s the most important part of the campaign. If  you really believe in your game you’ve to put it out there. And never, never surrender.Thank you for spending your time with us!  Do you have any final thoughts for our readers?
Thank you very much for such warm supports. We’ll not disappoint you! We’ll make sure that we deliver a good game worthy of your interest! I’ll not allow this game to suck.Thanks again and I hope to hear good things from your Kickstarter!