Welcome back to another Kickstarter Conversation!  Today I’m joined by the fine folks over at Three Crows who are here to talk to us about their American Wine Story.  Thank you for joining us today.


Thanks James! We appreciate your interest in our project. As indie film producers, we’re always looking for new ways to get word out about the film. We’ve collected some amazing stories from winemakers around the country, and we’re hoping to share them with as big of an audience as possible.


Like any good documentary you’ve discovered some interesting tales to tell, what is the story at the heart of American Wine Story?  Why should people be interested?


The film follows people who’ve reinvented themselves in wine. They reached a certain point in their lives when they were suddenly bit by the wine bug and they decided they should risk everything to start from scratch in that business. In other parts of the world, winemakers come from families who’ve been doing this for generations. But here in the States, especially in the up-and-coming wine regions, everyone in the business started somewhere else. They were computer programmers, engineers, and, in the case of Drew Bledsoe, an NFL quarterback before becoming wine producers. 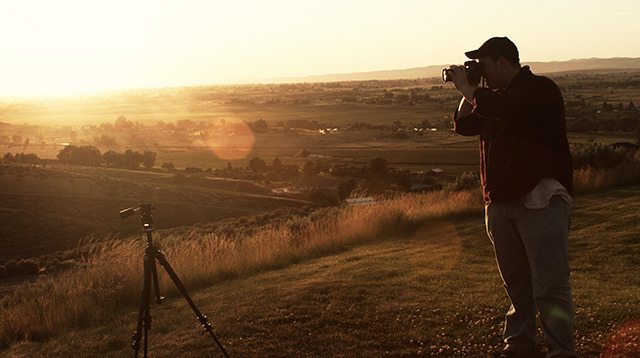 When folks think wine in America they tend to think Napa valley in California, yet you mention having to go to 7 different states in your video.  Where are all these wineries and why don’t more folks know about them?


American Wine Story is about people who are reinventing themselves halfway through their lives and becoming winemakers. But in truth, entire regions are doing that...reinventing themselves as wine regions. Oregon, where I’m from, only started becoming a serious player in the late ‘60s. Now it’s established as a world-class wine region. But other states, like Arizona and Virginia are also trying to prove themselves. And they’re serious about competing with places like Napa.


This drive to pioneer something new is typically American, especially when it comes to wine. Thomas Jefferson planted commercial vineyards in Virginia in the late 1700s. He never succeeded, but his original goal was to sell wine to the French. He dreamed of an American landscape covered with vineyards. Now, 200 years later, it’s finally coming true. We touch on this in our film and interview winemakers from Virgina and six other states, including California, which is best know for American wine.


We traveled to Washington, Oregon, California, Virginia, Arizona, Missouri and Kansas. If we had enough time and money, we could have visited wineries in all 50 states and Canada as well.


What was drove you to create this documentary?


We live in the Willamette Valley, which is covered with wineries and vineyards. We’ve visited a lot of them, and we noticed that every winemaker always has a story to tell about a certain bottle or vintage. They talk about the geography and landscape, the entire year of weather and the people who made the wine. Every bottle has a story behind it. This piqued our interest.
Also, grape vines, like people, seem to prefer beautiful landscapes. They grow best on scenic hillsides, so this subject always looks great on camera. 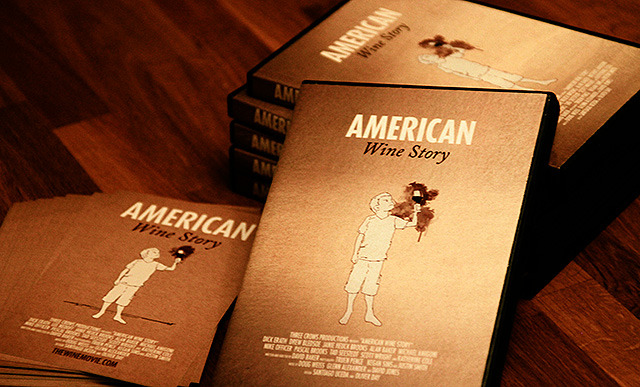 With filming and editing complete, what do you need with the money from this Kickstarter?


The main thing we need is licensed music. That will allow us to have a film that sounds great, and the licensing is necessary to screen the film in public and release it online. We’re working with some amazing musicians and composers, and we have to compensate them to get the rights to the material.We also need funds for color correction and audio mix, plus publicity. This campaign will only cover a fraction of the costs. The rest we cover ourselves and then hope to recover some of that later on down the road. While camera technology is getting cheaper and editing software more accessible and easier to use, there are still a ton of costs in independent filmmaking.


What are your distribution plans for the film?  Will you submitting it to any festivals?


Yes, we’re doing a festival run, and also some food and wine events. We plan to do our own theatrical distribution later in the year and also distribution the film online. There are a lot of folks out there interested in food and wine, so we have a good shot at filling theaters in several cities around the country and are already developing partnerships around that effort. This is a complete DIY process, and it’s a lot of fun, but also a ton of work.


We’ve used Kickstarter on several projects, and we launched this film with a smaller campaign. It’s gone from a novelty to an essential tool for indie filmmakers. Every other film I watch these days has a whole list of Kickstarter supporters in the credits. Even Oscar nominees, like this year’s The Square couldn’t have been made without Kickstarter support. We’re in a golden age of documentary filmmaking due to the new production technologies and online resources like Kickstarter.


We’ve hit social media pretty hard. Since there are lots of folks interested in food and wine, we connect with bloggers and social channels in these interest areas. We start with family and friends, and personal networks and move out from there. We’ve been working hard to build our Twitter followers, too.


Aside from social media, we also reached out to traditional media and have had a couple articles written about this. This doesn’t always translate to Kickstarter backers, but Kickstarter is a great way to get media attention to build some long-term publicity and support for the project.


Kickstarter campaigns are a lot of work. I’d suggest budgeting carefully for rewards. Also start planning months in advance and be realistic about how much time you have to put into it to see results. If you want to just sit back and see money roll in, you’ll be disappointed. Like anything in life, the harder you work, the better your chance of success, even though that’s not a guarantee.


Well the main thing I’ve learned through making this film is that people who have a goal or dream work extremely hard. I’ve been inspired by the winemakers who’ve jumped into something with little or no knowledge and then eventually succeeded. It’s a lot like filmmaking, and it takes patience and ongoing effort.


And something else that every winemaker told us was that they received help along the way...someone mentored them, loaned them equipment, gave them advice. In that way, it’s a lot like Kickstarter. We rely on the generosity of others to help us reach our goals in filmmaking. It really connects you to some positive experiences with people who are mostly strangers. Your Kickstarter backers inspire you to do your best work by putting their faith and trust in you and helping you reach your goal.


Thanks James. Best of luck with your project! Thanks for helping us share our story.