Here at Kickstarter Conversations I see hundreds of Kickstarters from across the spectrum or creativity and invention.  Many catch my eye in some way or another but either don't rise to the level of a full individual article or interview so the "Caught MY Eye" article was born.   Lets see what we have for this week?

As always projects listed in descending order from ending first to last.

Another Kickstarter project by a Stripsearch Alumni?  Is this bias?  Sort of, I'm biased toward interesting projects from interesting people and the Stripsearch Alumni all count.  That said I'm actually pretty drawn to this project as it hits very close to home.  A story about internet friends who've never met?  Friends who mean more to you than the people or are physically near you?

Hmm... I met my future wife completely online and didn't physically meet her until the week I proposed?  Yeah I think this story hits close to home for me.  :)

by Vorpal Games
Now nothing has ever stopped anyone from roleplaying over long periods of time in a game, but I can't think of one designed from the ground up to have the players purposefully play out an entire bloodline from beginning to end.  It's an ambitious project and one that is quite successful.  I am a bit annoyed by their talk of stretch goals like they've never been done before (you get more the more who back us at no extra cost) but that's probably because I've seen so many other Kickstarters.

LUNARSAIL: A Cubesat And Solar Sail To Orbit The Moon

by Matthew Travis
Yep, another cubesat project, and another one trying to get one of the little boxes to the moon.  I have issues with this one from a space guy point of view as well as a Kickstarter point of view.  That said it DID catch my eye and make me research it more.  Is it worth backing?  I'm still on the fence about that as they admit the Kickstarter isn't their sole source of funding but when their published budget numbers don't seem to make any sense, let alone are listed over their Kickstarter goal I get wary and annoyed. That's not even going into all the issues of sending a cubsat into lunar orbit.

by Paul A. Tillery IV
Do I really have to say anything about this project?  I mean look at it!  The name has a trademark on it even!  The levels of silliness and fun just ooze off of this project.  I think quitting your day job for a Kickstarter is never a good idea, let alone the budget is just $2500 but I think it's a funny concept and art style that I'd like to see.

by Emily Booth
I've always had a thing for fairytales, I think a lot of us older folks do because these classic tales can be told in lots of ways to keep their meanings alive and relevant to new generations.  This project looks to have the earmarks of just such a telling, besides being more "true" to those original, and often more grisly, tales.
Besides the fact that this is yet another project that doesn't give a budget breakdown it seems to be pretty well put together. 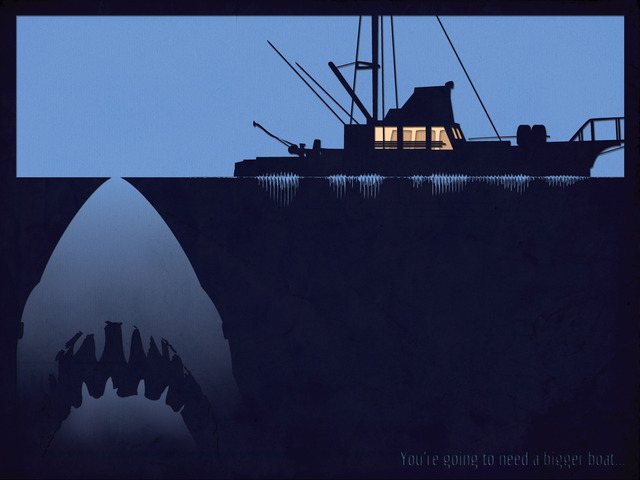 by Dak Mannella
I love finding out more about movies, and one of my favorite things to discover are when scenes aren't scripted, but improvised.  Seems I'm not the only one as Dak Mannella has decided to create some very interesting prints based on these movie moments.  I can only hope Ghostbusters ends up as one of the extra prints.

Generation One: Children of Mars

by Steven R. Stewart
Space + Comics + Politics?  Adopt a character and get yourself in the comic?  Putting a picture of a kid taking a picture with the Curiosity rover as your main picture for your product?  C'mon how could this not catch my eye?  It's like they wrote this thing just to get on my site.  Well played Steven R Stewart, well played.

My complaints?  NO BUDGET BREAKDOWN!  I mean c'mon $10,000 goal (which they hit BTW yay!) and no explanation of where the money is going?  Bad form folks.

by Steve Radabaugh
Now Steve was nice enough to contact me about his project and while I do believe he has an interesting concept I'm not sure I wanted to devote a full article to it.  So I decided to bring his project to you all in this quick hit format and let you decide for yourself.  Just like the upcoming Harebrained Schemes board game, Tablets & Titans hopes to leverage the increasing number of personal tablets to run a pen & paper style RPG.  To me the down side is that offloading gameplay to all these personal devices actually pulls people out of the experience.

That said occasionally my wife actually looks at Kickstarter or her friends point one out to her and thus when Kaitlynn's post popped up my wife sent it my way.  Personally I find the art style is rather nice and I like the way she changed the suits to fit her theme.  All in all it sounds like it could be a great card deck if you're looking for an independent artist's work as cards.

by Richard Hercher
My last listing for the day caught my attention because it was so basic looking.  A $500 goal and a huge 60 day campaign length the project looks like one of the many "post it and we'll make money" but then I took a look at it a few days later and I see updates with actual game prototypes and the like and go, "Okay so not a post and forget but an honest attempt.  The game has the full rules available to download and evaluate so while the presentation isn't very good the product itself actually seems like an honest attempt at doing something fun.  I think it's worth sharing and hence it made it to my list for this week.