Week after week I see dozens of Kickstarter projects that just aren't living up to their full potential.  It could be the project concept, presentation, or any of a myriad or reason but the result is the same.  These projects just aren't doing well and hence they are the Underachievers.

As always I try to list these projects in descending order from finishing first to last.


Have you seen these coins? I mean seriously I'm a sucker for coins for gaming but these are some of the coolest I've seen since they're done "Old school." Unfortunately because they're done "old school" the cost per unit is way higher than most gamers are probably willing to pay. Honestly at $2 a coin (S&H is in there too) it's a lot harder to drop a "sack of gold" on the table and these are brass. For instance $61 gets me 31 (since they added one per level) and a leather pouch of Dragon fantasy coins which are about the size of a penny, or for $50 you were able to get 150 Realm Coins with a bag. Sure they're not anywhere near as authentic but we're talking about coins for gaming here and not for collecting. Plus at .33 cents a unit instead of $2 I'm more willing to let my kids play with them. Hell since the Dragon coins are about the size of a penny I could spend .50 and get 50 coins right away to play with and work just fine as a game token. (Though nowhere near as cool looking)

Like I said though, these are awesome looking coins that I love, but I think the price isn't right and even the licenced Game of Thrones versions of the coins from the same guy are going to have a tough time of it.


I like this project because they saw a problem and attempted to fix it.  That said as a parent with a baby this lid would not help me as they designed it for standard bottles (which isn't a bad idea) but we don't use those.  We use a wider angled bottle that this lid wouldn't fit.  Plus I honestly don't care as much about germ exposure as some parents so yeah I'm not the target audience.

Other than that I honestly think they have a pretty decently, if a bit "infomercial-ish" video and campaign laid out.  $10 for a single "universal" lid at the early bird price could also be part of the problem.  I mean I can buy one of these bottles for like $1 with a whole new lid so I could just buy 10 and still cost the same as this.  So they're fighting scale and visability.

Would this project fit well in the baby industry?  Of course! There are worse specialized projects (PeePee Teepee anyone?)  out there that I shake my head at wondering how they ever hit the market.  Maybe Kickstarter isn't good for baby projects?  Maybe they just find the right people to see the project?  In the end I think this one's poor performance is mostly just not getting the right eyes on it more than the project itself.

I think it's pretty well documented that I like cosplay, webseries, and independent film makers, so of course this project caught my eye.  Unfortunately it's fallen into the underachievers quite handily and why is that?  Let's count a few ways:

Could this be a fun little series?  Possibly.  But people film youtube webseries all the time without Kickstarter or before running a Kickstarter.  We need to know you can to before we back.

Indie comics are nothing new to me, I've interviewed at least a good dozen and known dozens more webcomic creators. So of course I take a look at indie comics and this one caught my eye. Then I facepalmed when I saw how it was going. So lets take a look:

So I was going through my twitter feed (@KSConversations of course. ;) ) when I saw Tim Schafer post up a link to this underperforming project. If one of the biggest Kickstarter game creators can't push you over the top what's wrong with your project? Honestly I'm not sure! It seems to be a very well put together project if a bit niche. It looks like it's their first game as a team and maybe it's because they are from Spain and their English isn't that great? (Though they did put up subtitles which is always a good option)

Honestly could this just be a videogame Kickstarter fatigue? Or a lack of attention?

Another webseries?  Yep, and this one at least has some scenes shot that we can see.  It is a very well done video and the team looks like they actually care about the project, so why is it underperforming?


This project just seems to be languishing and it's a bit sad.  They're doing things right in a lot of ways, I honestly think just not enough folks beyond their immediate area have heard of it.  Might be worth putting up a full trailer or something and try to get it on Machinma or other major Youtube webseries share. 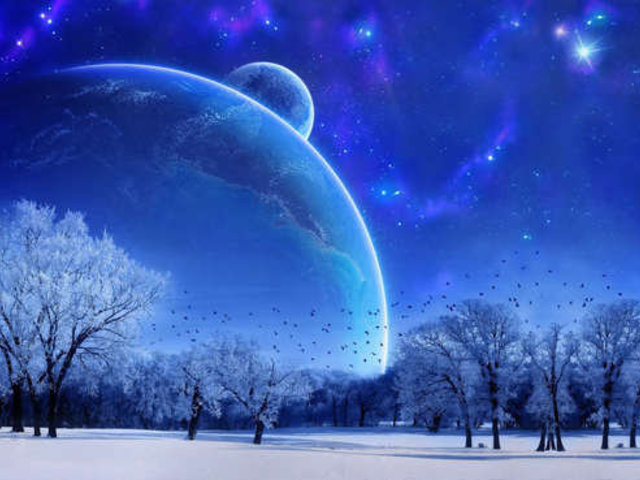 Logs From a Starship

Another writing project and once again a sore/close topic for me. This is a young author trying to get up and going so lets run down how he can improve this project for a better chance.


I'm not trying to be a jerk but most writers will tell you there's a lot of crap you have to go through to be a writer and they don't have much patience for those who think they can skip it. One of the biggest steps is proving you can write by putting your work out there over and over again with little or no reward. We need to see you improving your craft by putting out work, and by doing that you build up an audience and then you put up a Kickstarter.

This is an interesting project because it's all about science, and in my opinion extremely important science. The question is, can these guys actually advance the science in a meaningful way?  I have a feeling most folks look at this project and just brush these guys off as "a couple of kids."  That and fusion has gotten mixed reviews over the years due to hoaxes, misreporting, and other incidents.  This is an uphill project and I hope they can fulfill their budget breakdown.

Reclaiming the Blade: Sons of Fire
by Daniel McNicoll

This is one of those documentaries that I love to watch, why is it on the underachievers list?  They have the stars, the experts, the film expertise, the past experience, and the quality presentation?  Why is this project not doing better?  I mean not having a budget breakdown (really guys?  No budget breakdown?!) isn't normally a make or break on such a big name project, but then again maybe it is?  This could be one of those, "These guys obviously have money why ask us?"  Or even worse they said "preorder" which flags in the minds of some that this project will come out no matter what so why bother with a Kickstarter?

Is this project a victim of it's own previous success?  Is it part of the "big name backlash?" I don't know, all I know is I think it's underachieving.

This project strikes me as one of the "mixed messages" kind. Normally when you see a webcomic on Kickstarter it's to fund a new year of comics or a print run, but this one is a conversion project. Converting a webcomic to the written word is an odd choice and I think that on top of the weirdness of the creator (which I find funny BTW) just goes to confuse and alienate potential backers.


I will also point out that even though he mentions what the $22,000 is for in the video, he doesn't do a proper breakdown. I mean that's a lot of money for a project and no good explanation for it. So yeah, confusion all around.

Oh hello again SPACE SHOCK why are you on the Underachievers list?  Honestly I totally want to play this game and I think a demo might have helped.  Other than that I have a feeling the reason why this isn't doing well is just timing.  Oh sure a graphical breakdown of the budget and more information of past work of the team (since this seems to be the first game as a group) would be helpful the project itself seems solid.

If this project fails just because it's timed too close to Space Hulks release that'd be disappointing.  Because this seems a great Space Hulk/Neverwinter combination.

This project just strikes me as a "failed concept" Kickstarter. It's a pretty well laid out project though it does fail at Budget Breakdown and doing updates (ZERO in the entire time?) but I think the biggest problem is the project itself. I mean I would love a planter that could water itself or remind me to water it, but I'm not spending $115 for a tiny six inch planter. I mean those who would spend that kind of money on a planter, already know how to properly take care of plants! I would think your target market are forgetful wanna be gardeners like myself, not the well established ones who know what they're doing. Just saying...