A Pi Pan to make March 14th Even More Special


Welcome back to another Kickstarter Conversation!  I wish today was March 14th, and you’ll understand why when you see what Garrett Heath has come to share with us today.  Thank you for joining us today!

Great to be here! Looking forward to this irrational conversation! 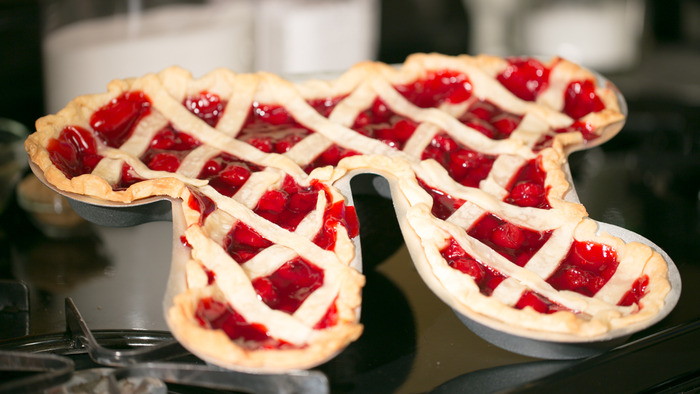 (Chuckles) Irrational indeed. Now you’ve made a product I can’t believe I haven’t seen before especially with sites like ThinkGeek out there.  Would you be so kind as to tell us all about your Pi Pans?

Sure thing. In 2010 I had left my job to try to start a business, but it ended up failing miserably. During this time I could never get a good night’s sleep because I was worried about how to make money and survive and my mind was in overdrive. I started getting a lot of crazy ideas so I would scribble them down on a piece of paper to get them out of my head. Some were turned into iPhone apps and others stayed on the back burner. The Pi Pans were one of those ideas that fell somewhere in between.

I remember doing a Google search for Pi-shaped pie pans and couldn’t believe that nothing came up. I registered www.pipans.com and dusted off my old CAD drawing skills to come up with some rough sketches. Several weeks later, I had a pretty decent drawing. I then turned to Elance to find a manufacturer to give me a quote on the mold to make the pans. I got a lot of pushback, namely that there were too many curves to make it work. Because I didn’t have a job or any money coming in, I put the designs on the backburner.

Fast forward to 2012, one of my friends, Philip Butler, brought the Pi Pans back to life. He had been collaborating with a friend of his from MIT, Chris Possinger, who had more of a mechanical engineering/material science background. Chris knew how to make the design even better and in a way that could be manufactured. The rest is history and here we are.


No seriously, how could there not be a Pi shaped pie pan?  March 14th has been celebrated for a few years I can recall at least!

I know! I almost had a heart attack when we were in the prototype stage when Laughing Squid posted a link to a Pi shaped pan, but upon further inspection, I realized it was just a silicone cake mold. While this was a great step forward for Pi lovers, you couldn’t really make a pie with that mold, so what’s the point? With our Pi Pans, you can make sure that you are the talk of the office on March 14th! 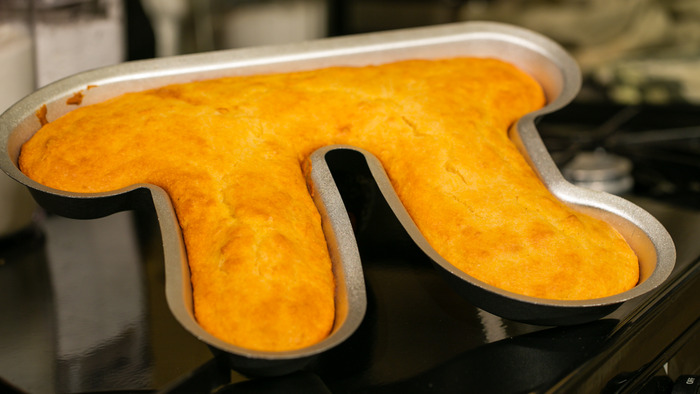 How does one go about making a pie pan, let alone a Pi Pan?

It has been a challenging process, but we have been really satisfied with the results. Chris found a site called www.mfg.com and was able to find some manufactures who looked at his specs. From there, he found a company that we proceeded to make a mold and then some prototypes. It is amazing how the Internet can bring together people to accomplish something that would have been seemingly impossible just ten years ago for a group of three guys outside their main jobs. It’s pretty amazing.

Your FAQ mentioned that you can use the same amount of filling as you would a 9” pie pan, but you’d need about 25% more crust.  Have you noticed any other oddities in cooking with a Pi shaped pan?  Do brownies and cornbread for instance take less time to cook?

This was something that Chris really brought to the table with his design. When I had first worked on it, I wasn’t even thinking about the “functionality” of the pan, I just thought it was a cool design. Chris, however, realized the importance of it baking just as good as it looked. He was brilliant in designing a pan that took the same volume so people could make their tried-and-true recipes, but yes, the surface area is a little larger so you do need more crust.

As far as other oddities, I have found that the baking times are typically on the upper end of the listed range of cooking times, but that could just be my old house’s oven. 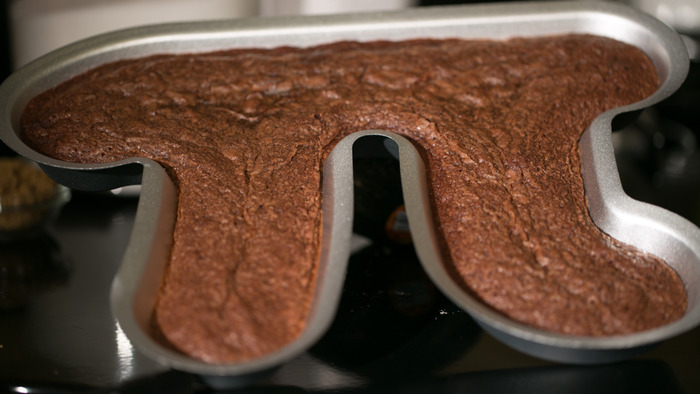 Do the Pie/Pi jokes ever get old?

I could take an infinite amount of them! I have been impressed by the number of Tau fanboys out there looking for a Tau pan.

As I mentioned before my coworkers and I are totally baffled as to how this isn't a product already we could buy at ThinkGeek.  Once fulfillment is complete do you plan on shopping the product around to places like ThinkGeek?

You know, we would be interested in hearing from guys like ThinkGeek, Uncommon Goods or Fab. I am a fan of all three of these companies. 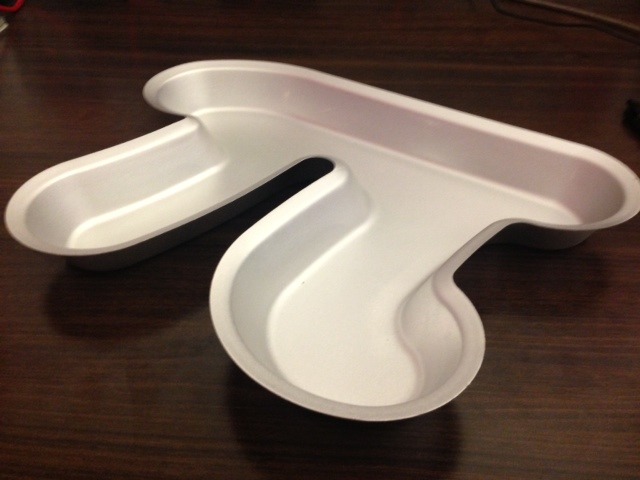 You’ve gone well beyond your original goal of $2,000 what are you plans for the overage? Will it all go into fulfillment?

Fortunately, we should have a pretty smooth fulfillment process. Philip has learned a lot through his business about order fulfillment and has incorporated a lot of best practices to have a well oiled machine. Our main plans for the overage is to try to order a decent amount of inventory to have on hand for the upcoming Pi Day festivities. We don’t want to be caught empty handed trying to fulfill orders for that day!

On the topic of money and budgets, one of my long standing bugaboos that I’m going off on every Kickstarter is the need for a budget breakdown.  Your campaign is great in so many ways yet you have no budget breakdown, why is that?  Where is the originally budgeted $2,000 going?

The main area that this money will go towards is helping to pay back our investment in the mold. The mold is one of the most expensive pieces when fabricating any tangible object. We put up some money to get that done with a short run, and we felt that if we could show the world our product that people would be interested. 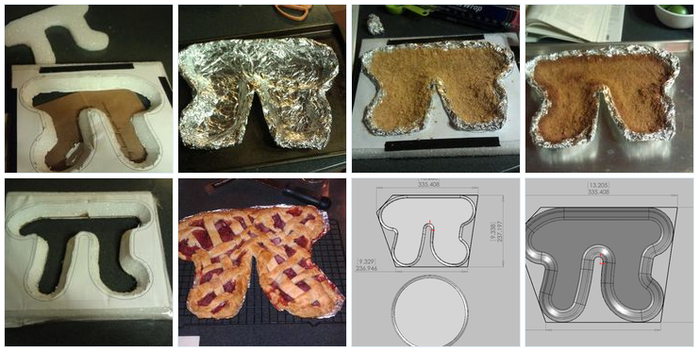 I actually discovered Kickstarter back in 2010 while I was trying to start a business. I learned about it from my brother, who was blogging about music at the time, when one of his friends launched a campaign to create a mixtape where the proceeds would go to the people affected by the disaster in Haiti. I thought that this was such a cool platform and loved I could help back a person to help support him artistically as well as assist him with changing the world.

I have backed a several more projects since then and am always on the lookout for something new and innovative being created. I thought that Kickstarter co-founder Yancey Strickler had an interesting comment about Kickstarter on the company’s corporate blog post concerning Spike Lee funding his latest movie. In the comment section he said, “The key question behind investment is: ‘Will this make money?’ The key question on Kickstarter is: ‘Do I like this and want to see it get made?’ It's the latter question that creates opportunity for so many more ideas.” I thought that was such a powerful statement.

To be honest, this has been something I think I have failed on a little bit. I know that other projects that I have backed have given a lot more details/updates, and I need to examine how to do this better. What are your thoughts on what I should do? 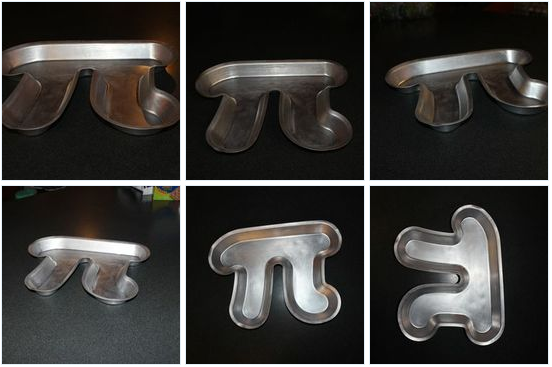 Don’t even get me started on suggestions, I started this blog thanks to simple questions like that.  (Chuckles) What kind of media attention have you received with your project?  How are you spreading the word?  Facebook?  Twitter?  Google+? Youtube?  Advertising?  Are you using Kicktraq to track your progress?

One of the things that we did was to mail out some prominent food bloggers previews of our Pi Pans. While no one posted a blog post of a pie they made, we did see many of the bloggers post to Google+, Facebook and Twitter, engaging their fans. We also chose to mail Robert Scoble a pan, and his son made an awesome peach pie! I had reached out to my local newspaper, and I was able to get in the San Antonio Express News as well. We will check in with Kicktraq and also send them news articles about the pan as they come out.

Ultimately, you have to create a product that people are going to love. I had tried a Kickstarter before, and it wasn’t funded. There was just something visceral about this particular design that captured people’s attention. Some backers have rounded up their pledge of $20 to $23.14, a nod to their love of Pi. So having the right product is very key.

Other than that, you should put some effort into your video. This is your chance to really sell yourself and your idea. Everyone knows someone with a good camera, so make a call to that person and collaborate with them. My good friend, Matt Niemann of Aberdeen Studios, is incredibly talented not only brought a lot of creative ideas to the shoot, but also really had an eye towards detail that I might not have had. Finding a good videographer is key. 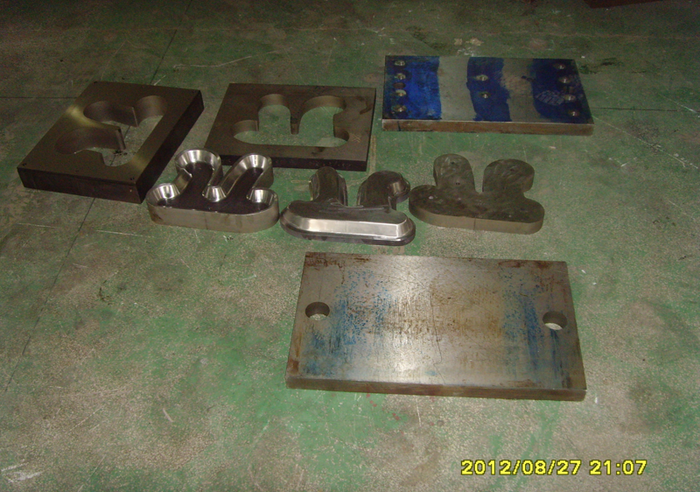 I have a couple of things. First, this is such an exciting time in the world. With the online collaboration tools and platforms, you can bring any of your ideas to life. Sites like Kickstarter can help you get funding, Elance and Odesk can help you find people with the skills you need and mfg.com can help you find a manufacturer. You will have to do a lot of hard work, but as Walt Disney said, “If you can dream it, you can do it.”

Second, don’t forget to back our Pi Pans project!