Welcome back to another Kickstarter Conversation!  I am pleased to be joined by Tommy Tallarico who is here to share his exciting Kickstarter project Video Games Live: Level 3.  Thanks for joining us today Tommy.

Yo!  Thanks for having me!

Can you give us a brief overview of Video Games Live and Level 3 in particular?

Video Games Live is all the greatest video game music of all time played by a live orchestra and choir, but what really makes it unique is that everything is completely synchronized to video, automated state-of-the-art lighting & special effects, stage-show production, interactive elements where we bring people up on stage and they play a video game while the orchestra changes the music in real time on the fly, depending on what the person does.  I like to describe Video Games Live as having the power and emotion of a symphony orchestra and combining it with the energy and excitement of a rock concert and mixing that together with the interactivity, cutting-edge visuals, technology, and fun that video games provide.

Level 3 will be our 3rd album release which will be studio recorded by first class musicians and will focus on lesser covered game music such as Shadow of the Colossus, Monkey Island, Street Fighter II, Beyond Good & Evil, Journey, Skyrim and many many more! 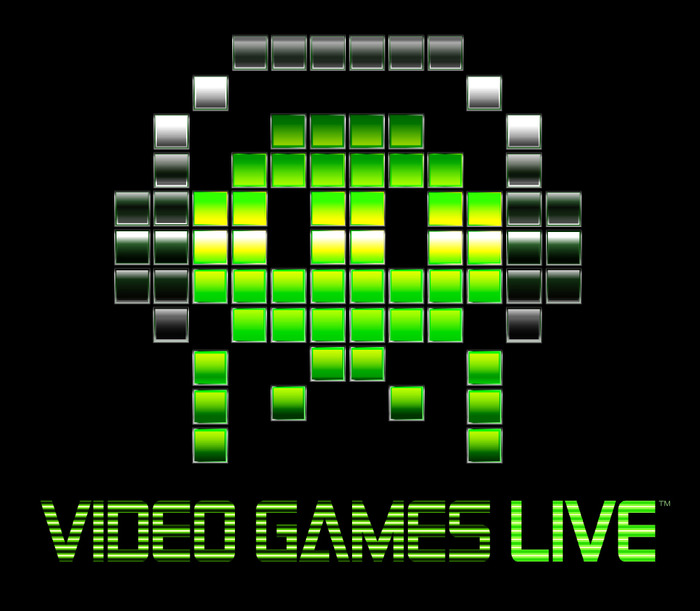 As a trombone player who hated concert band I have to ask, where were you when I was a kid?  Video Game music just seems much more current than what is normally played by symphonies today.

Totally agree!  That’s why I created the show with EVERYONE in mind.  You don’t have to be a hardcore gamer to come out and appreciate the show and music.  My goal in creating Video Games Live was to prove to the WORLD how artistic and culturally significant video games have become.  It’s also been a great way to introduce a whole new generation of young people to a symphony!


Video game music is very pervasive with a whole generation, yet how many of them actively know about it?  Have you ever had trouble describing your concerts but then start playing some of the music and people give you that “ah hah” look?

Yes.  Every night!  Especially when we’re performing with a new symphony for the first time!  But once they hear the cheers and screams of thousands of people… they say… WHEN ARE YOU COMING BACK!!  THAT WAS AMAZING!  WE’VE NEVER HEARD CHEERS LIKE THAT BEFORE!  :) 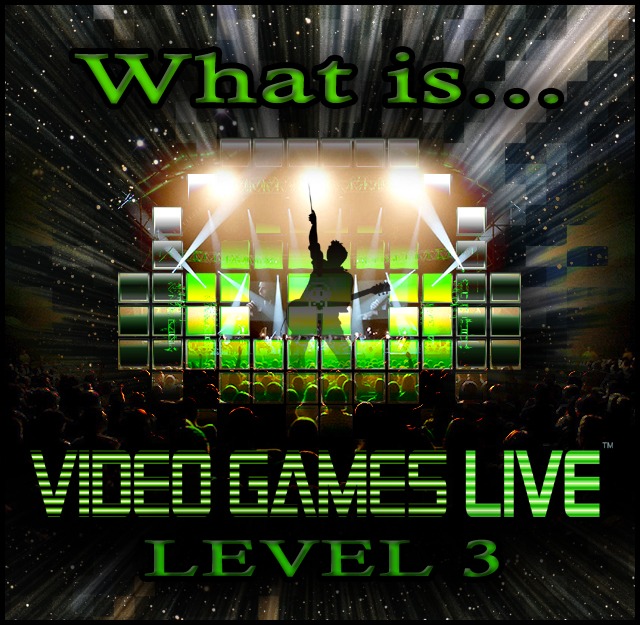 With Level 3 you’re trying to do a “deep cuts” kind of album?  What are some of the songs/games you plan on performing?

How hard is it coming up with arrangements for the performances?  I don’t suppose most video game music is available in orchestral score form?

The newer stuff is (God of War, Skyrim, Warcraft, etc.) but for the older stuff we need to start from scratch.  But when you have such amazing melodies to work with… the hardest part is done… so it’s really fun! 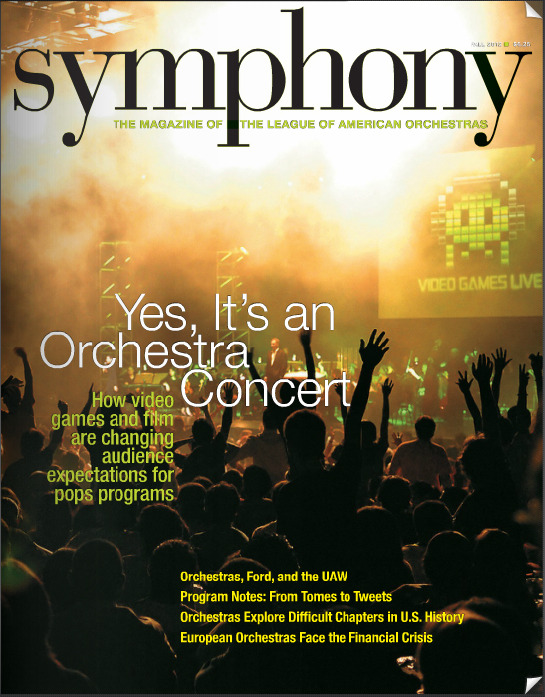 How hard is it to decide what songs to include both in your live performances as well as on Level 3?

I’ve created over 120 segments for Video Games Live over the past 11 years and we’ve never done the same show or set list twice!  We’re constantly adding to the show.  We’re even doing stuff now for games that haven’t even come out yet!  Games live Destiny (Bungie), Assassin’s Creed IV, etc.  And we’re always adding classic stuff as well… for example we now do a fully orchestrated Monkey Island segment that is really cool!  On our Official Facebook page (https://www.facebook.com/pages/Video-Games-Live/62865898389?ref=hl) I create EVENT PAGES for each of our shows and let the folks tell us what they want to hear.  We also have a mailing list at videogameslive.com where you can sign up to get updates on when we’ll be coming to your area… and what you want to hear!  So I look at that data as well.Our first two albums covered a lot of the typical stuff you would expect to hear… so for the 3rd album I really wanted to dive into some of the fan favorites!

Studio records sure do cost a lot of money and thankfully you broke down the $250,000 budget into real numbers for us, thank you.  Did you know before starting on Level 3 what the costs of a studio album would be?  How different is it setting up a studio recording versus putting on a live concert?

Yeah.  I’ve known the numbers for awhile but was unsure that people would understand the cost of doing such a project… $250,000 is a LOT to ask on Kickstarter for a music project and the reality is the costs will be closer to $300,000.  I wanted to make sure if we did it that it would be successful.  We’re about halfway there as we come into the middle of the timeframe.  So we’re looking pretty good.  Hoping for a strong finish like most Kickstarters experience.  We’re doing everything in our power to make sure as many people know about this as possible.Studio recordings are a lot more expensive… but they also sound a lot better, which is why I wanted to go that route. 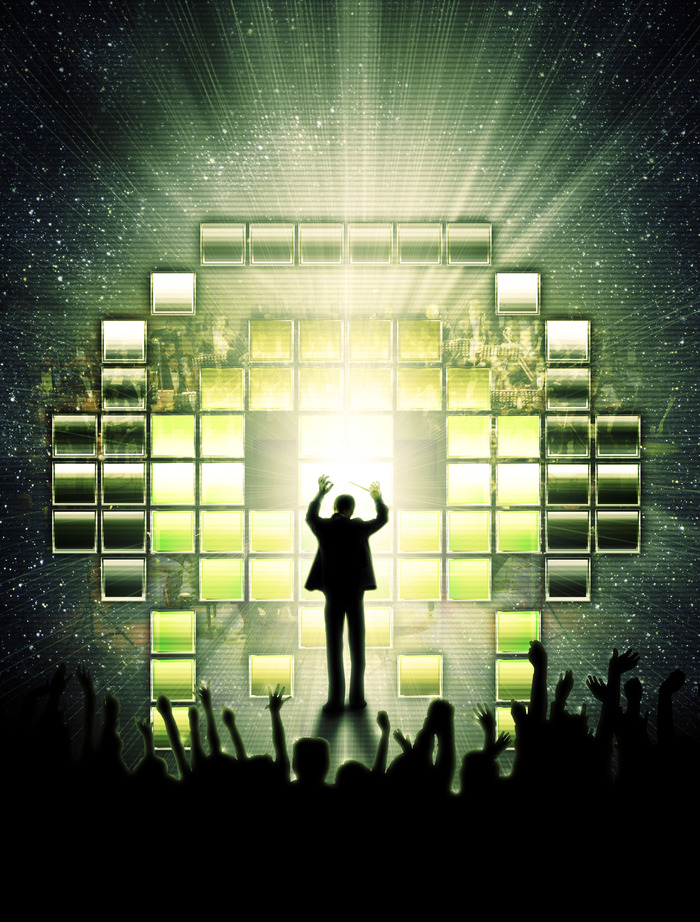 You mention a desire to do a live recording of your Latin American tour coming at the end of September.  Do you have any upcoming tours in Europe and North America?  Australia?

We’re always touring the U.S. (3 shows in November) and already a lot more set-up for the spring of 2014.  A big European tour will be happening in 2014 although we’re not sure of the dates just yet (trying to do 10 different countries!).  I’ve been trying to get to Australia for a long time now!  I just need to ensure we have the right partners.  Been speaking to the Sydney Opera House folks for a few years now.

Why come to Kickstarter when you’re already a successful concert tour?

I put every cent we make directly back into Video Games Live to keep it going.  I’m only ever interested in covering our costs.  We spent over $750,000 to self-fund the PBS Special & DVD/Blu-Ray as well as our 2nd album.  It was a GREAT victory for the video game industry to have something so artistic representing the game industry on such a prestigious and well known platform (90 million households in the U.S.!)... so it was worth the risk.  Even though we never made back the investment… I would still do it the same way because of the massive positive exposure it brought the industry.  I want to keep producing content.. but no record company will spend the money these days and they feel that gamers are not willing to pay for music (they feel they will just steal it on the internet or listen on YouTube).  So we’re hoping to prove them wrong!  Kickstarter is really the only way to bring the folks more content without taking the risk of having Video Games Live go away forever (a risk I never want to see!).The other reason is that we can offer SO MUCH MORE value for money by doing it this way.  If you look at our tiers and rewards… I don’t think anyone has ever received more value on any Kickstarter!  My goal was to at least QUADRUPLE the amount that people donate!  You can’t do that by just doing it the traditional way where you just sell one album for $15 and thats it.  Folks who are spending $25 - $35 are getting $125 - $175 worth of music!!  It’s pretty incredible.  Again… we’re not interested in making money… just getting as much game music into the hands of people as possible!

I’ve been following it since my good friend Brian Fargo did so well and really connected with his audience.  Good friends Chris Taylor & Tim Schaeffer followed.  It was amazing to see gamers really stand up and support the industry and new ideas.  Which is exactly what Video Games Live has been accomplishing with our tour for over a decade. 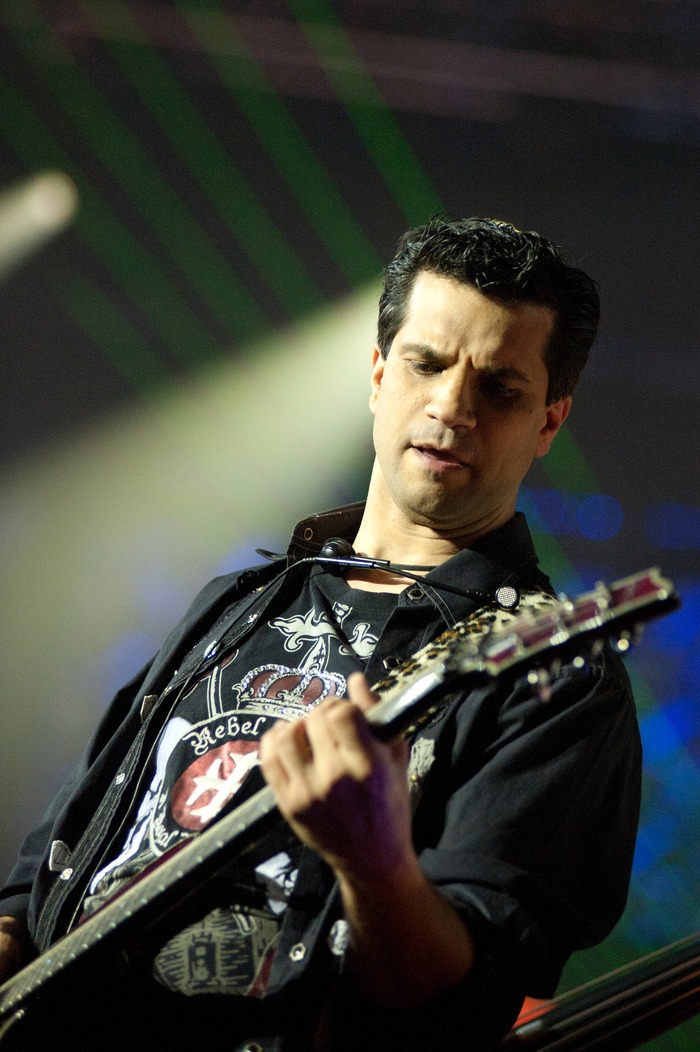 All of the above!  We’ll also be posting some music and composer videos as well.  A lot of cool surprises planned over the next few weeks!What kind of media attention have you received with your project?  How are you spreading the word?  Facebook?  Twitter?  Google+? Youtube?  Advertising?  Are you using Kicktraq to track your progress?
We’ve hired 2 PR firms (one for the U.S. & one for Europe) as well as doing a lot of advertising on YouTube & Facebook.  We’ll also be at PAX in Seattle, the Salt Lake Comic Con and we have folks in Toronto at the Fan Expo and GamesCom in Germany.I look on Kicktraq about 20 times a day.  :)  It’s addicting!

Give a lot of value.  Have a good network to promote to.  Hire a PR firm.  And take the entire month off and dedicate it ONLY to the Kickstarter project!  I’m working 20 hours a day promoting, answering questions, doing interviews, updating the project, creating graphics, etc.  It’s a LOT of work.

Yes!  Please check out our Kickstarter and all of the amazing Reward Tiers.  We have some incredibly unique things like a tour & lunch at Blizzard Entertainment, David Hayter personalized message in the voice of Solid Snake, Signed Light Cycle blue-prints from the creators of Tron, TONS of composer signed sheet music from around the world and hours and hours of video game music as insanely ridiculous lower tier rewards.
Thanks again and I hope to hear good things from your Kickstarter!

Me too!  Thanks for helping us to spread the word!
Posted by Unknown at 8:00 AM