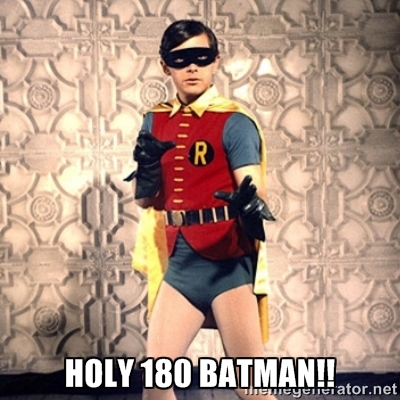 In September of 2012 I had already been a member of the Kickstarter community for over 7 months when I started getting annoyed by a lot of really bad Kickstarter projects.  Projects I would later start calling the “Gimme Money” projects since they didn’t seem to do more than say “Gimme Money” and nothing else.  They weren’t even as nice as a used car salesman saying “Trust Me,” those at least worked a bit harder to try and sell you on an idea even without proving they could do it.  No, the “Gimme Money” posts were nothing more than a sign and an open hand, like a panhandler who wasn’t even trying.  They irritated me on so many levels because they insulted not only the backers, but the creators as well.  They imply that the creators don’t even believe in themselves enough to try and sell you on their ideas.


I began annoying the folks on my Google+ stream (most Notably Kevin Mudd and the sorely missed J.C. Kendal) with my rants and comments about bad Kickstarter projects.   Then on day I snapped when I saw this campaign: 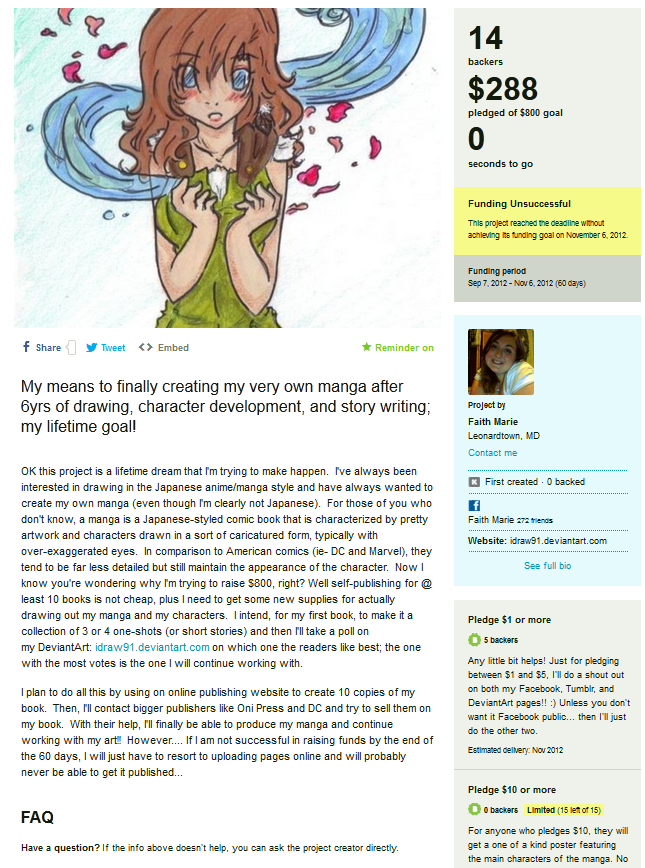 I ended up writing a pretty nasty post about it, that while containing constructive criticism, wasn’t the most nicely worded thing in the world.

You know it's projects like this that make me avoid the comic section of Kickstarter. Am I bit of a comic/artistic snob? Yes, yes I am. Because I've known and worked with so many talented artists (and married one) I know how hard it all can be.

I've done 2 webcomics of my own. I've worked with dozens of webcomic guys. I've known (and currently work with) published comic artists. Hell my wife's work is cover art in a physical collection of digital art!

That said this particular KS hits several of my "argh" buttons.

1. It fails as a KS project in general for not learning from successful other projects. The description is bare bones, there's only ONE picture, and there's no video. Even a slideshow of your art would be better than nothing!

2. The tone of the post itself seems... not quite whiny or begging, but not far from it either. Again how many webcomic folks do I know who have been published BECAUSE they're webcomics? Getting your work "out there" on a regular basis proves your worth as an artist worth looking at. Ask any successful artist out there and they'll tell you just how darn hard it is to get any kind of publishing, so why not do it yourself?

3. The one piece of art they do have is okay... but from that one piece of art alone I'm supposed to donate money? The artist has a deviantart page, it's linked in the KS! Why not post more? Why have the "selection process" on Deviantart and not on KS where the money is?

All in all it does point out one thing I've learned from many different artists out there. A creative mind isn't always a good business mind (in fact most of the time it's not). That's fine and all but sometimes it's good to ask for help when you're just the talent. :)

Yeah... tact wasn’t what I was going for.  Yet, even back then I decided to share my comments with the creator in an effort to help them improve their project.  That didn’t go over too well.  In fact I got more “return fire” than anything else and of course her project failed.  In the end a good thing did come out of this experience, and that was the idea that critical comments weren’t a bad thing, and that good creators can adapt and take in the criticism and work with it.  In fact, I’ve been pleasantly surprised by how folks are accepting my criticism in the “Underachievers” lists and some are taking the ideas to heart and fixing things.

That said, sometimes someone does so much work and takes so many of my comments to heart that I can only say, “HOLY 180 BATMAN!”
Last week I was a bit rough on Kathy Kale and her book relaunch of All Fall Down.  As always I contacted the creators of that article with a link and a blurb about the list, and Kathy was one of the first on that list to respond.  Unlike back in 2012, Kathy had a great response to my comments starting with, “I'm a writer and used to dealing with criticism, especially when constructive, which yours was.”
She then proceeded to explain why she had done what she did and admit that, no she was not a marketer but she wouldn’t mind having my input.  Of course being the modest and helpful guy that I am (Yeah right -Sharyn) I proceeded to go through her project at length, answer her questions, and provide suggestions.  I have done this a few times in the past but usually I am either ignored, thanked but nothing happens, or occasionally one or two points are addressed (like folks adding budget breakdowns YAY!).  Yet Kathy must really be used to doing rewrites because she came back with a complete rework of her project that left my head spinning!
Gone was the short brief “back cover of the book” blurb of her story and the complete lack of context for the project.  She had written a background on the story and a lead-in to a short sample of the actual book.  She then gives a better background on herself, how her book languished in publisher induced coma, and how long she had waited to get the rights back.  While she didn’t do an exact budget breakdown she did explain how she was going to republish the book and what prices received what version of the book along with a link to her main page.
In over a year of complaining about bad Kickstarter projects I have never seen one turn things around so dramatically and so quickly.  Will it be enough to get her project going?  Honestly I don’t think so, but I do think it could be relaunched to a much better reception once she can get some “ground game” going as it were.  Getting her name out there, working the social networks (that EVERY successful Kickstarter creator will tell you needs to be done), and maybe doing a few more photos/videos and I think she’ll make her goal easy.
So to Kathy Kale I salute you for turning your Kickstarter project around and making me say, “HOLY 180 BATMAN!”