A Thinking Heroine, enter The Legend of Ztarr


Welcome back to another Kickstarter Conversation! Today I am joined by Sara E Mayhew who is here to talk to us about her Kickstarter Legend of the Ztarr Vol. 1 Graphic Novel and E-book.  I’m glad you could join us today Sara.


Thanks so much! I’m really excited to get to talk about my series and its Kickstarter.


As long time readers are aware I have special place in my heart for webcomics, so your project is among good company as both a webcomic and a Kickstarter.  Would you be so kind as to tell us a bit about Legend of the Ztarr and your Kickstarter?
Legend of the Ztarr (pronounced simpy ‘star’) is about a young girl named Adora Ztarr who is recruited by those still loyal to her late father to take his place in fulfilling a prophecy that foretells the demise of the Emperor of the Known Universe. I would say that it has the science-fantasy feel of Star Wars, but with a philosophy that shares more in common with Star Trek; promoting critical thinking and secular humanism.


What was your inspiration for this comic?  Your video mentions your love of science, though not how it relates to the story.
Adora is a critical thinker. Her travels through the story show how skepticism and doubt are important tools in navigating the world. She doesn’t just solve conflicts with her sword, but with knowledge and critical thinking. Her opponents are often zealots and true believers who let ignorance and biases guide their actions. 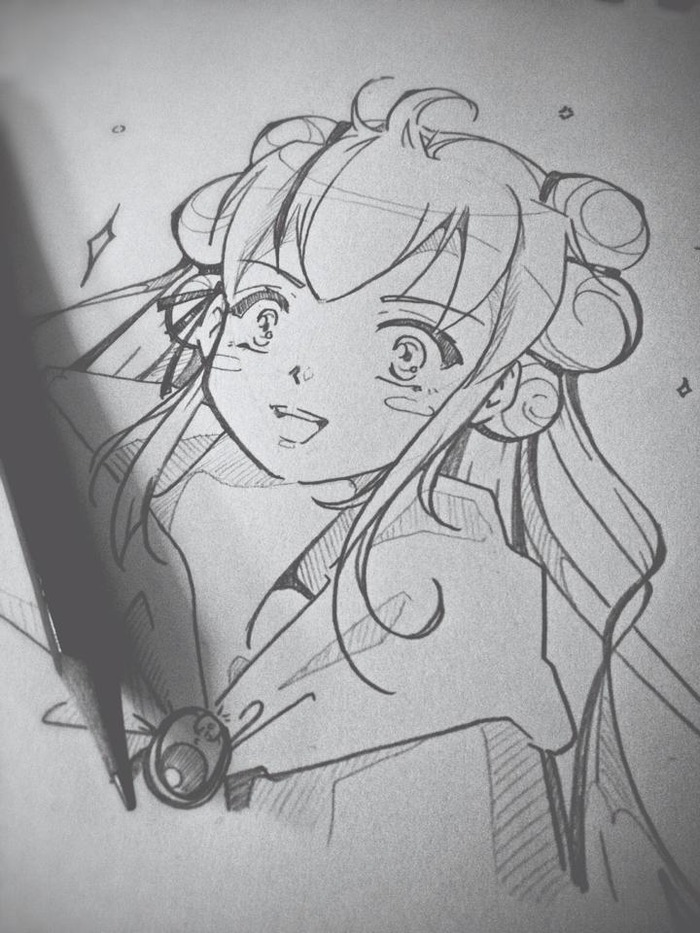 Swords-and-sandals sci-fi manga epic?
Star Wars and Star Trek was very influential on my childhood. When I was a teenager, I came across some early Star Wars concept art that revealed Lucas once toyed with the idea of having the Luke Skywalker character be a girl. That idea really stuck with me. I love the aesthetics of the Star Wars universe that mixes fantasy and space. But I’ve always loved the Gene Roddenberry philosophy of humanism and science-based thinking a lot more than the mysticism of Star Wars. So Legend of the Ztarr is the series I wish I could’ve had growing up--a female Luke Skywalker who thinks and acts more like Kirk or Picard.


You mention your comic features “secular humanist characters” in bold even, what’s so special about that?  Do you feel most characters in Manga and comics aren’t secular or humanist in nature?
I feel that mysticism and magical thinking is more pervasive than characters who are ground in critical thinking. That doesn’t mean you can’t have fantasy themes, though. Harry Potter is a great example of how you can have a universe with magic users who are also critical thinkers. The characters are witches and wizards, but they question authority, inquire, and are taught lessons about cognitive bias. They also have a very humanist outlook in their view that all people are equal, regardless of what their magical bloodline is. 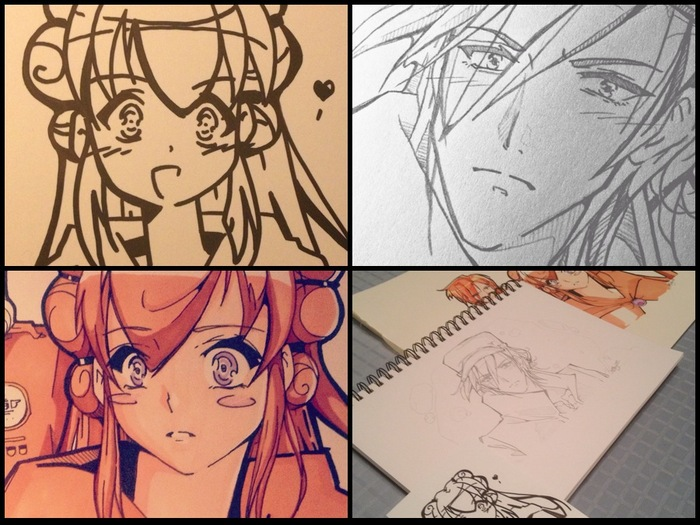 You call yourself a Mangaka, do you get those who say you can’t be one since you’re not Japanese?  How do you deal with negative comments from readers?
It becomes a bit of a “No True Scotsman” argument to tie manga creation with nationality or race. If I was born in Japan, but still Caucasian, would that qualify? What about Americans or Canadians who are of Japanese descent but don’t live in Japan? And there’s the argument that “manga” is just the Japanese word for “comic”, so why would Western creators call their comics “manga”?
The simple answer is that calling my work “manga” is the best way to attract the readers who are most likely to enjoy it. In the North American comic book industry, there are marketing difference between comics and manga/anime. Manga is found in a different section in stores, has a different target audience, and has it’s own world of fandom and conventions that, even though there is cross-over, is distinctive from the Marvel/DC traditional comic book market.
The purpose of using the mangaka/manga labels is purely practical; it gets my books into the hands of manga readers.


One of my biggest bugaboos for a Kickstarter is a Budget Breakdown.  These help explain to potential backers what the money is for and that you have a plan laid out and ready to go.  With a project like yours it’d be good to know how much of the money is going to pay you, how much is going to cover conversion of the comic to eBook, as well as how big a print run you planned for.  For instance will this Kickstarter only fund the books ordered or cover a supply of copies for your convention visits for instance.  The devil is in the details as they saying goes, so why didn’t you include a budget breakdown?  Where is the $15,000 going?
My plan is to use $10,000 to cover my living expenses for ~1 year, while focusing on completely Legend of the Ztarr. This will be my income, so that I don’t have to interrupt production to do freelance work to pay the bills. $5000 will be set aside to do a print run of the books, and convert the art into an ebook. My plan is to do a print run with additional books for sale, not just copies for backers. $10k isn’t a lot to live off of, so getting overfunded would be great, making it a lot easier for me to succeed. But in that case, I would also put more money aside for a bigger print run, and invest in promotion. 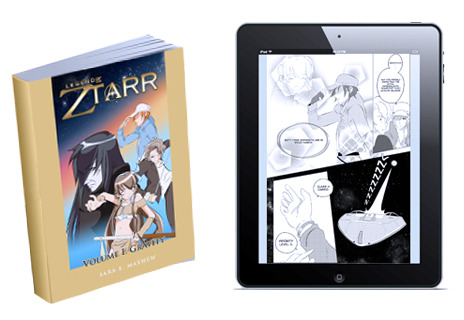 How did you discover Kickstarter?
I’ve been familiar with Kickstarter for a few years, but this is the first time they’ve opened up the service to Canadian creators. In the past, you needed an Amazon Payments account, which is basically only available to Americans.
A key part of successful Kickstarters is backer participation and how to convert a potential backer into a full backer.   How are you engaging your backers?  What kinds of things do you have planned for updates to give notice to those who just hit the “remind me” button and surf on?  Interviews?  Videos?  Stories from the project?
I would love to get more interviews to share with potential backers. I’d also like to post in-progress art from the series. 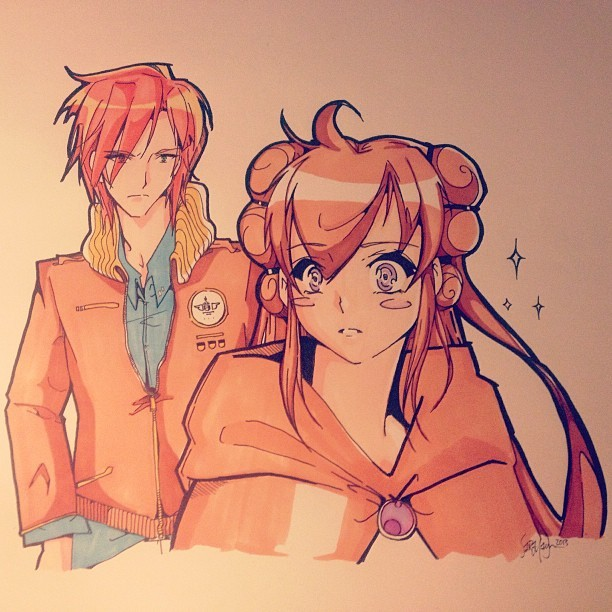 What kind of media attention have you received with your project?  How are you spreading the word?  Facebook?  Twitter?  Google+? Youtube?  Advertising?  Are you using Kicktraq to track your progress?
I wasn’t familiar with Kicktraq, but checked it out and am now using it. I started by spreading the word on facebook, twitter, and Google+. There’s also a small facebook ad campaign. The support of friends has contributed a lot in getting the word out, mentioning it on their podcasts, or sharing it with their followers. Many backers are also finding it through Kickstarter directly.
Do you have any tips/advice would you give to anyone looking to start a Kickstarter?
One thing I would suggest is to tell your friends and followers ahead of time, before it launches, to help get people interested in backing soon after it goes live. I also received some helpful feedback from the friends I shared the preview with before it went live, so it was polished and ready for launch. 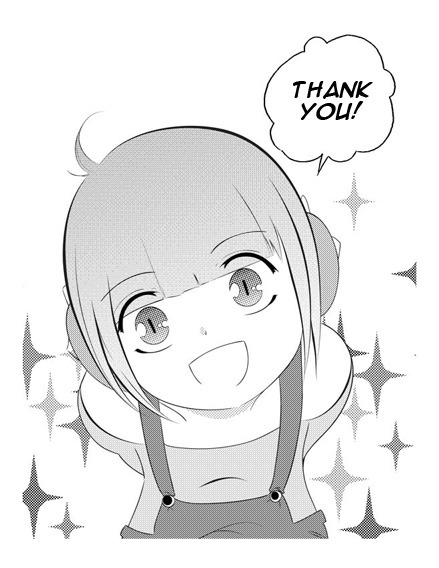 Thank you for spending your time with us!  Do you have any final thoughts for our readers?
I definitely hope they back the campaign and share it with their followers and friends!
Thanks again and I hope to hear good things from your Kickstarter!


Thanks so much for taking an interest.
Posted by Unknown at 6:22 AM