Welcome back to another Kickstarter Conversation!  Today I am joined by Richard C. Meyer to talk about his Kickstarter project "The Frozen Chosin"- Graphic Novel and 3D Animation Project.  Thank you for joining us today Richard.
Thanks for giving me an opportunity to talk about this project.
The battle at the Chosin Reservoir is an interesting choice of topic for a comic.  Can you tell us about your project?
The tales of Chosin were taught to us in boot camp, and they were a constant refrain during my enlistment. The Marines who fight at Chosin earned a mythic status within the Corps. But I didn’t really know the story of Chosin until I finished my enlistment and went back to school and started reading about Chosin. It was then that I realized what a great subject it was for a graphic novel. 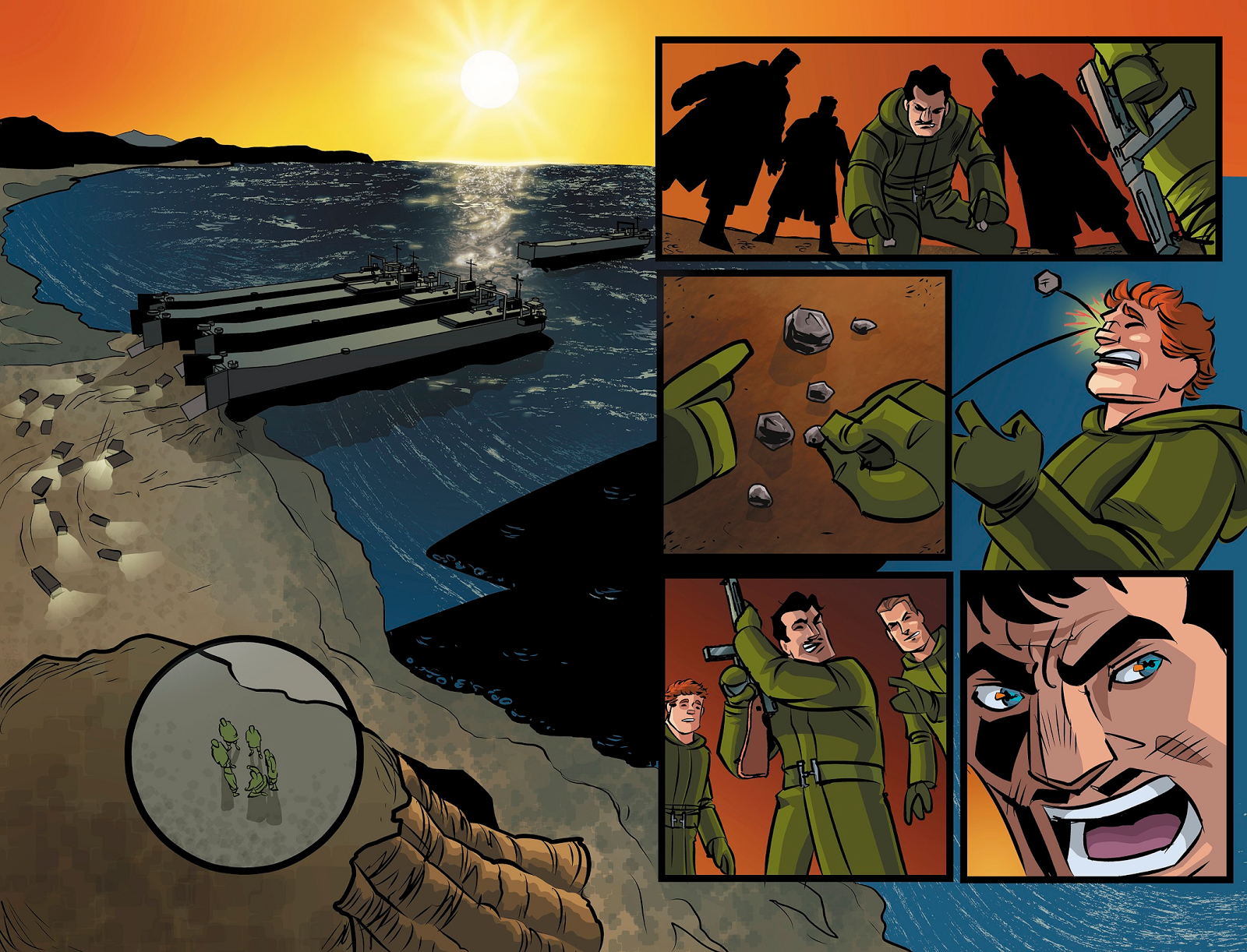 The Korean War is often called “The Forgotten War” with even huge battles like Chosin being lost to the average person.  Do you think your project can help shine a light on this little reported part of our history?  Why do you think few people seem to know about Chosin outside of military circles?
I think that graphic novels and animation are appealing to all audiences and that by telling the story of Chosin in those media, I can attract new readers. There is some knowledge of Chosin outside of military circles, mostly owing to some books written in the last 15 years as well as the “Chosin” documentary on Netflix.


You are aiming for a 130 page full color graphic novel with 50 of those pages already competed thanks to an earlier project.  Could you tell us a little bit about those original 50 pages?  Are they available to read now?
The original 50 pages were commissioned by the Department of Defense in order to commemorate the 60th anniversary of the Korean War. In typical government fashion, they overspent and mismanaged the project and ultimately did not even release it. I hounded them to release it online and they even screwed that up- releasing the page files chopped in half on a random website nobody goes to. They released the copyright to the pages, which allowed me to use them in an expanded version of the book. 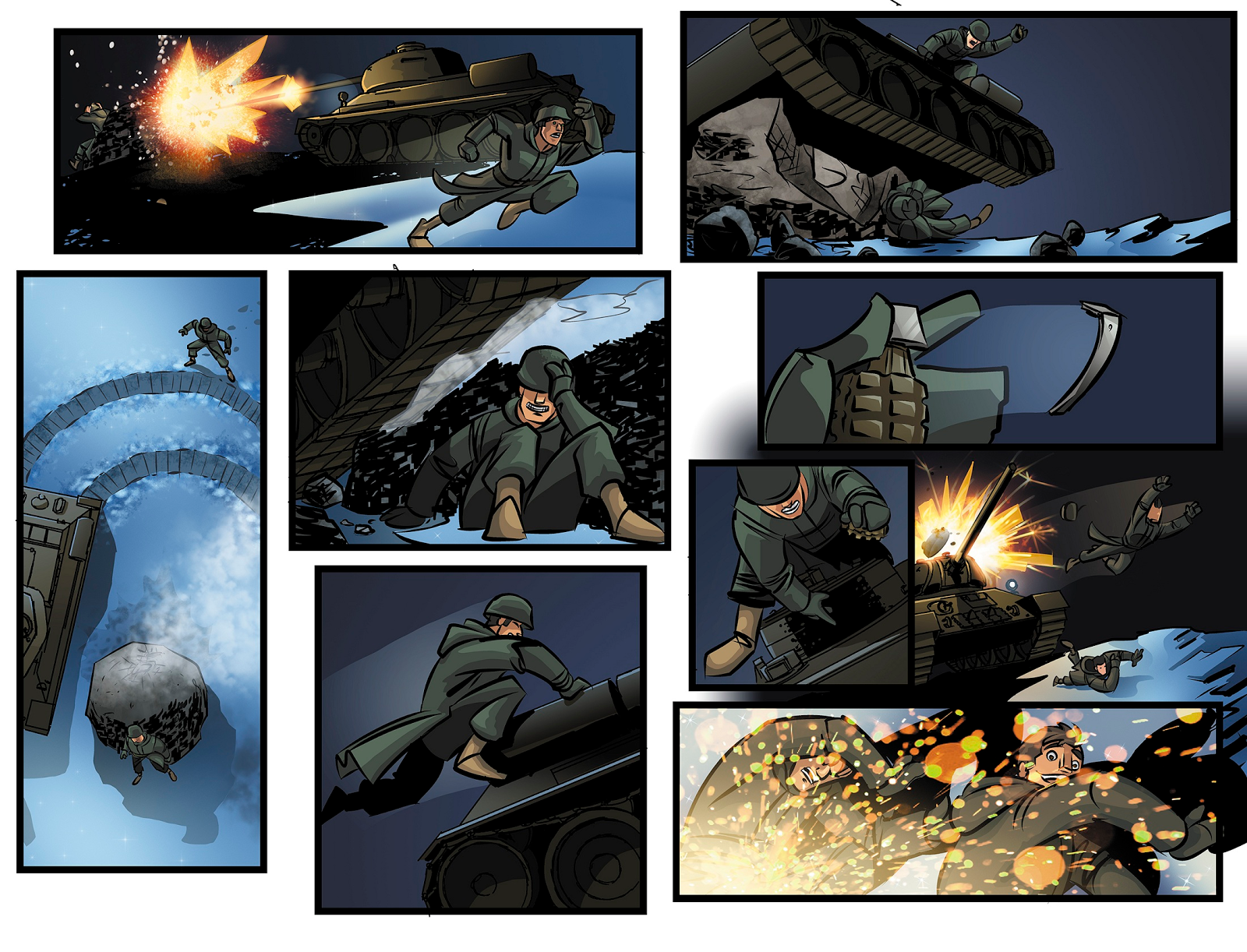 With the extra space you plan to tell the story of the entire battle, do you intended to take a few key people and tell their story or is it going to be more “overview” kind of storytelling bouncing around to where the action is?
The original 50 pages concentrate on Yancey, a Marine lieutenant who had also fought in World War II. They also covered Naval aviators Hudner and Brown. Brown was the first black Naval aviator and Hudner, his friend, earned the Medal of Honor when he purposefully crash-landed his own plane to try and help Brown after Brown was shot down.
The 80 new pages cover the plight of the Army soldiers on the East side of the Chosin Reservoir as well as the story of the Korean refugees who escaped to freedom in South Korea.
One of my biggest bugaboos with Kickstarter projects are Budget Breakdowns.  These show the backers that you’ve got a plan in place for the funds and are ready to act on that plan when the funding comes in.  Why don’t you have a budget breakdown?  Where is the $5,000 going?
Most of the $5000 is going to the colorist to color all the new pages. The rest is going for pre-press costs and the cost of printing rewards.
How did you discover Kickstarter? 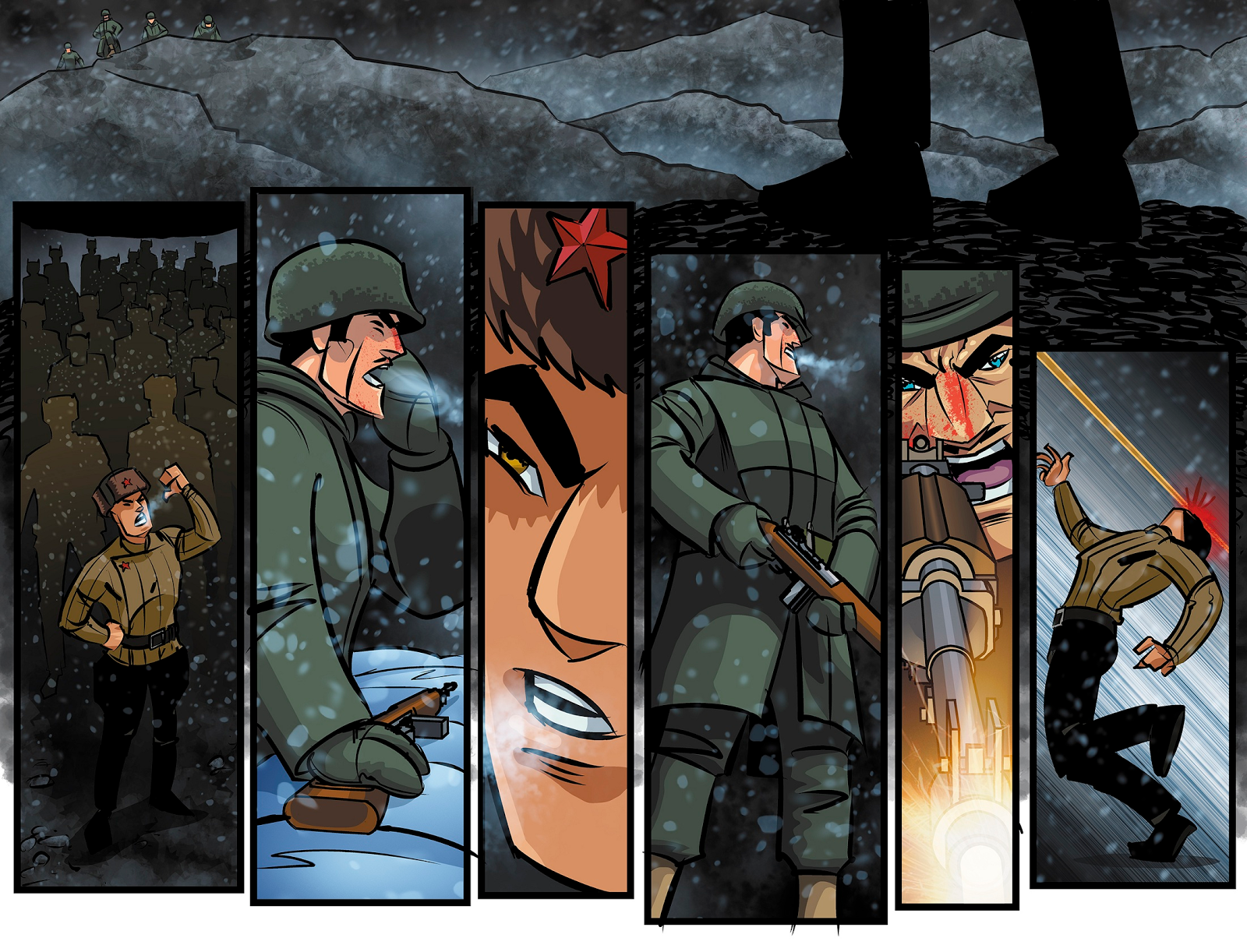 The biggest update I am planning on is to release some stills from the 3D animated short. I just got the 3D models rigged and readied to be animated so I will be working on that this week.
What kind of media attention have you received with your project?  How are you spreading the word?  Facebook?  Twitter?  Google+? Youtube?  Advertising?  Are you using Kicktraq to track your progress?

I definitely consult Kicktraq often. I’m concentrating more on twitter than anything else.
Do you have any tips/advice would you give to anyone looking to start a Kickstarter?
I’m learning that I should have gotten Twitter-savvy months ago; not during the campaign.
Thank you for spending your time with us!  Do you have any final thoughts for our readers?
The campaign is off to a slow start and I suspect there may be some confusion between this project and another Kickstarter I was involved with called CHOSIN- HOLD THE LINE. This is a different story with a different crew and was not funded from the money earned from that project.
Thanks again and I hope to hear good things from your Kickstarter!