Welcome back to another Kickstarter Conversation! Today we welcome John Joseph Adams to the conversation to talk about his project HELP FUND MY ROBOT ARMY!!! & Other Improbable Kickstarters.  Thank you for joining us today!
Thanks for having me!


Now that’s quite a mouthful for a title, can you tell us about your project?
Sure! I describe the book as an anthology of improbable, futuristic, magical, and alternate-world crowdfunding projects. Which is to say: It’s an anthology of short stories, each of which will be presented as a fictional crowdfunding project pitch, using the elements and restrictions of the format to tell the story. That in of itself is somewhat meta, but then I’m doubling-down on the meta by making an entire anthology of such stories and funding it via Kickstarter. 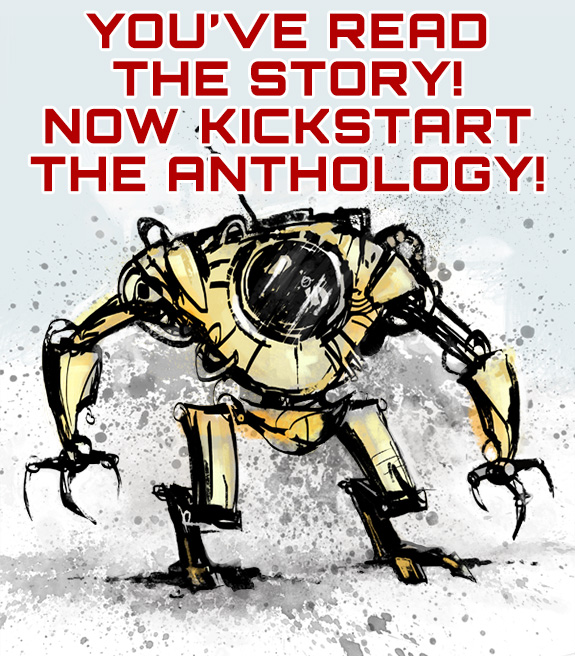 Wait… so your project isn’t about cats?  All I saw in your video was cute cats.  Why did you trick me?
It’s surprising sometimes what desperation can inspire.
When I did my Kickstarter for Nightmare Magazine, we ended up not doing a video, even though everyone said we had to. We had every intention to, but then we never quite got our act together to do it, and ultimately we just decided to proceed without one. After all, I figured, people who would back a LITERARY project surely are willing to READ to learn about it, right?
Well, Nightmare funded just fine without a video, but knowing that the video is most of the time considered an essential element of a Kickstarter pitch, I felt like for HELP FUND MY ROBOT ARMY!!! we HAD to include a video--it seemed like if I’m going to do a Kickstarter project about Kickstarters, I couldn’t skip out on having one of the critical components in my own pitch.
The problem was: I’m terrible on camera. TERRIBLE. I tried several times to just talk to the camera and make my pitch, and every take was just awful. So I was desperate and I didn’t know what to do about it. I had the thought, though, that I should be able to record the audio easily and cleanly enough--so I thought: what if I could get some kind of video footage that I could lay an audio track underneath (like a voiceover).
And then it hit me. On the one hand, Kickstarter is on the internet. On the other hand, the Internet loves cats. Then I thought: PUT YOUR HANDS TOGETHER. I don’t know that anyone has ever engaged in such shameless catsploitation in their Kickstarter video, but I’m actually quite proud of it. And it was a lot of fun to put together! I actually had no video or audio editing experience going into it, and, I mean...it ain’t Citizen Kane, but I think it turned out quite well, and it was fun learning the basics of those skills to assemble the video. Luckily we have a cattery (i.e., a no-kill cat shelter) in the town in which I live, so we were able to just go down there and get permission to shoot some video, and that gave me tons of material to work with. We just shot the whole thing with iPhones.