Can a Kind Heart Survive a Harsh Land? Find out in ERA: IBUKI!


((I write these interviews as if they take place in real time.  Feel free to answer however you like and I’ll edit them as necessary for flow.  You will then get final approval before posting.  Thanks in advance!))

Welcome back to another Kickstarter Conversation! Today I am joined by Irene Y Lee who is here to talk to us about her return to Kickstarter with ERA: IBUKI GRAPHIC NOVEL PRINT! Thank you for joining us!

Hewwo, James! :) Thank you for inviting me for this interview! :D

Let me start off by congratulating you on blowing your goal away!  Well done!  Can you tell us about ERA: Ibuki and why you think it has done so well?

Thank you!!!  :D ERA: Ibuki is the next story to my series of stories set in this universe I created and naemd “ERA”!    It’s a graphic novel that was done in a digital format, but after having my first comic, ERA: Convergence in print, I just couldn’t wait to print this story too!
And… and to be honest, I don’t know why the kickstarter has done so well!  I truly didn’t expect the support that I had received and so fast!  I’m just so truly grateful to have such wonderful backers!

Long time readers know I have a special place in my heart for Wecomic creators.  How much do you think it’s helped that you have a readership already before coming to Kickstarter?  How much does it mean to you to see your work in print and not just as pixels on a screen?
Having a readership already built up helps for sure, I think! :)   Readers are the most important and wonderful part of webcomics!   It melted my heart every time I saw them reblog my kickstarter around!  Nothing can ever replace the tremendous amount of support that readers bring to webcomics. :)
Print comics… are a whole different story!  I am 99.9% a digital artist so there’s something… magical about seeing the art on a different medium (print)!  It’s kind of like opening a present every time the printer starts plotting that ink down on that paper :)  And having a comic book printed?  It’s like holding your dreams in your hands.  It’s now something tangible, and heck, I can even give it a hug. :) 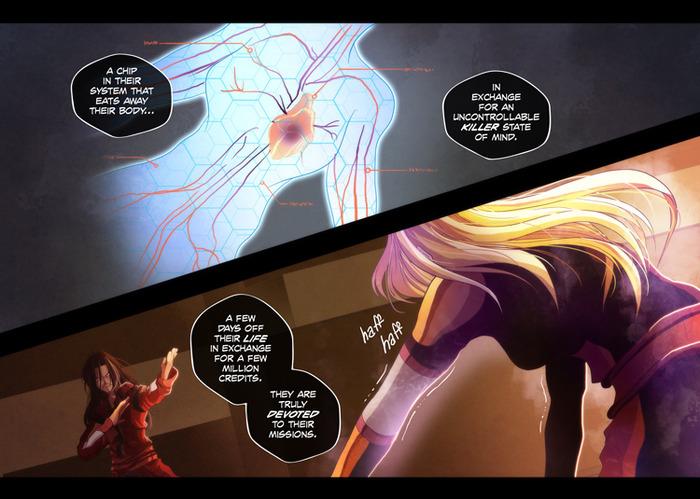 You’ve got quite a bit of material to cover in this project, is that why you’ve decided to print two 160 page full color volumes in this one Kickstarter?
Yep yep! I actually ran a poll with my readers and friends, asking around and seeing what they prefer :)   I mean, the book is as much as a gift for me as it is for my readers, so I want to make them happy :)
Unfortunately!  Everyone gave me different answers! Haha. It was literally almost a 50% split!  Half of them wanted two books, half of them wanted the story all in one book!  @_@
At the same time, I was really split on the decision too :(  Sometimes I don’t feel a solid book holds up very well when the paper weight is very heavy, you tend to have to be extra careful with each page…  Where as having two 160+ page comics, the binding is much stronger.  But at the same time, I love having collections!
So I was really really happy that I was able to make the 4th stretch goal and be able to provide backers with a choice to choose between receiving one giant book or two small books :)

As this isn’t your first Kickstarter what have you learned from your previous campaign that you’ve brought into this one?  What have you changed?
I’ve learned so much!  The Kickstarter community has been so awesome!
In my first kickstarter, I definitely spent a ton of time organizing the page. O_O I think it took me a week to double, triple, quadruple check everything to make sure I was getting things done right! … And then I realized that there was an additional waiting period between the time you submit your kickstarter and them approving it, and then an additional button to hit to say: “The project is now live!”
But thanks to running a previous kickstarter campaign, setting up my page and doing everything was so much easier.  This time I really really wanted to play around with doing a video, just for the heck of it.  And that was just a ton of fun, and all my friends flipped out watching the video too!
I also learned, thanks to the community, about “Add-ons” .   I had seen them done in other kickstarter pages but I was kind of confused and wasn’t sure exactly how it worked… but now I do! :) 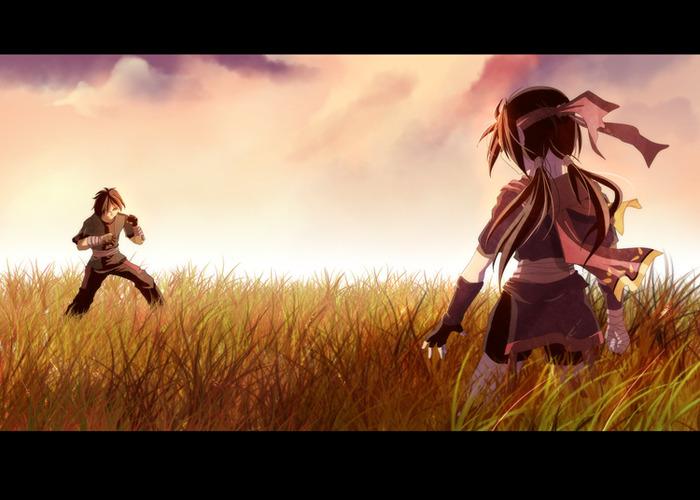 You mention that unlike your previous Kickstarter that this one contains more mature imagery.  Is this more mature style what you prefer or is it determined by story?
It’s determined by story :)  I’m still a growing comic book/manga artist, so I really really love experimenting.  This character (Ibuki) in particular I felt needed the maturity setting for her story to be told.  It was the only thing that would fit. And plus, it’s a new challenge.  :)   And I love challenges.

Your previous Kickstarter looks like it delivered its rewards early, do you think that was just good fulfillment planning on your part or a reflection of you padding your timeline for good measure?

I would like to say that it was good fulfillment planning, but to be honest… it was just me not knowing that much about working with offset printers ^^;.  Everyone I talked to who printed a book on their own through Ka-Blaam, Comixpress and other comic book printing companies always have an turnabout period of a month!  But I went with Transcontinental Printing, which was an extremely awesome printing company that even has a comics book department. After settling with a quote, they were able to deliver my comics in just 8 days!  I was way too surprised.  I did actually give myself a month buffer just in case too, so in addition to the books coming super early, it resulted in early reward deliveries :) 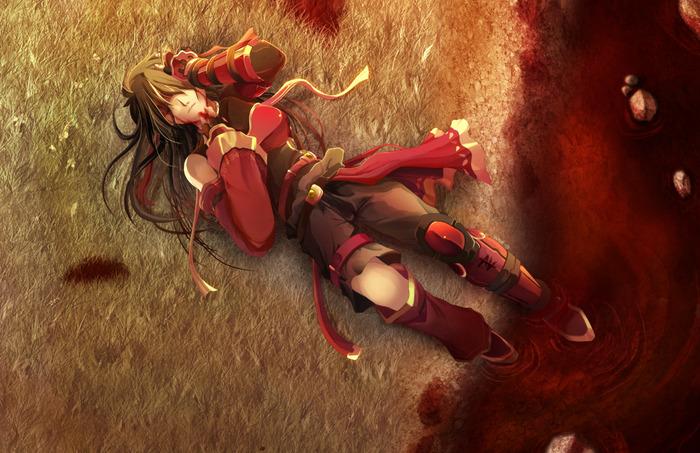 Now if you’ve ever read my recent interviews you know what I’m about to ask.  A big question I have with any Kickstarter is the Budget Breakdown, what plan has been made on spending the money.  Have there been allowances made for the various needs of the project?  The budget breakdown is a key business tool that lays everything out and shows the creator has a plan for the money once it’s in their hands.  Why don’t you have a budget breakdown?  Do you think it’s because you’ve already proven you can deliver that one wasn’t needed?  Where is the original $4,500 slated to go?

Oh O_O  Actually… I didn’t even really think about it!  I guess because in my previous kickstarter, I didn’t do one, I just forgot to do it in this one!  My budget breakdown is really straightforward, I suppose :)

I have intense excel spreadsheets (because I’m a weirdo and I think making math documents and formulas are fun XD )  that’s helping me with lots of calculations!  So they’re pretty exact :)  Even now, the budgeting for the kickstarter is still about the same-- except that there’s stickers, bookmarks and the book-sleeves in addition to everything else!

I think my first experience with Kickstarter was through this one kickstarter called “Reading with Pictures!” It was a graphic novel collection that was all about trying to prove that comics were just as strong a tool in the classroom as any other book for learning. I actually did coloring for one of the stories in that book too, but I had no idea what Kickstarter was until after the project was funded.  Man did the site look different back then! 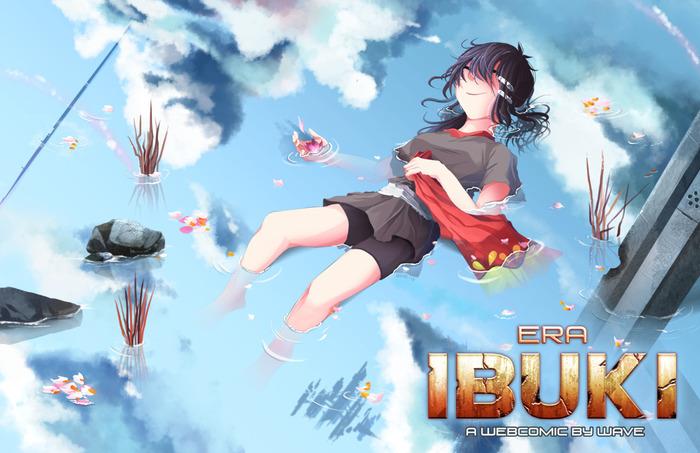 A key part of successful Kickstarters is backer participation and how to convert a potential backer into a full backer.   How are you engaging your backers?  What kinds of things do you have planned for updates to give notice to those who just hit the “remind me” button and surf on?  Interviews?  Videos?  Stories from the project?
I engage with my backers just by talking to them like I would if I had met them in real life :)  If they have any questions, I try to answer them as soon as I can!  I love talking to people :)
I try to only do updates as long as they’re super important and there’s going to be something big going on!  I’m always very wary about sending things to so many people’s inboxes!
But with this kickstarter, doing the updates have been extremely fun.  I started drawing comics to express my feelings about how much I can’t say “thank you” enough for everyone’s support!  And drawing the cute comics seem to bring smiles to everyone’s faces, which makes me happy too :)
What kind of media attention have you received with your project?  How are you spreading the word?  Facebook?  Twitter?  Google+? Youtube?  Advertising?  Are you using Kicktraq to track your progress?

I’m… I’m actually not sure!  I know my friends have talked about my project and shared the link with others… I have incredible friends and support, and because of that, I’m always a little wary about bothering them too much for their time!  So I’m really grateful that most of them had reblogged my Tweet and facebook posts!

I also just so happened to be lucky to be spotlighted on so many webcomic hosting sites!  They are wonderful too: MangaMagazine.net, Tapastic.com and Smackjeeves.com.  They helped me spread the word! 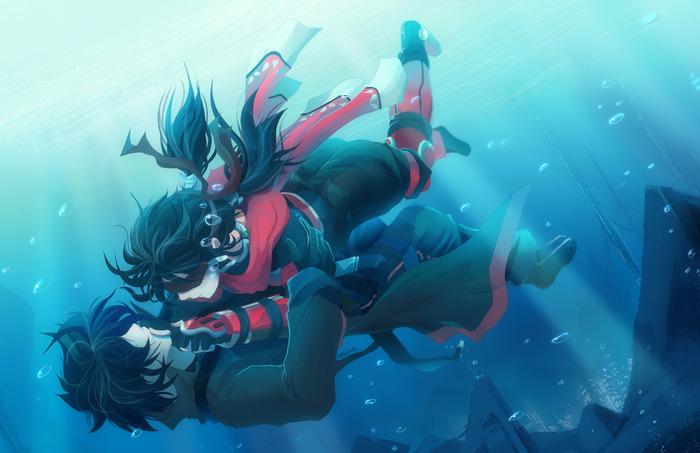 Do you have any tips/advice would you give to anyone looking to start a Kickstarter?
Yes yes! :)  I love spreading knowledge!  I actually wrote up a super huge tutorial to help people out too :)  If it’s ok, here’s the link!  http://www.mangamagazine.net/blogs/Waves-Adventures-with-Kickstarter-And-Book-Printing/detail-page/3929
Thank you for spending your time with us!  Do you have any final thoughts for our readers?
No, thank you so much for the interview! It was lots of fun!! :)  And yes!  Well, mostly to people who are working on webcomics too.
DON’T GIVE UP!
… Ever! Never EVER give up!
:)
Thanks again and I hope to hear good things from your Kickstarter!