A Universe to explore, interact, and conquer! For the Empress!

Welcome back to another Kickstarter Conversation! Today I am joined by the team from Perihelion Interactive LLC who are here to talk with us about their Kickstarter for The Mandate. Thank you all for coming.

Our pleasure! Let’s get to your questions as we suspect many folks will just skip over the introduction anyway! ;)

The project seem exciting for a few reasons, why don’t you tell us what the Mandate is all about and why others should be excited as well?
Do you like sci-fi? Do you like history? Would you like to the the former take inspiration from the latter? Do you want to be a space ship captain and manage a crew and not just a ship? Do you want a sandbox world that also has a strong narrative, with a campaign that adapts? If yes, you should take a closer look at the Mandate. 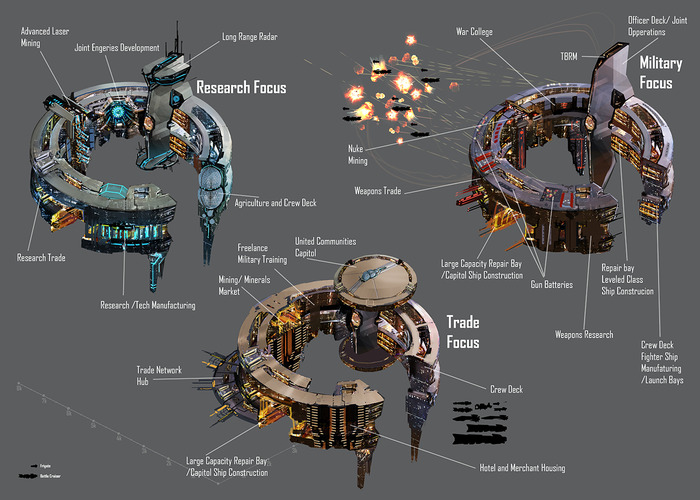 You seem to be taking a very classic, as in pen and paper classic, RPG approach to this game.  By focusing on universe building and backstory and then leaving the rest to the player that seems to be the opposite of how most games seem to be made these days.  Why make a sandbox and not a scripted story?  Is there an “endgame” beyond just not dying?
A sandbox game has more room for player choice and will let the player impact the game world more than a linear scripted story. It is our belief that games should be non-linear media. If you want a scripted story where the writer’s needs come before your own, then the Mandate is not the game for you. Non-linear sandbox games -if done right- also allows for a higher degree of replayability which means you get both more impact on the events in the game and you get to enjoy the game for a longer time. This adds value and makes the game more enticing.

The idea of real time combat both between ships and inside ships simultaneously sounds good yet at the same time either unmanageable by a single player or relies on having good AI.  How are you approaching this dual battlefield scale RTS system?
Very good question! Keep in mind that for the space ships you are a captain on a capital ship. This means that even the smallest ship will be 200 m long. It will not blow up in one unlucky hit, and it will move and maneuver more slowly. The space combat in The Mandate will be tactical and you will have time to react. Player skill and tactics will triumph over button mashing skills.


Outside of combat you seem to have a lot of options for the player like me who likes tweaking and choosing things.  Not only can we customize our ship but we can customize an outpost and help train our crew as well?  How is time handled outside of combat?  Will I be rushed to make decisions there too?
No, outside of combat you will be travelling around in a zoomed out mode. You can visit your base and conduct repairs and upgrades as well as issue orders to your research teams. You will have ample time to make decisions here. 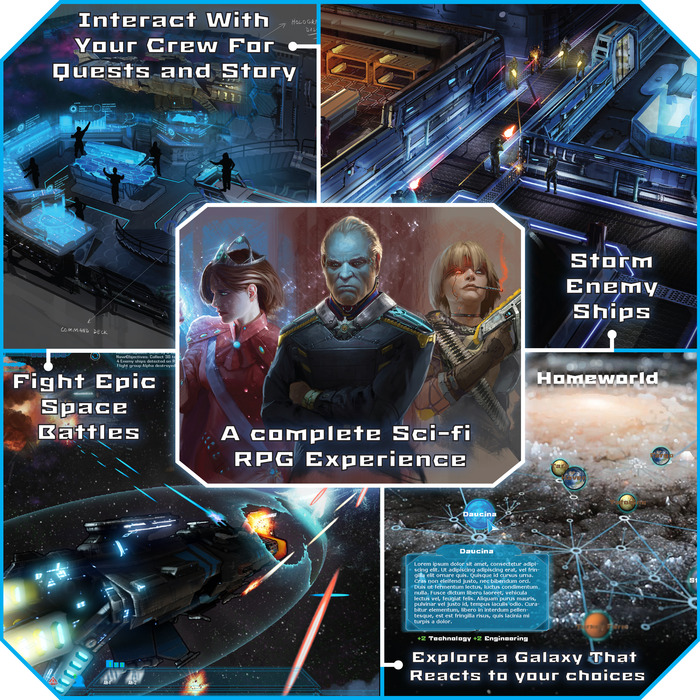 You mention that we will “Affect the world with your actions, not with your words.” Yet you also say we will “interact with your crew for quests and story.”  Does that mean there won’t be diplomatic options or will there be?  How are non-combat interactions going to work?  Will I be walking about my ship like in Mass Effect or will it just be menus and pictures?
The interaction will happen at multiple levels: with your crew, with your assets (ships, bases etc), with your faction and with other factions. Yes, you will be walking around your ship but you will see your character from an isometric perspective. You will also see your crew and officers going about their business and security personnel will salute you as you pass by.

I like that you have a “character background” creation system in mind.  How detailed a system are you planning?  Will it be a simple four choice type system like in Bioware Games or something deeper?  Will I be able to play the dashing playboy commander who got caught in a dalliance with a superior officer’s daughter?
First of all our prologue will be more involving than defining the color of your hair, the length of your nose or the voice over that should be used for your character. You start the game as a disgraced spaceship captain, and through the prologue you will explore how exactly and why you were court martialed and sentenced to prison. Your choices here will affect several starting parameters in the game as well as how later events develop (and whether they occur at all). We are planning for character customization (visual tweaks) but we are not ready to give out info about this yet. 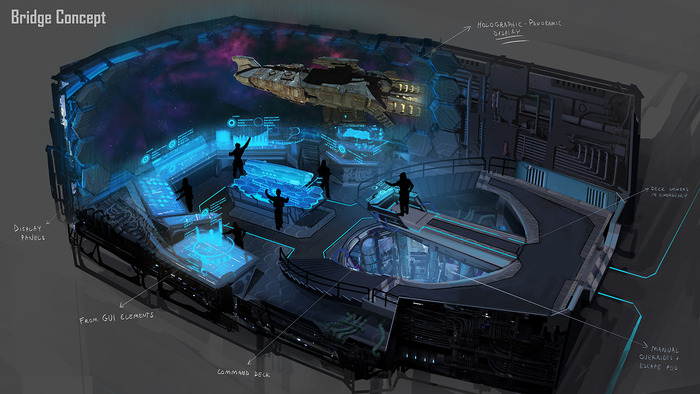 This seems like a very ambitious project and you have a similarly ambitious budget.  At $500,000 I would expect a budget breakdown of some kind to let potential backers know where the funds are planned to go.  Yet I don’t see one on your project, why is that?  Do you think potential backers might be less surprised by the goal if they knew where all the funds were going and why you needed them?
We understand that people are skeptical but we have set aside 60 days to share our vision with the Kickstarter community. However, we will not be rushed into answering this question. It is an important question and we want to do it right. We have seen other budget breakdowns with cake diagrams and while they are nice to look at, they do not go into sufficient detail. We would rather explain WHY we think we can deliver this game to reassure potential backers rather than list a few expense posts. Our reply will be technical, it will be thorough, and it will be complete. It will be more “dev speak” than what you normally expect to see. We are fine with people sitting on the fence for now.
How did you discover Kickstarter?
We have backed several projects on Kickstarter ourselves as individuals in the past. We have been planning our Kickstarter campaign for the last year. 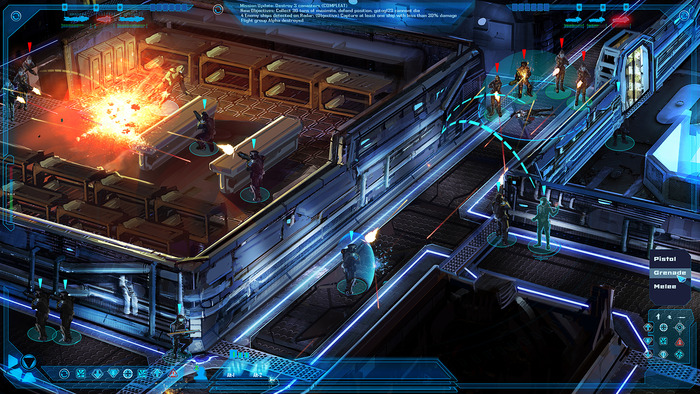 A key part of successful Kickstarters is backer participation and how to convert a potential backer into a full backer.   How are you engaging your backers?  What kinds of things do you have planned for updates to give notice to those who just hit the “remind me” button and surf on?  Interviews?  Videos?  Stories from the project?
We will provide more videos, more diaries and more interactive prototypes like the ship designer. In addition we are answering questions and comments from donors and other interested parties via Steam Greenlight forums, via emails and via Kickstarter.
What kind of media attention have you received with your project?  How are you spreading the word?  Facebook?  Twitter?  Google+? Youtube?  Advertising?  Are you using Kicktraq to track your progress?
We use Facebook, YouTube and Twitter. For twitter we have both our official site at @mandategame but also a roleplay twitter for the Empress Anastasia Romanova at @AnaEmpress and @AnaEmpress_ru

In addition to this we are in contact with the press and expect to see more coverage in the weeks ahead.

Oh,and check out our new propaganda machine at meme.mandategame.com 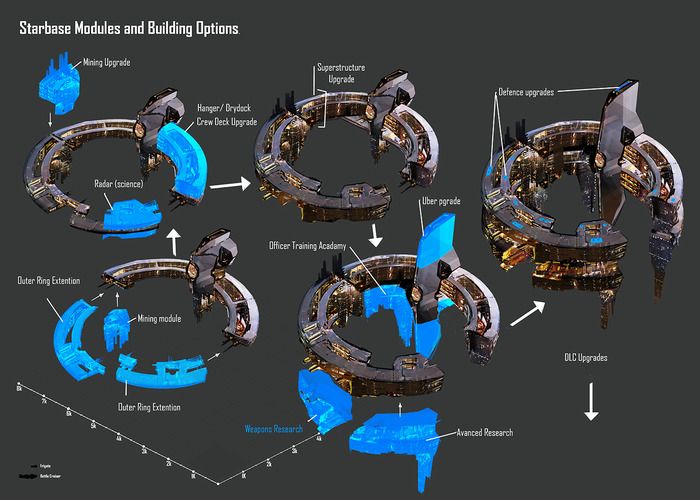 Do you have any tips/advice would you give to anyone looking to start a Kickstarter?
What are your game pillars? What makes your game unique? How can you show this in the best possible way? Are there similar projects which have succeeded or failed which are similar to yours? What can you learn from their successes or failures?
Thank you for spending your time with us!  Do you have any final thoughts for our readers?
We would have appreciated a few questions about the historical context of the game. It seems that Imperial Russia in space seems to attract a lot of attention both in Europe and the US. We have not had a lot of feedback from Russian gamers yet, but the little we have gotten, have been overwhelmingly positive.
Thanks again and I hope to hear good things from your Kickstarter!